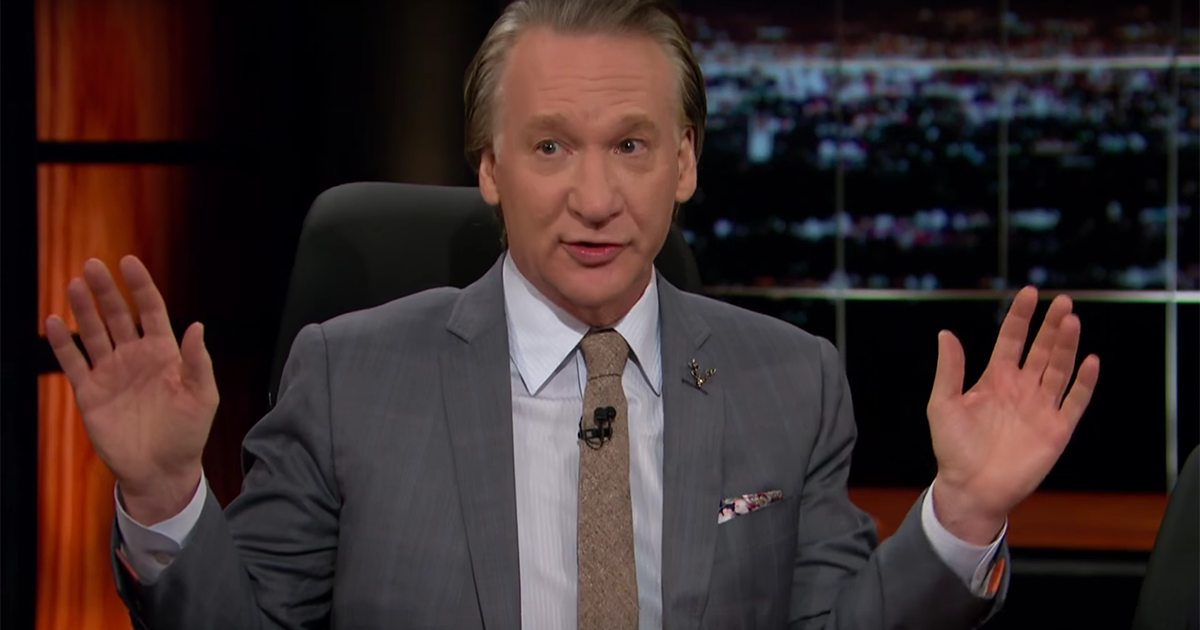 We had to know what Friday's "Real Time with Bill Maher" would be like once Sarah Palin came out implying that President Obama was to blame for her son's domestic abuse charges earlier this week.

While Palin was endorsing Donald Trump in Iowa her son was being arraigned on four misdemeanor counts. In her speech she said that we send our sons to fight in wars and they come back "a bit different."

"And then just glossed over that,” Maher said. “Like, we accept that now. We send our sons off to stupid wars and they come back 'a bit different' because he beat up his girlfriend, was talking suicide and she blamed that on Obama. And I'm sure that's why his girlfriend was cowering under the bed, because of Obama."

“Does it ever occur to anybody that the Obamas are just so much better parents?” Maher wondered aloud.

Libertarian Republican and "Real Time" guest Liz Mair may not agree with Obama's policies but she actually praised the president as an “amazing father” who does set a good example for other parents. Maher returned to Palin exclaiming,

“And she’s the worst! It's the most morally sloppy person going to Iowa to convince the evangelicals, the supposed moral people, to vote? That's why faith sucks so bad. Because when you have the same faith as me then whatever you do is off the table."

Congressman and Florida Senate candidate Alan Grayson thought that Palin's remarks were all nonsense that was pre-planned and written out for her. “Who wrote that for her, a bunch of drunk monkeys sitting at typewriters?” he asked. “Who wrote that?!"

Watch how the conversation devolved from there in the video below: