"But we're mad, we've been had, and we're not so glad, quoth the Lorax," Tina Fey said, remarkably similar to Palin 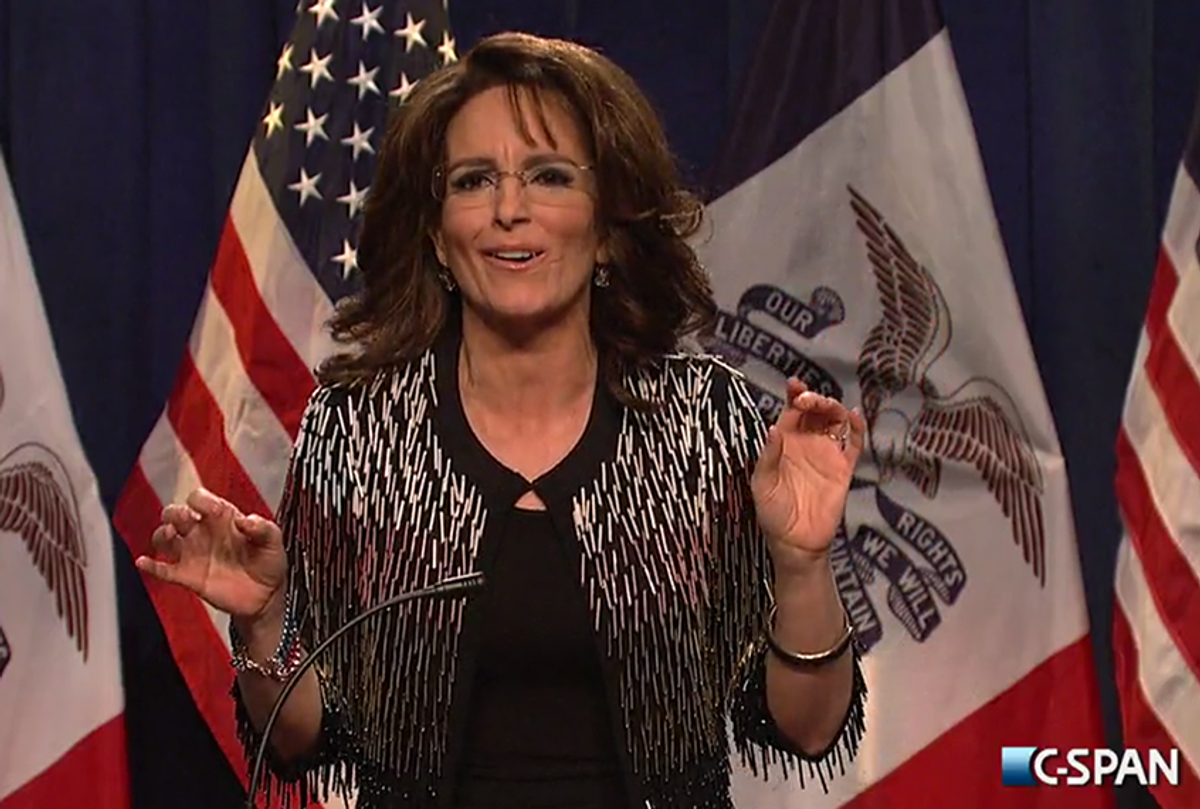 The most brilliant comedians know when something is so good that you don't even have to change the words to make people laugh. Such was the case on this week's "Saturday Night Live" when Tina Fey rocked another of her amazing Sarah Palin impressions by repeating Palin's endorsement speech of Donald Trump almost verbatim.

When Palin returned to the national stage this week to endorse Trump for President, no one was surprised. What took everyone back was Palin's weird, incoherent robot ramblings that Palin substituted for a normal endorsement.

If you listen to Fey's speech, it is nearly impossible to distinguish between her and the real thing unless you memorized the speech word for word. For example, Palin said:

"Heads are spinning, media heads are spinning. ... What they’re doing is wailing, 'well, Trump and his, uh, uh, uh, Trumpeters, they’re not conservative enough.' ... Right wingin’, bitter clingin’, proud clingers of our guns, our god, and our religions, and our Constitution. ... Isn’t [Trump] known for being able to command, fire! Are you ready for a commander-in-chief, you ready for a commander-in-chief who will let our warriors do their job and go kick ISIS ass?"

"Heads are spinning. They're saying Trump and his, uh, Trumpeters are right wingin', bitter clingin', proud clingers of our guns. But he can kick ISIS ass because he commands fire!"

Here's another one from Sarah Palin:

"They stomp on our neck, and then they tell us, 'Just chill, okay just relax.' Well, look, we are mad, and we’ve been had."

But Tina Fey's line is:

"They stomp on our necks, and say, 'What's the big deal, take a chill pill, Jill.' But we're mad, we've been had, and we're not so glad, quoth the Lorax."

Comedy genius. Check out this video: