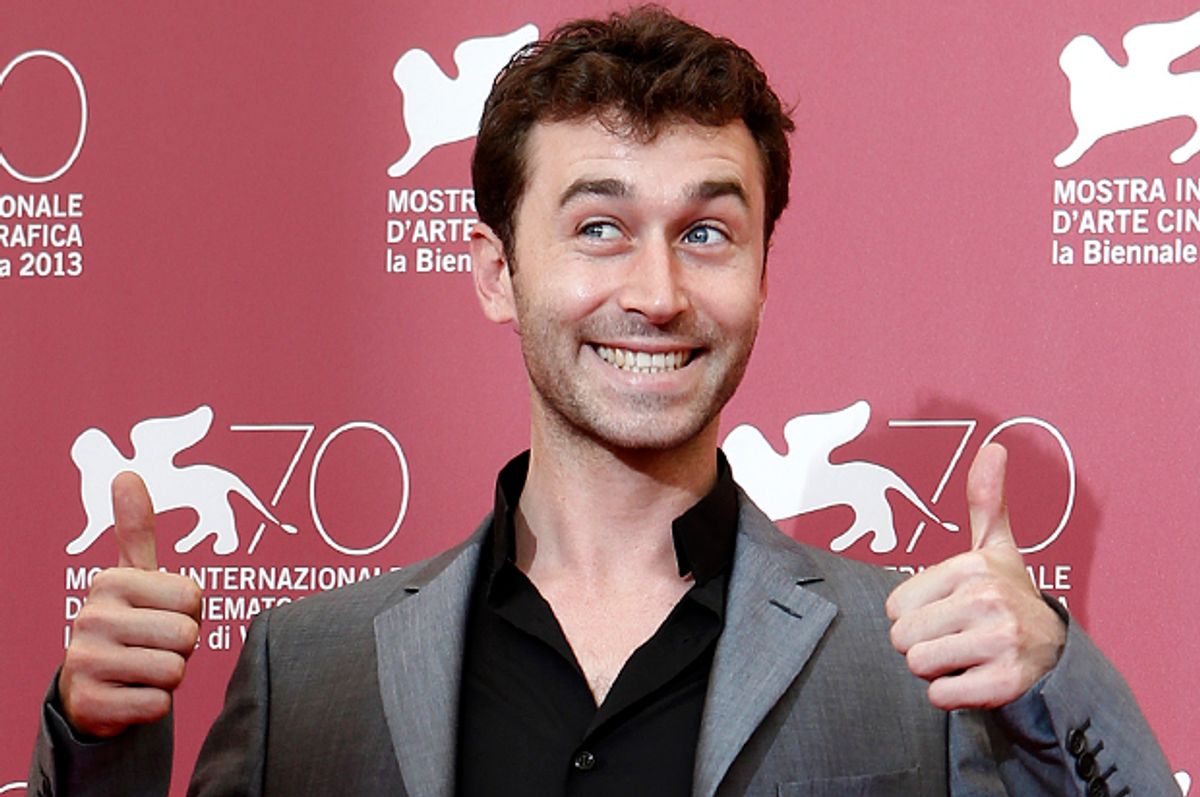 Why can’t we stop giving alleged abusers and rapists awards?

This weekend, the AVN Awards—who bill themselves on the website as the “Oscars of porn”—handed out two trophies to James Deen, the porn star who has been accused by nine women of sexually assaulting them. The allegations broke last November, when Deen’s ex-girlfriend Stoya (herself an adult performer) accused him of rape in a series of tweets. “James Deen held me down and fucked me while I said no, stop, used my safeword,” she wrote. Other accusers who have since come forward include Ashley Fires and Tori Lux, who allege a similar pattern of abuse—with Lux claiming that he also beat her during sex.

It’s also far from the first time that a voting body has chosen to give an entertainer a major honor after being charged or accused of a heinous, unspeakable act. This reflects a dangerous mindset—as illustrated in the ongoing Bill Cosby sexual assault scandal—that it’s more important to recognize the legacy or the contributions of an alleged abuser than to stand with their victims.

In 1987, Barbara Walters interviewed Sean Connery about his previous statements on domestic violence, and Connery defended the idea that it’s OK to beat women. “As I remember, you said you don’t do it with a clenched fist,” Walters recalled. “It’s better to do it with an open hand. Remember that?” In his initial interview—given to Playboy in 1965—Connery said: “If a woman is a bitch, or hysterical, or bloody-minded continually, then I’d do it.” Rather than walking back his remarks, the former James Bond stood by them. “I haven’t changed my opinion. … No, not at all,” he responded.

If these comments aren’t surprising coming from an actor who became famous for playing a character who enjoyed hitting women (like, a lot), Connery’s ex-wife alleged that those statements weren’t mere conjecture. Diane Cilento, the Scottish actor’s first wife, told Britain's Daily Mail that the former James Bond beat her in the face and knocked her unconscious during a fight back in 1965. When she examined herself the next morning in the bathroom mirror, she told the Daily Mail, “I felt sure my face would never be the same again.”

Rather than taking a stand against his behavior—and refusal to apologize for it—the Oscars gave him his first trophy in 1988, just a year after the Walters interview aired. Sean Connery won Best Supporting Actor for his performance in Brian de Palma’s “The Untouchables.” He would later go onto be voted People’s “Sexiest Man Alive” the following year, as well as the magazine’s “Sexiest Man of the Century” a decade later. He was even knighted in 2000.

That’s hardly the first time the Academy Awards have looked the other way in regards to an actor’s violent past. In 2010, Michael Fassbender’s ex-girlfriend, Sunawin Andrews, filed a restraining order against the Irish actor (“Shame,” “X-Men First Class”). According to a TMZ report, Andrews alleged that Fassbender “threw me over a chair breaking my nose” after a night of heavy drinking. “Andrews also says [Fassbender] allegedly dragged her alongside their car one night after they had an argument about one of her ex-boyfriends ... causing her to twist her left ankle, blow out her left knee cap and burst an ovarian cyst,” the order alleges.

Since that time, Fassbender has been nominated for two Oscars and is major contender in this year’s Best Actor race for his performance in Danny Boyle’s “Steve Jobs.” In addition, the ever in-demand leading man been shortlisted for three Golden Globes, two SAG awards, four BAFTAs, nine London Film Critics Circle awards, and an Indie Spirit award. It’s not just that the Oscars have refused to take a stand—but that no one else has either.

In one of the most egregious examples ever, Rihanna had to lift her restraining order against ex-boyfriend Chris Brown in 2011 so that he could attend the Grammys. Two years after photos of Rihanna’s bloodied face went viral on the Internet, Brown was nominated for three awards—including Best Contemporary R&B Album. The following year, he received three more bids—and actually took home a trophy for Best Rap Album for “F.A.M.E.,” despite the fact that the record was universally reviled by critics. One reviewer called it a “vile, despicable album,” calling its “very existence is a frightening indictment of our times.” If that weren’t bad enough, the Grammys also invited him to perform five musical numbers.

Whether you choose to support any of these actors or musicians is a matter of personal discernment—if you believe it’s personally valid to separate the artist from their work. I know friends who still guiltily listen to R. Kelly’s “Ignition (Remix),” because it’s a catchy tune that recalls a time before Kelly was associated with numerous statutory rape allegations. Whether you’re OK with supporting his music is between you and your god. After all, even legendary music critic Jim DeRogatis (who personally testified in the musician’s 2008 trial) once called R. Kelly “a musical genius.”

But there’s little argument that Kelly deserved eight more Grammy noms after beating charges that he had sex with a 14-year-old on tape. (As Slate’s Josh Levin reported, “the state's attorneys might have swayed the jury if Judge Vincent Gaughan had allowed them to present evidence of Kelly's past transgressions, like the four known settlements he's paid to underage girls who've accused him of sexual misconduct.”) Did Roman Polanski really need a Best Director Oscar for “The Pianist”—34 years after he fled the country on sexual assault charges? What about Woody Allen, who got honored with an honorary lifetime achievement award at the Golden Globes in 2013, despite allegations Allen had molested Dylan Farrow, his former stepdaughter?

If awards groups like the Oscars, the Globes, and basically everyone else refuse to take a stand against those who have been accused or convicted of assault, one moment from the AVN Awards is encouraging. Maxim’s Ali Drucker noted that the crowd gave Deen the silent treatment all night. “When his photo was plastered on the monitor as the nominees were read, no one seemed to cheer for him the way they yelled and clapped for the other performer,” Drucker reported. “After all, who wants to applaud an alleged serial rapist?” Because Deen’s wins were in relatively lower categories, he didn’t even get to accept the awards he did win on stage.

Given James Deen’s chilly reception—and the fact that numerous other entertainers refused to pose with him or even mention Deen during interviews—it appears that the industry may do what its own version of the Oscars won’t: Support women. If there’s any justice in the world, Deen won’t have any performances to be nominated for next year.