The truth about "smart drugs": They probably won't make you smart unless you already are

Most of the reports of positive effects from "smart drugs" is still anecdotal, so make sure to do your research 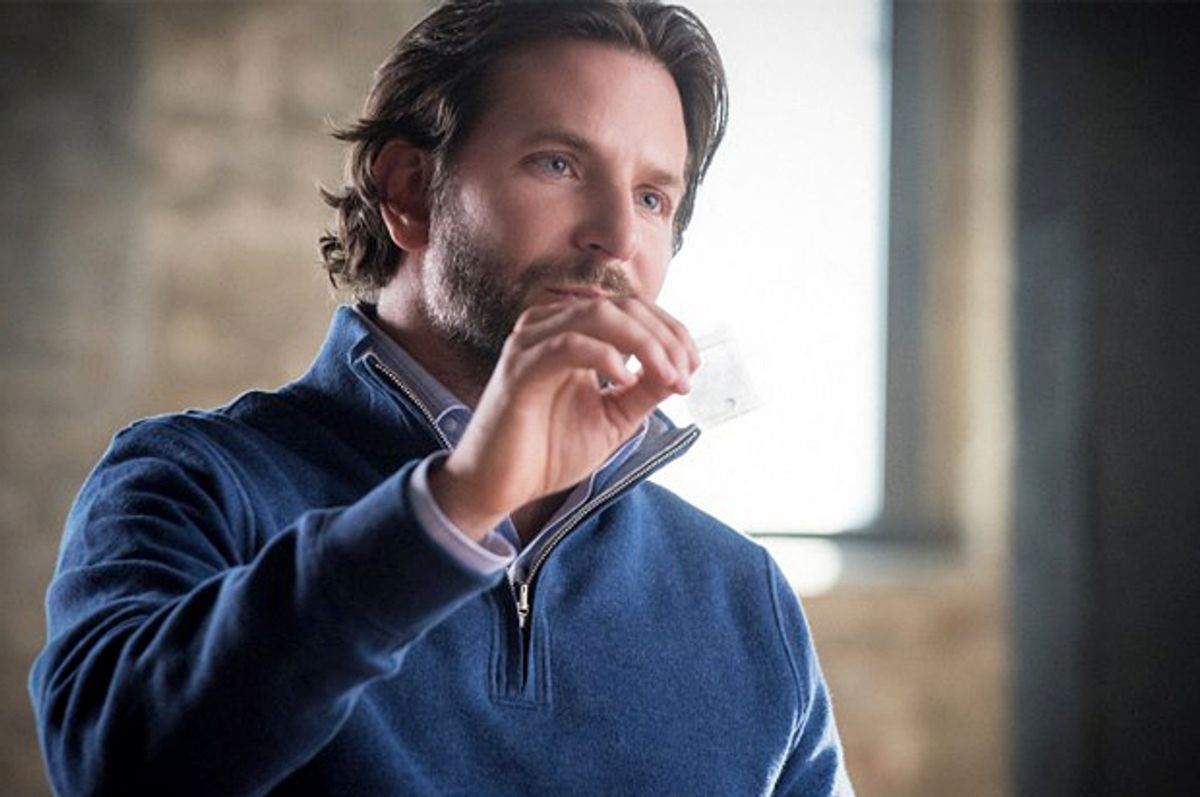 In the 2011 movie Limitless, our loser-turned-hero Bradley Cooper takes a pill, writes a novel in a few days, becomes an investment tycoon, and performs other tricks of mental derring-do. And of course at the end of the movie (spoiler alert!), he gets the girl. If only such a pill really existed.

Well, it may. Sort of. Welcome to the world of nootropics, or smart drugs. Nootropics (derived from Greek words that mean to bend the mind) are categories of drugs, supplements and other additives and stimulants that enhance memory, cognitive function and even intelligence. For thousands of years, humankind has sought ways to improve the mind, and many believe that modern science is on the cusp of achieving that goal, albeit with many caveats.

The brain, as you might expect, is a complicated and metabolically ravenous organ. There’s a lot going on up there, and when all processes are clicking as they should, the body and mind are generally alert and optimally functioning. When the brain metabolism is off, though, both mind and body suffer. That’s where smart drugs come in. The goal behind them is to tweak the brain metabolism and keep the neurons firing in a focused way. For instance, there is a neurotransmitter in the brain called acetylcholine, which is the main agent in memory formation. Nootropic proponents theorize that if we enhance the acetycholine, we can enhance memory function. The abilities to reason, to plan, to focus and to avoid acting on impulse are some of the higher functions of the brain that nootropics target.

It’s a mistake to think of smart drugs as steroids for the brain. The drugs don’t create more brain matter, like steroids create muscle. Instead, their goal is to focus the brain and make it work more efficiently. As Amy Arnsten, a professor of neurobiology at Yale medical School put it to the BBC, “You’re not taking Homer Simpson and making him into Einstein.”

In other words, smart drugs don’t make you smart unless you already are smart. Steven Rose, emeritus professor of life sciences at the Open University observed, “What most of these are actually doing is enabling the person who’s taking them to focus.”

Most prescription smart drugs, like the stimulant modafinil, a popular smart drug among students, were developed for specific medical disorders (in the case of modafinil, narcolepsy, ADHD, and other similar cognitive conditions) and are used off-label for cognitive enhancement. Modafinil users reported increased wakefulness, focus, motivation and concentration. While these drugs have been shown to balance the function of a cognitively impaired brain, until recently, there was no scientific proof that they improved cognitive function in a healthy brain. In fact, the limited studies showed just the opposite, impaired functioning. However, a recent study conducted by Harvard Medical School and the University of Oxford seemed to indicate that modafinil did indeed improve cognitive skills that involved complex tasks (but not memory function or other cognitive skills).

Psycho-stimulants like Adderall and Ritalin, two other widely used "smart drugs," were developed for individuals with diagnosed attention deficit disorder, and have been used instead by students for enhanced focus. There have been no significant studies proving their effectiveness for this use, although there is much anecdotal hype. Side effects from both drugs can be significant, including sleeplessness, nausea, dependency, and even heart problems.

Not all nootropics are prescription drugs, and a number of nutritional supplements are purported to have cognition-enhancing abilities. Entrepreneurs are taking notice. Dave Asprey, founder of Bulletproof Nutrition, has been a prominent promoter of nootropics as a way to “hack” human biology. He claims to have spent 15 years and over a quarter of a million dollars using himself as a guinea pig for his nutritional beliefs. His goal has been to find the right combination, or “stack,” of nutritional supplements to help his body, and more importantly, his brain, reach its full potential. He boasts to have increased his IQ by 20 points, and told CNN, "It feels almost seamless, like I just got upgraded....That's a gift."

Maybe the most popular non-prescription nootropic is piracetam. Developed in Belgium in the 1960s, the supplement has a relatively long history, and as such, is considered safe, non-toxic and non-addictive. Piracetam is thought to improve the function of acetylcholine in the brain, the neurotransmitter involved in memory formation. Its popularity can be attributed to its apparent safety and relative low cost, as well as its purported mild but noticeable cognitive enhancement. Its side effects, if experienced at all, are minimal, including possible mild headache and stomach upset.

Adrafinil is another popular non-prescription smart drug. When taken, the liver converts adrafinil into modafinil. Because it has to be taken in larger doses, and can cause an elevation in liver enzymes, adrafinil cannot be taken on a continual basis. Users have reported a sharper, more alert mind and increased motivation.

Recently, creatine has been eyed as a potent smart drug. A popular supplement for body builders (often mistaken as a steroid, which it is not), creatine is a naturally occurring product in the body formed from two amino acids, glycine and arginine. Normally used to help athletes build muscle, some small-scale studies have shown creatine may be helpful in improving memory, cognitive processing, and even enhancing IQ.

Theanine (or L-theanine) is another amino acid that has shown nootropic potential. Studies have indicated that theanine affects the level of neurotransmitters, is helpful to young boys with ADHD, and in combination with caffeine, has improved focus and alertness (presumably more than caffeine alone). The amino acid is prevalent in green tea, and has been recognized by the FDA as safe.

Choline is a precursor molecule to the memory neurotransmitter acetylcholine. Users of choline as a nootropic report improved memory and focus. Not all forms of choline are actually able to penetrate through the blood-brain barrier, however. Alpha-GPC and citicholine are two forms of the nutrient that are more bio-available.

Noopept is a chemical that was originally discovered by Russian researchers. Up to 1000 times more powerful than piracetam, Noopept can be taken in very small doses. Users reported Noopept increased their focus and memory, cognition, as well as their logical thinking.

It is important to note that most of the positive effects that have been reported by nootropic enthusiasts has been anecdotal. That is, strict scientific protocols have not firmly established their effectiveness. In 2014, the National Institutes for Health noted, “It is clear from the current lack of research in the field that much work needs to be done in order to determine the safety of cognitive enhancers, particularly among adolescents, the population most likely to take advantage of these drugs should they become available. "

Many of the positive effects may be nothing more than placebos. Additionally, much of the scientific studies have been done on animals like rats, and making the leap from rat to human is a large leap indeed. As more and more smart drugs crop up, more side effects have been noted. And there are, for the most part, no studies to establish that the drugs are safe over long periods of time. Always do your research, and consult your doctor before deciding to add any of these medicines or supplements to your daily regimen.