"I mean, Fox News almost sh*t their pants when he and Michelle fist-bumped!" cracked Wilmore 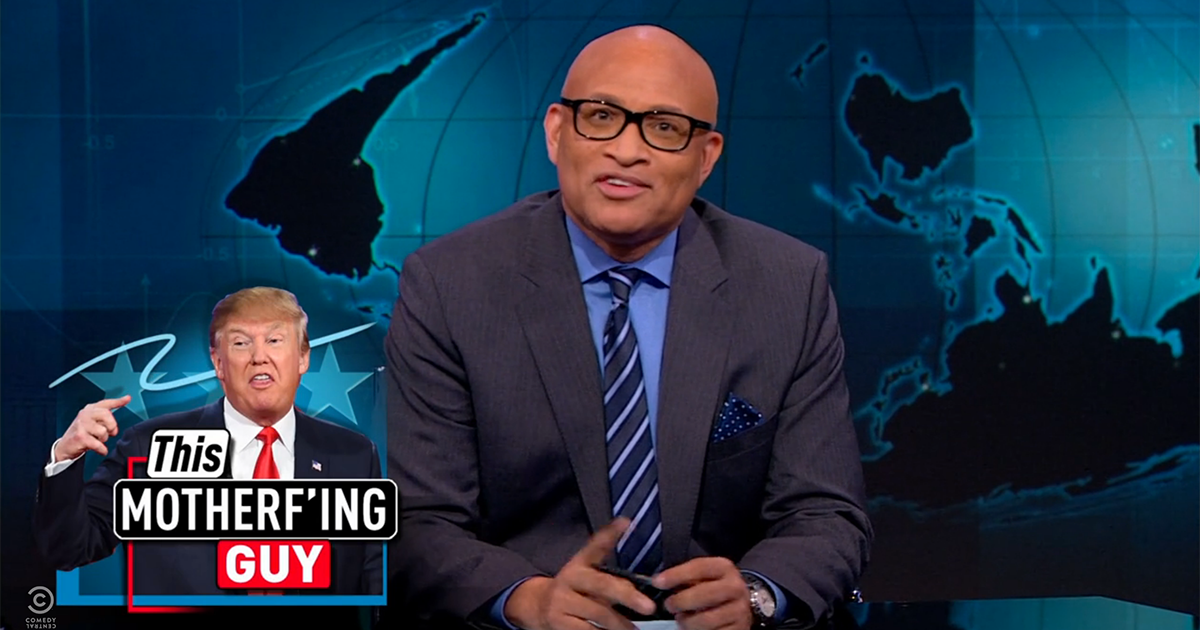 Larry Wilmore started out Monday's "Nightly Show" telling us that Trump has found a new ethnic group for his supporters to throw out of his rallies: Sikhs. The man was wearing a red turban and the crowd went wild as he was escorted out. It sets the Trump Hate Bingo card on fire!

But hate-filled supporters aren't the only ones Trump surrounds himself with, he hires them too! Someone finally went through Trump staffer Katrina Pierson's tweets and found where she said "this corrupt country has a head Negro in charge." Keepin' it classy. Wilmore says that the saying is actually from another "n-word" and called out Pierson for going full n-word.

And his numbers just keep climbing. "Trump himself can't believe how indestructible his following is," Wilmore said, before playing the clip of Trump saying he could shoot someone on Fifth Avenue and his followers would still stand with him. "You're going to make a joke about shooting someone and getting away with it? Can you imagine what would have happened if the 'head negro in charge' had made a joke like that?" Wilmore said. "Do you think he would have been put in charge of all of our weapons?... I mean, Fox News almost shit their pants when he and Michelle fist-bumped!"

Check out a visit from the Trump Troll and a great discussion in the panel about Trump in the videos below: