You can take the girl off the Disney Channel, but you can't make her stop shouting her way through a scene 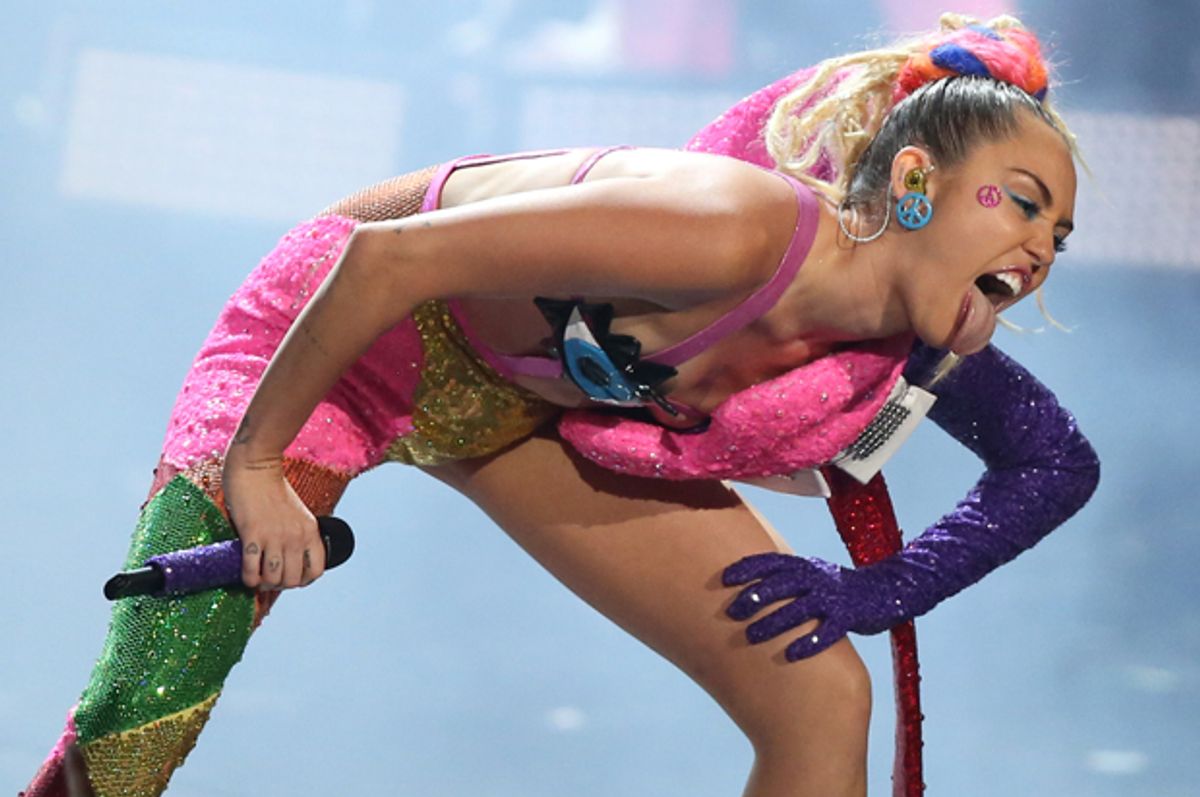 In what sounds like the least necessary thing to happen thus far in 2016 entertainment, on Monday Deadline first reported that Miley Cyrus has been cast in Woody Allen's new six episode, sixties-era Amazon series, along with Elaine May. On the upside, we all get to wonder who will come out of this whole thing looking the worst.

Allen first announced the Amazon project — his first television series — a year ago. At the time, he admitted, "I don’t know how I got into this. I have no ideas and I’m not sure where to begin." And speaking with Deadline when he was at Cannes last year, promoting "Irrational Man," he sounded just as unenthused, saying, "I kept saying I have no ideas for it, that I never watch television. I don’t know the first thing about it. Well, this went on for a year and a half, and they kept making a better deal and a better deal…. I have regretted every second since I said OK. It’s been so hard for me. I had the cocky confidence, well, I’ll do it like I do a movie… it’ll be a movie in six parts. Turns out, it’s not. For me, it has been very, very difficult. I’ve been struggling and struggling and struggling…. It’s amazing how you can regret. I haven’t had a pleasurable moment since I undertook it."

The 80 year-old Allen may yet still be miserable, but on Instagram Monday, his new star seemed considerably more into it. "F__k yeah ! Stoked to be in Woody Allens first series!!!!!" Miley Cyrus wrote, captioning a photo of a painting of Allen. "I had claimed 2016 to be my year of 'chillin the f__k out' but next to my bed for a few years now has been this portrait of W.A. & I was looking into his eyes when I got the call to be apart of the cast and work alongside the bad a$$ Elaine May & da dude himself! 1960zzzz here I cummmmm."

The announcement of the unique casting -- and the combination of two polarizing celebrities -- set off a collective wave of "Whaaaaa?" among pop culture fans. Vanity Fair observed, "It’s incredible to consider that Cyrus — who just a few months ago had a finger in every controversy she could find while hosting the VMAs—would be headlining a prestige comedy from Woody Allen." Because it's cool that you can be a man who has dated teenagers and been accused of sex abuse and you're the one who gets the word "prestige" attached to his name. But it's not Miley's penchant for shock that's the problem here.

I am pro Miley. Over the past several years, she's navigated the difficult waters of transitioning from Disney teen queen to wildly successful grown-up music star, and she's done it on her own defiantly weirdo terms. She's become an advocate for homeless LGBT youth and been outspoken about her own exploration of gender and sexuality. She's called out the sexist hypocrisy of our culture's attitudes towards women's bodies, while continuing to cheerfully do exactly whatever the hell she wants with her own body and image. That she uses her fame to speak out for the things she believes in, that she seems very much in the driver's seat of her career and life, put her way ahead of so many women in the entertainment industry and even further ahead of so many former child stars. In short, Miley is awesome. I am also not afraid to court your scorn and say I think she's a talented vocalist. And if she wants to expand herself creatively — as her idol Allen is — bravo for risk taking. But — and I say this as a mother of two girls who has put in thousands of hours of "Hannah Montana" time — girl can't act.

Perhaps she has evolved since her time at the Mouse network, where ACTING IN ALL CAPS is the default method, you say? Have you seen her on "SNL"? Seen her, just a few months ago, her VMAs sketches?  It is not good. Look, you can put a woman in a Joan Holloway wiggle skirt, but you can't make her a legitimate thespian.While Allen has directed Diane Keaton, Mira Sorvino, Diane Wiest, Penelope Cruz, and Cate Blanchett to Academy Awards, Miley Cyrus is not any of those women. Combine Allen's gritted teeth approach to the entire project and a star who, to put it in her words, can't be tamed, yikes. Cyrus at least sounds happy, and Allen for his part sounds miserable, which is his version of happy, so they're both set. For the rest of us though, it just looks like Peak TV has started sliding downhill fast.