"Her neurotic fixation on Gov. LePage is bizarre," his office replied, "what is her weird fascination with him?" 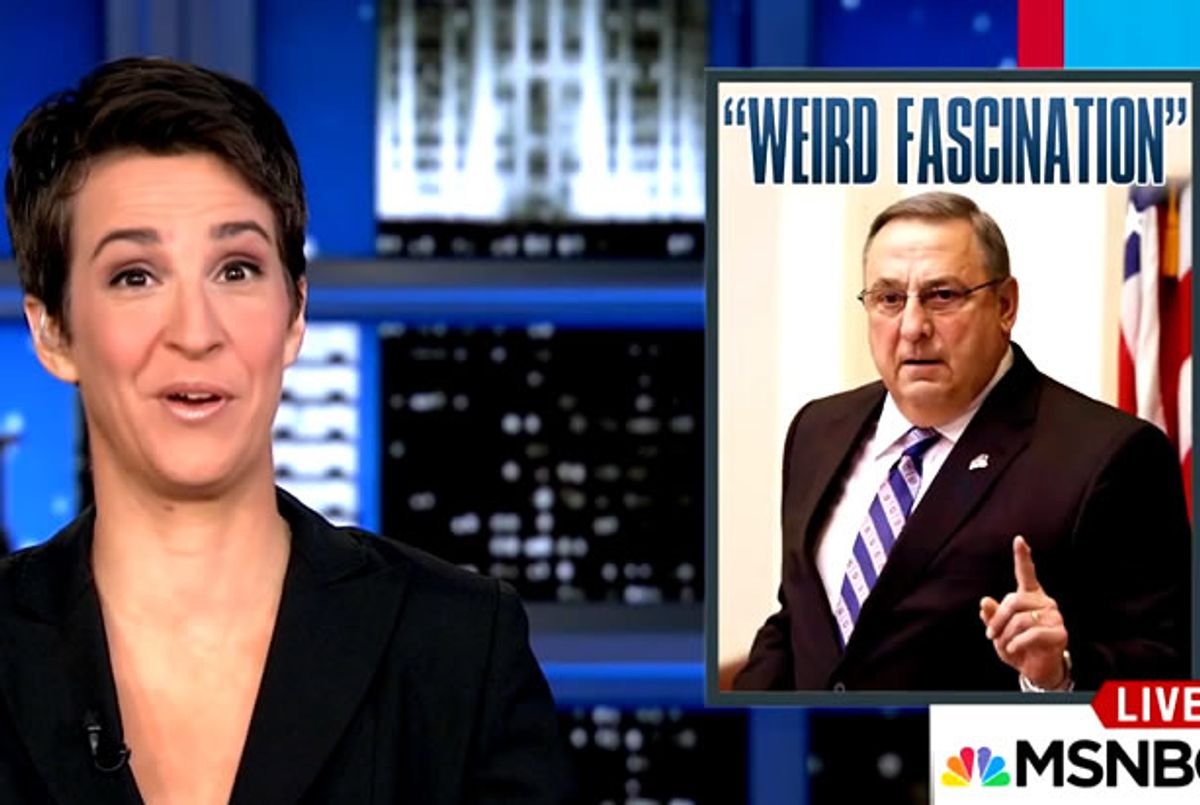 On Monday's edition of "The Rachel Maddow Show," host Rachel Maddow shared the exchange she and her staffers had with Maine Governor Paul LePage's (R) office after they attempted to determine whether the governor would be attending and speaking at the "state of the state" address now that the threat of impeachment had been tabled.

Maddow presented a screen shot of her staffers' incredibly reasonable request for information as to whether LePage would be in attendance -- and if so, would he be giving a speech -- and then showed the response from the governor's spokesperson, Peter Steele:

"Why does Rachel Maddow have such an unnatural obsession with Governor LePage? Her neurotic fixation on him is kind of bizarre."

The Maddow staffer replied, "[i]s this seriously your response? Should we take this to mean that the governor has not yet made up his mind?"

"It is a serious question," Steele responded. "Does Rachel have ties to Maine? If not, what is her weird fascination with him?"

Maddow's staffer wrote back more more time, trying once and for all to determine this simple matter of fact, and Steele again replied childishly -- "Of course I can answer that question, but you first. What's with Maddow's obsession with the governor?"

"Our 'obsessiveness' is only about the news," the Maddow staffer replied. As of the time the last night's episode was recorded, the show had not received any other reply from the governor's office.