White women of publishing: New survey shows a lack of diversity behind the scenes in book world

Marlon James was right—the industry is overwhelmingly white (and female). Will new initiatives change that? 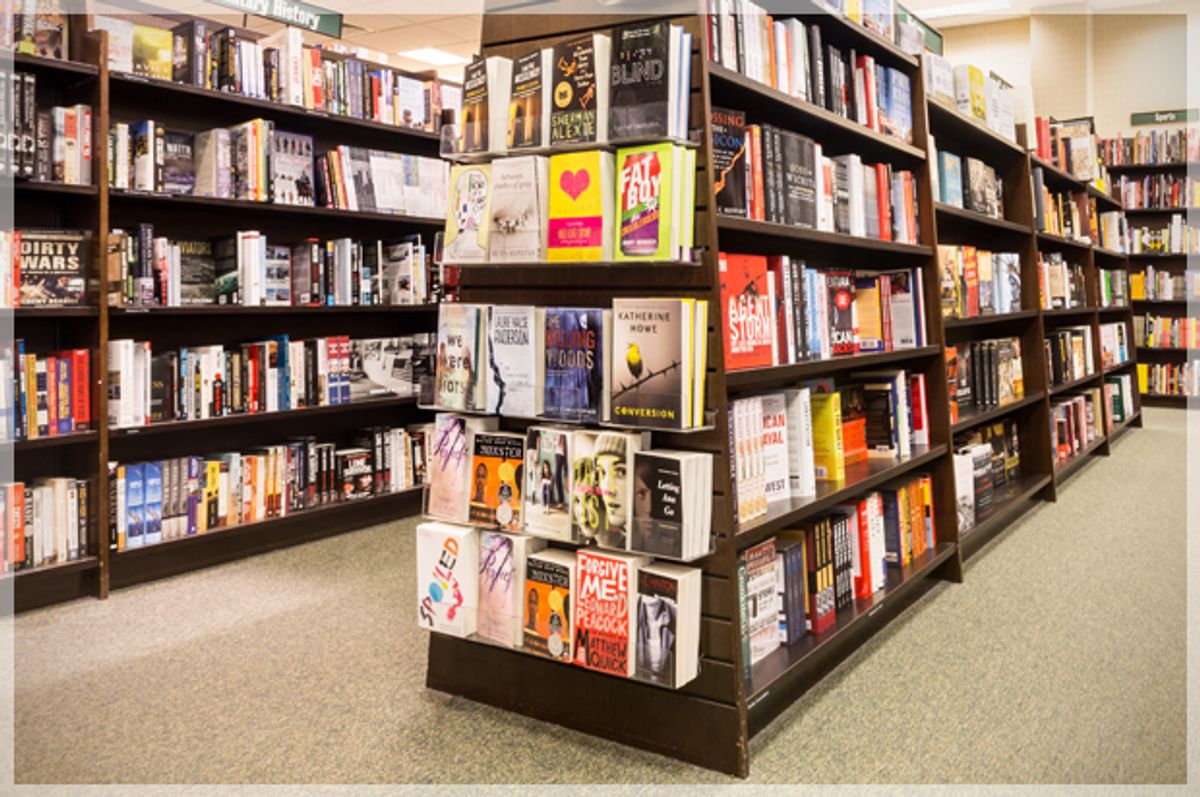 Lee & Low has just released its findings from the first ever Diversity Baseline Survey in the book industry. Instead of focusing on the percentages of authors and characters of color in published books, this survey provided a statistical snapshot of everyone else currently working in publishing, ranging from editors to shelf-stockers. Thirty-four publishers participated, including Penguin Random House. The findings show that publishing staff and professional reviewers are overwhelmingly white.

It was in advance of this report’s findings that, last week, the BBC reported that Penguin Random House (PRH)  will no longer require job applicants to have a college degree. The book community immediately started discussing the implications of its "diversity" statement. Via press release, PRH’s Group Human Resources Director, Neil Morrison, had stated:  "We believe this is critical to our future — to publish the best books that appeal to readers everywhere. We need to have people from different backgrounds with different perspectives and a workforce that truly reflects today's society."

Good, yes? Sure. But that decision requires unpacking, because it's not quite what it was being made out to mean. For starters, it only applies to Penguin Random House's offices in the UK, because it’s already been the policy for quite some time in its offices in the United States.

Penguin Random House is a global publisher, with offices around the world. In conversation with me, Stuart Applebaum of PRH in New York City explained that the company favors a decentralized approach for management, letting each location make "autonomous operational decisions." In other words, the London offices are playing catch up to policies already routinely implemented in the US. The publisher’s American offices have long been advertising jobs requiring a "college degree or equivalent work experience," and many postings make no mention of a college degree at all. Exceptions to this flexible stance were positions requiring specific professional certification, such as CPA or lawyer.

The “publishing business” isn't just editors, illustrators, and writers. It's lawyers and accountants, security officers, office staff, marketing and sales, book designers, publicists, office managers, tech support, janitors, and human resource officers, for starters. That's before moving on to the printing and warehousing side of book publishing operations. So to strive for a "workforce that truly reflects today's society," as the PRH-UK press release stated, doesn't mean that newly hired assistant editors will suddenly be brilliant women of color who would be literary superstars were it not for lack of a college degree barring their entry. A "diversified" workforce doesn’t necessarily implicate editorial hires at all.

Right now, Penguin Random House-NYC has entry-level job openings for a "finance assistant," "sales assistant," and "subsidiary rights assistant," all of which require a "4-year-college degree or equivalent work experience." But when authors critique institutional barriers to diversity in publishing, they’re not thinking about these kinds of positions. They're talking about gatekeepers with the power to say Yes to a manuscript and get it marketed with all the resources at the publishing house's disposal. In an email to me, Jennifer Baker, creator of the Minorities in Publishing podcast, stressed that there are "marginalized people with degrees" who are already not being considered for editorial positions in the United States.

How come? The primary institutional barriers preventing meaningful change in the publishing industry aren't "college degrees"-- and by this, we are not meant to understand degrees in criminal justice and sports therapy but in the liberal arts, perhaps majoring in math or philosophy. These colleges are typically private and white dominated, making the degree a symptom rather than cause of homogeneous (white) perspectives in publishing. The drivers are class prejudices combined with competitive striving for social status.

In the US, class and status are largely determined by financial assets (“wealth”), and are closely bound up with whiteness as a political system. In the UK, class and status are far more dependent on family name and legacy. This is not to say that racism doesn't exist in the UK; a recent poll showed that 43 percent of Brits are proud of the legacy of colonialism, which is racism deployed as an Empire-building strategy. Rather, it is to stress that the royals would still get to rule even if they were broke, for the same reason that a penniless hereditary upper class would still make up the House of Lords. This is the weight and power of class structures. "We have made great progress on tackling inequality but we know that inequality doesn't just come from your gender, race, sexual orientation or disability," noted Labour leader Harriet Harman in 2008. “What overarches all of these is where you live, your family background, your wealth and social class.”

Since then, the UK has made efforts to tackle its rigid class system by focusing on the university degree, because admission to private schools used to be uniquely about social position. As a British friend clarified in an email: “the likes of Eton [today] accept pupils purely on academic basis whereas in the old days it was 100% class based.” In England, in other words, the “college degree” signals social station and class. By joining other British businesses in eliminating it as a requirement, PRH-UK is tacitly acknowledging its tea-and-crumpets version of “civilization” as a creature of class biases. In its former colony (the present US), these biases are pretended away as so much fiction, because in theory, the American Revolution was all about getting away from the tyrannies imposed by that civilizing apparatus. Either way, degrees are shorthand for pedigrees-- familial in one location, intellectual in another.

“Flies are born to be eaten by spiders and man to be devoured by sorrow,” Voltaire wrote about the comedy of the human condition. Flies can’t change the fact that spiders find them delicious, but human anguish isn’t fated by destiny. How to reform entrenched class structures in a country that cherishes the myth of itself as a classless society?

It begins by forcing reality onto a business literally built on selling fiction. In this project, data is helpful. “While there have been many conversations about the lack of diversity among publishing staff," notes independent publisher Lee & Low’s Hannah Ehrlich in an email to me, “there is little data showing us where we are right now. If we are serious about addressing this issue, the place to start is with transparency, data, and collective ownership as an industry."

We now have the data, and the overall picture is clear: as an industry, publishing is white and female. At the executive level, publishing is 86 percent white, 59 percent female, 89 percent “straight/heterosexual,” and 96 percent normatively-abled. At the editorial level, those numbers are virtually the same, except it is even more dominated by women. When 2015 Man Booker winner Marlon James controversially stated that “we writers of colour spend way too much time pandering to the white woman,” he was more accurate than he knew: The “archetype of the white woman” setting the tone for the industry is sitting behind 84 percent of editorial desks.

With this knowledge in hand, it is helpful to return to the example set by Penguin Random House. PRH-UK has stated its intent to pay more than lip service to diversity hiring initiatives. Among other things, it plans on actively reaching out to recruit diverse applicants to get them into editorial positions, while rolling out new approaches to reach candidates “from a range of backgrounds and from outside of London,” and also training managers on how to avoid “unconscious bias.” Soon, hopefully, some of that talent will not only include diverse editors behind desks, but visionary directors in its boardroom.