As the I Don't Cares, Westerberg and Hatfield have winning collaborative chemistry 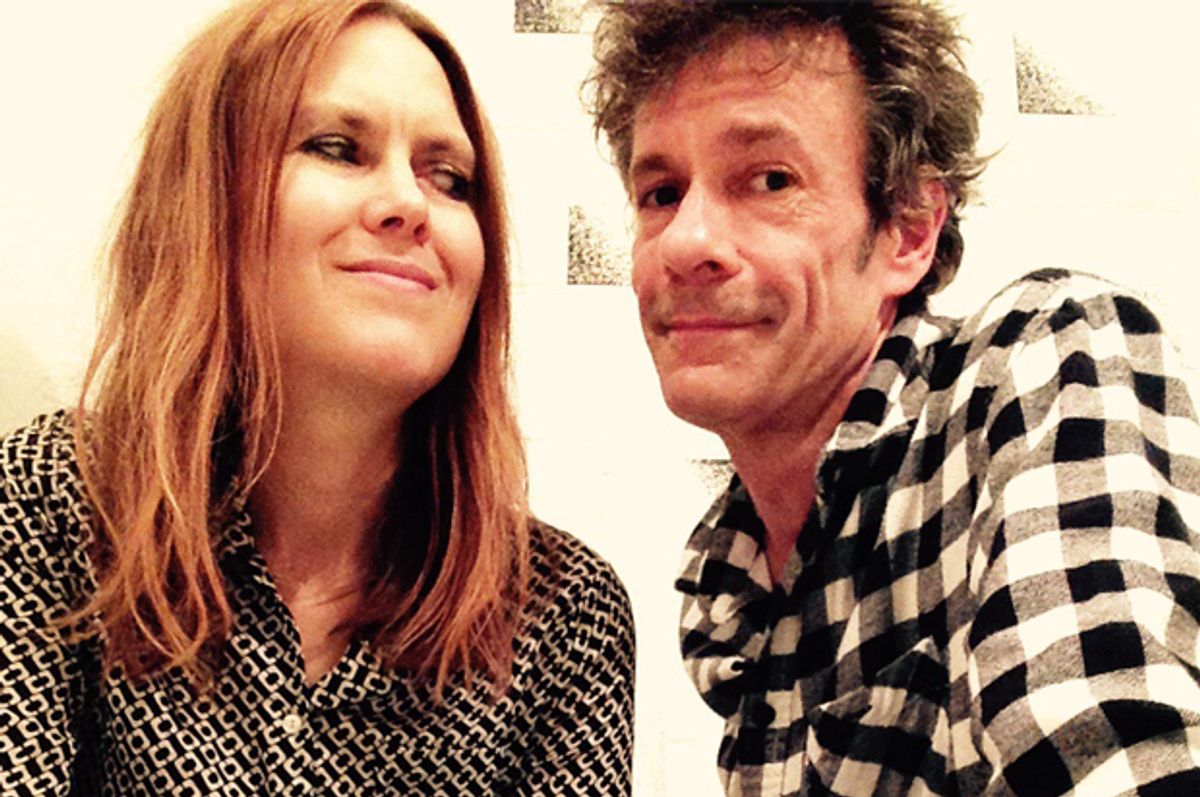 Julianna Hatfield and Paul Westerberg of The I Dont Cares
--

Paul Westerberg opens his latest collaboration with Juliana Hatfield with a track called “Back,” on which the chorus states, “I’m back if you’ll have me.” On the surface, the song could be about reconciliation, not the run-through-the-meadow-while-birds-flit-around you reconciliation, but the more realistic, adult kind—“I’m back if you’ll have me now/if you’ll have me just as I am,” Westerberg sings at the last chorus. But through another lens, “Back” could also be taken as a statement of return by an artist whose presence in rock 'n' roll has been inconsistent at best over the last decade or so. The truth is that it’s most likely about both aspects, in equal measure.

“Wild Stab” is the name of the record from Paul Westerberg and Juliana Hatfield, under the nom de plume the I Don’t Cares. It’s 16 songs that clock in just under an hour, and it is an almost uniformly delightful experience. Some songs are good; some songs are great; and there are only a few that probably should have been left as outtakes. There are hooks and riffs and clever turns of phrase; there are bold declarations, and much quieter ones. There is so much to like on the record, and it’s tremendously accessible and listenable.

When artists brand their latest grouping as “the I Don’t Cares” it’s both a Boy Howdy and a fuck you; obviously, by releasing art into the world, artists obviously care or they would just record for themselves at home. Once you know that Paul Westerberg is attached to this particular concern, the attitude of the monicker starts to make more sense in some fashion. What does the artistic outfit not care about? Is it success? Is it critical opinion? Is it a sign of giving up, or a more zen-like release of resistance? In a conversation last week with Peter Wolf on Vanyaland, Westerberg makes the case that it’s probably (and unsurprisingly) all of the above.

There are some tremendously vulnerable moments, such as “Kissing Break,” a beautiful acoustic duet, or “Born for Me,” which Westerberg already tried on his 1999 release "Suicaine Gratifaction." It’s moments like those, as well as Westerberg’s Phil Lynott tribute “Need the Guys,” that, combined, set a more Johnny-and-June tone for the album than Westerberg’s usual loner-in-a-basement vibe. It sounds like a love story, and once they both open that door musically, it’s hard to not remember that Hatfield dedicated a chapter of her 2008 memoir to Westerberg. In an interview with Peter Wolf on Vanyaland, Paul confesses to the romance, and that he’d originally written “Born for Me” for Hatfield back in the day, and that “Need the Guys” was also for her. There’s also an image inside the CD of the two holding hands that mirrors the two guitars on the front cover.

All of that, charming as it might be, is exponentially less important than Hatfield’s role as a collaborator and facilitator. (Westerberg notes in the Vanyaland interview that she was essentially playing the role of an executive producer.) In addition to her instrumental and vocal contributions (and her voice is a lovely companion to Westerberg’s), Hatfield acts as a sounding board for Westerberg, providing a trusted second ear to help winnow through what sounds like a mountain of lost songs in his basement. “She brought a lot of this to life that otherwise would have sat in the basement and rotted,” Westerberg tells Wolf. While modern technology is freeing to an artist, allowing them to work at their own speed without the costs or restrictions of a recording studio, it’s also easy to get caught up in a feedback loop, both positive and negative or just neutral, in Westerberg’s case; he confesses to Wolf in the Vanyaland interview that “You don’t know your good stuff after a while,” or even what’s on some of the tapes.

“Wild Stab” is a very warm-sounding record--the production is deliberately rough, and the guitars and vocals have great tone. But in the background, accompanying every track, is a drum machine. If you’ve listened to any of Westerberg’s recent one-off releases over the past decade, you’re used to it; it made sense that was the case with the dozen or so numbers that he knocked out at his home studio in his basement. But on this record, it does every single song a terrible disservice, despite Westerberg’s insistence in the Vanyaland interview that the drum machine is a deliberate choice: “It’s not putting the drums in such an important role that it takes over the song, it’s about the words and voices of the two singers.” The problem is that the tinny, mechanical quality of the drums does become overpowering on more than a few of the tracks, and detracts from the otherwise essential, bare-bones production that enhances the rest of the composition.

The record is also sequenced well, and deliberately (which Westerberg also confirms in the conversation with Wolf) but the most artful sequence is in the final run, beginning with track 12, “King of America.” This is the section of the record where “Wild Stab” shifts from enjoyable to essential. Westerberg has never been overtly political, outside of the oblique and likely unintentional messages in songs like “Fuck School” or “Customer,” but this all changes with “King of America.” The message is wrapped in robust, rippling instrumentation, but the lyrics are bitter and direct:

“I clean your floors, scrubbed your toilets
Man I swept under your feet
Worked in your stores
Every boy gets one chance, you’re laughing at me
Now it’s my turn to bleed
Shout it out: King of America”

It’s one of the most profound, astonishing lyrics he’s released, and even more so when you remember that he was working as a janitor when he discovered the Stinson brothers and Chris Mars rehearsing in the basement of the Stinson house. The stark narration of the verses belies the singability of the choruses in an almost “Born in the USA”-like fashion, and makes one wonder what else in this vein is lost on a tape somewhere.

“All the little people can go to hell” is the key line from the track that follows, “Little People.” And then the next track, “Whole Lotta Nothin’” signs and seals the sentiment of this three-pack. “I’m an icon/everyone hit delete/I’d really like some/whole lotta nothin’ like me. ” It’s this three-pack of brilliant compositions where listeners will find themselves fervently wishing for a larger production, for a real drummer, for a little more separation, for the best possible presentation. Westerberg insists in the Vanyaland interview that his guideline for the production was that he was looking for the goosebump moment, and the songs still do deliver because they’re good songs--but they could absolutely sound just a little better without losing the roughness and immediacy of the production.

“Done Done Done” should have been cut, cut, cut, but it’s there as insulation, to stop people from getting to the end of the record, because it’s on the 16th track where Westerberg takes a deep breath and digs deep to tell listeners what the record is all about: “Hands Together.” It’s a vivid, intense, daydream of a lyric as abstract as it is heart-rending, backed by a shimmering melody. He even manages to get in one or two of those great Westerbergian turns of phrase, “Dinner with a cup of coffee that likes to be called a mug” or “The newspaper gets older every minute.” It’s stream-of-consciousness with a purpose, it’s giving away his secrets, telling his truths, it’s breathtaking and uncomfortable and he knows it. This is another track that Westerberg tells Wolf would have been lost, except for Hatfield’s skill in digging through the reject pile and pulling it out.

Westerberg tried writing more songs for the last version of the Replacements, but it didn’t gel. There hasn’t been a proper solo record from him since 2004’s "Folker," or even much music at all since he released a series of one-offs and digital EPs in 2008 and 2009. It feels like what’s been missing is that second ear, a trusted collaborator who can help guide Westerberg through the maze he created for himself, and get his music out of the basement and into the world. Let’s hope that “Wild Stab” is not the last time that Hatfield (or anyone else) gets to dig around in Westerberg’s basement vault of lost gems and almost-songs.