"I see you're wearing an Apple watch": That's how Trevor Noah opened his DeRay Mckesson interview

"You're not oppressed then. You're having a good time," Noah cracked on last night's "Daily Show" 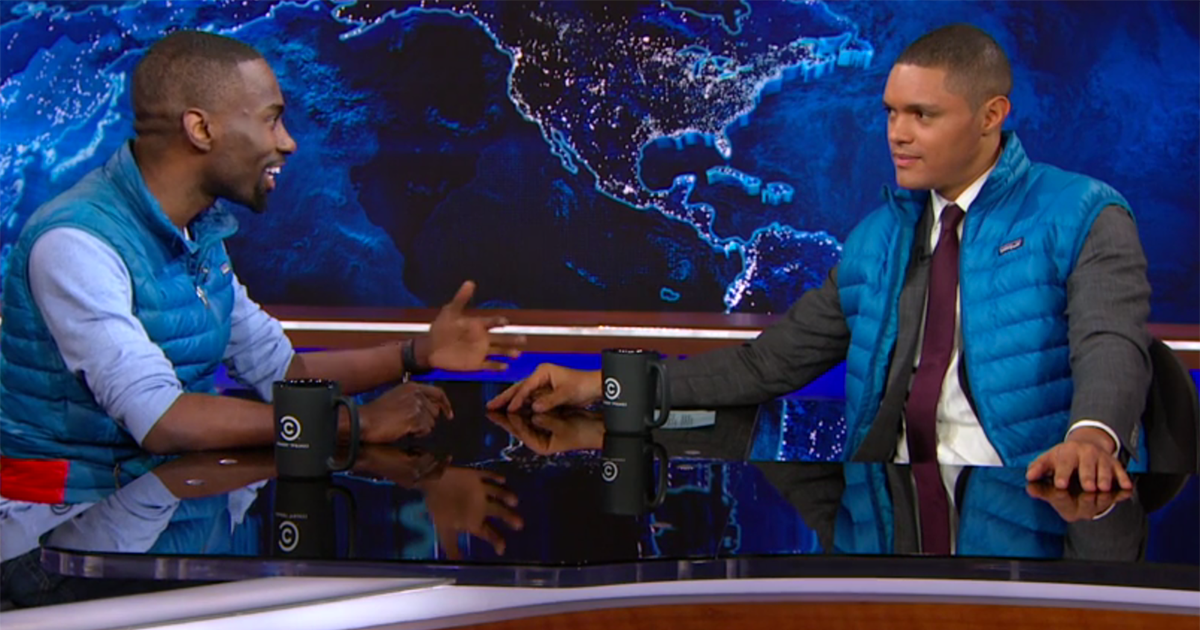 DeRay Mckesson has been making the rounds of the talk shows to discuss Campaign Zero, his latest project working to end police brutality. He sat down with Trevor Noah on Tuesday's "Daily Show."

"I see you're wearing an Apple watch. You're not oppressed then. You're having a good time," Noah said to Black Lives Matter activist DeRay Mckesson while wearing the signature blue vest. A strange way to begin an interview. There's no "racism free" app.

Mckesson talked about the ways in which people don't think about institutionalized racism. Literacy, for example. "You don't [not] teach people to read for 200 years and then say, 'Everybody gets free books!' That doesn't account for the fact that people who weren't able to read, they weren't allowed to read."

Noah asked how to deal with situations where communities of color actually want more policing in their neighborhoods to help solve crime, but then are welcoming in people that "you're going to complain about for the way they treat you in the community." Mckesson explained that it is more about a broader conception of safety that doesn't "center the police." Police aren't the only people who can respond to a crisis in a community. He explained that social workers, mental health professionals, religious leaders and others have the capacity to help communities. It doesn't always have to be police.

"Safety is more expansive than policing. It's about strong schools, health care, grocery stores. And that's what I help those people understand."

Check out the rest of the expanded interview below: