He suggested the executions be public, and that there be a hole into which the heads could fall 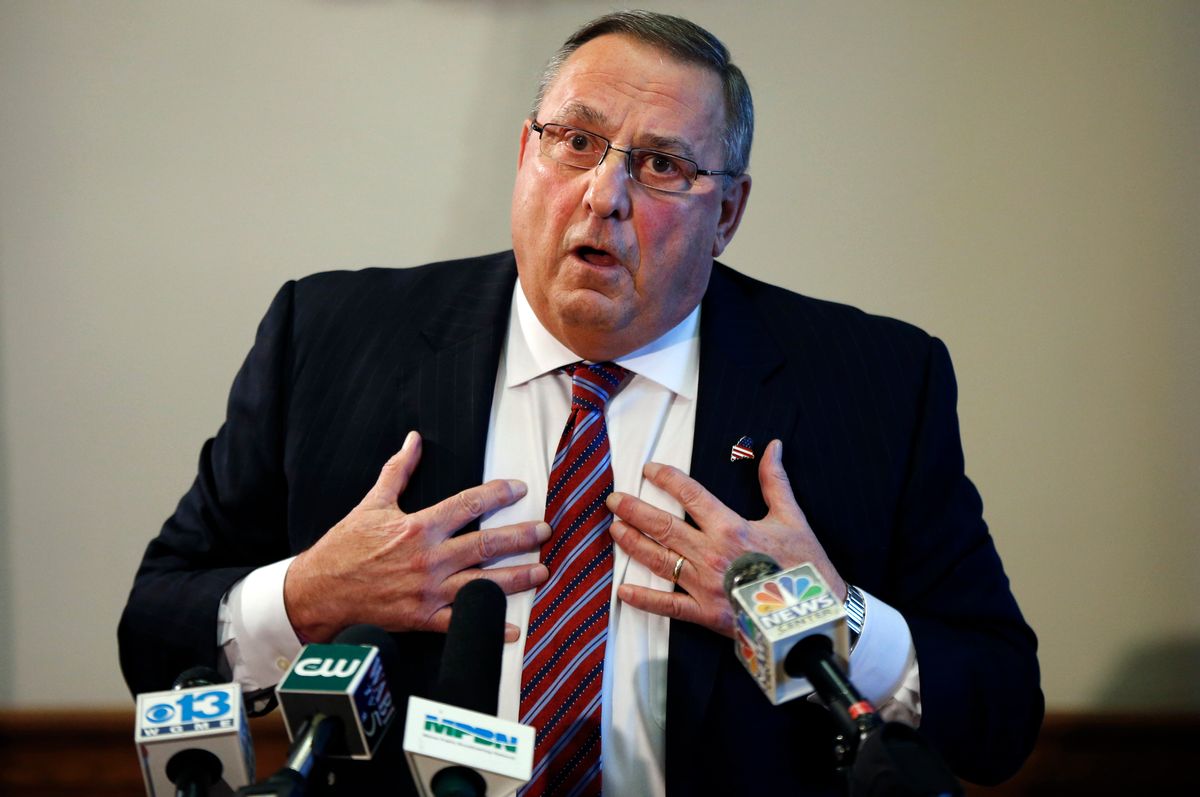 Maine Governor Paul LePage (R), last seen harassing Rachel Maddow for having the temerity to ask him a question, berating men who allow their wives to have checkbooks, and claiming that black men sneak into his state to impregnate white women -- the very same Gov. LePage appeared on WVOM for his weekly radio address and speculated that the state would be well-served to "bring the guillotine back" for convicted drug dealers.

LePage is well-connected with fringe elements in the conservative coalition, so he may have stolen the idea from the discredited 2014 reports that the Obama administration had purchased 30,000 guillotines so it could legally behead apostates after it declared Sharia Law. But wherever the idea came from, he certainly was enthusiastic in his endorsement of it.

"If you want my honest opinion, we should give them an injection of the stuff they sell," he suggested. Note that he is talking about dealers, not those convicted of committing a violent crime while using the drugs. "I’m just appalled at people getting angry at me for making a comment when they protect these people. And the ACLU, mind you, is the worst organization in the state of Maine protecting these people."

The hosts attempted to wrap up the interview, but LePage was apparently too worked up with blood lust to allow that to happen.

"What I think," he continued, "is we ought to bring the guillotine back. We could have public executions, and we could even have a hole which [the head] falls in."

Listen to the governor's entire statement here via WVOM FM.