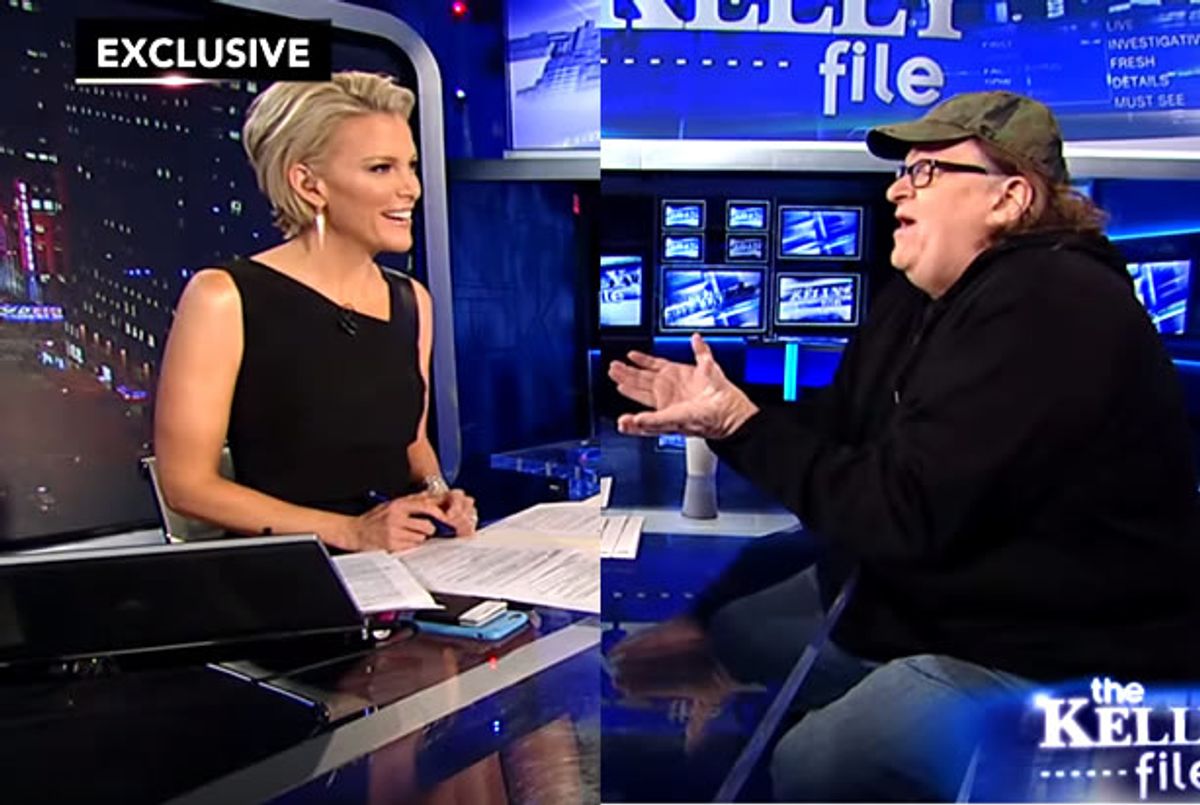 On "The Kelly File" Tuesday, host Megyn Kelly welcomed in liberal documentarian Michael Moore for what turned out to be a surprisingly cordial chat about President Barack Obama's legacy, as well as her ongoing feud with Donald Trump -- which resulted yesterday in the GOP front-runner pulling out of the Fox News/Google debate, which she will be moderating.

Moore began by offering genuine praise for the Fox News host, asking her "What does this [Trump fiasco] feel like to you? Because you don't want to be the story -- you're a journalist."

"What is he afraid of?" Moore later asked. "I'm sitting here, and I don't feel any fear. You have done something that Jeb Bush, Chris Christie, [Marco] Rubio, [Ted] Cruz, none of them have been able to do -- which is to essentially frighten him, make him run, shut him down."

The pair also discussed the legacy of the current president, with Moore lamenting that he hadn't been able to accomplish more during his eight years in office -- in particular, that he wished Obama had implemented a single-payer healthcare system, and that he had followed through on his campaign promise to close down Guantanamo Bay.

Watch their entire conversation below via Fox News.