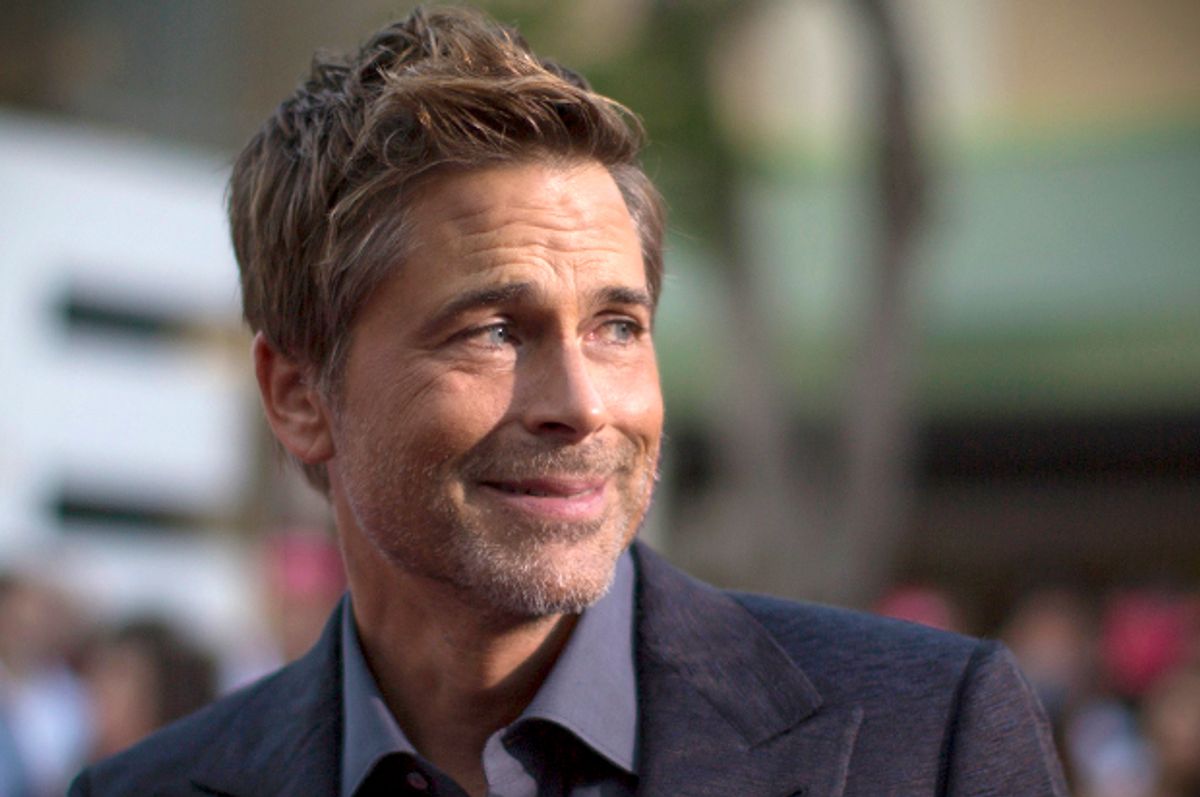 Bernie Sanders has surprised everyone in his polling and may be ready to win the Iowa causus. He’s got the intense support of voters, especially young ones. But his biggest opponent may not be Hillary Clinton or Martin O’Malley, but a fictional character. At least, that’s how it’s looking now, after Rob Lowe tweeted a rant from his old “West Wing” deputy press secretary, Sam Seaborn, at Sanders during CNN’s Democratic Town Hall.

As with a lot of snappy Aaron Sorkin-penned dialogue, it’s funny with a side of mean: Despite Seaborn’s membership in a Democratic administration, the speech gets a bit close to Mitt Romney’s infamous 47 percent comment. Instead of saying that 47 percent of Americans are no-good moochers who rely on the virtuous -- job creators, or offspring of governors like Romney himself – Seaborn announces that while he pays 27 times the taxes of an average citizen, “I don’t get 27 more votes on election day, the fire department doesn’t come to my house 27 times faster, and the water doesn’t come out of my faucet 27 times hotter. The top one percent of wage earners in this country pay for 22 percent of this country.” He stops short of calling names, at least.

So what are Lowe’s politics really like? He’s not a famous Hollywood conservative like Gary Oldman or a gun-slinger like Vince Vaughn. Politically, he can be hard to read: Lowe used an odd metaphor in a 2014 New York Times magazine interview to describe his politics, comparing party loyalty to recreational drug use. “My thing is personal freedoms," he added, "freedoms for the individual to love whom they want, do with what they want. In fact, I want the government out of almost everything.” Oddly libertarian coming from a guy who used to be a Democrat, but I've got a theory on this -- hold on.

When it comes to the way Lowe sees the way the state and taxes work, it’s worth noting that the real Lowe – not Seaborn – went through a nasty bout of tax trouble after he sold a $25 million Montecito mansion. He made about $9 million on the sale and failed to report it all. His comment sounds eerily like Sam Seaborn: “I take this very seriously. I’ve been paying my taxes in this state since I was 15 years old … and it’s a privilege.”

Seaborn’s – er -- Lowe’s other problem with Sanders seems to be that the Senator is not mellow enough.

Lowe says Seaborn would apparently urge the senator to “modulate.” But it’s not 1999 any more. These days, passion – “hectoring” – may be what a politician needs. Plenty of Americans feel some of Sanders’ frustration and it’s exactly why they support him. If Sanders modulates, he loses much of his appeal.

So what’s wrong with Lowe weighing in politically? Lots of actors do. And Lowe is not all bad: He supports friends, praises Tina Fey’s Sarah Palin impersonation, and stumps behind his show “The Grinder.” He can be quite a good actor. He’s supported breast cancer research.

But he’s a complicated dude at the very least. Lowe has shape-shifted a lot over the years. He was a frat boy in “St Elmo’s Fire.” He bounced back from a sex-tape scandal and played a state auditor in “Parks & Recreation.” He was a “Hairy Rob Lowe” and a "Super Creepy Rob Lowe” and “Far-Less-Attractive Rob Lowe” and “Meathead Rob Lowe” in those weird DirecTV ads.

Maybe Lowe is just joking around here. Or maybe he is just infinitely malleable. This latest bit makes us wonder: Does he think he’s really Sam Seaborn? His character in “The Grinder” thinks playing a lawyer on TV makes him a natural courtroom attorney. Does he think playing Sam Seaborn means he can let Aaron Sorkin do his talking for him? If so, let’s watch our Twitter feeds – this could really get good.