Trump's no coward — he's reckless: Feud with Fox News foreshadows just how dangerous he could be in White House 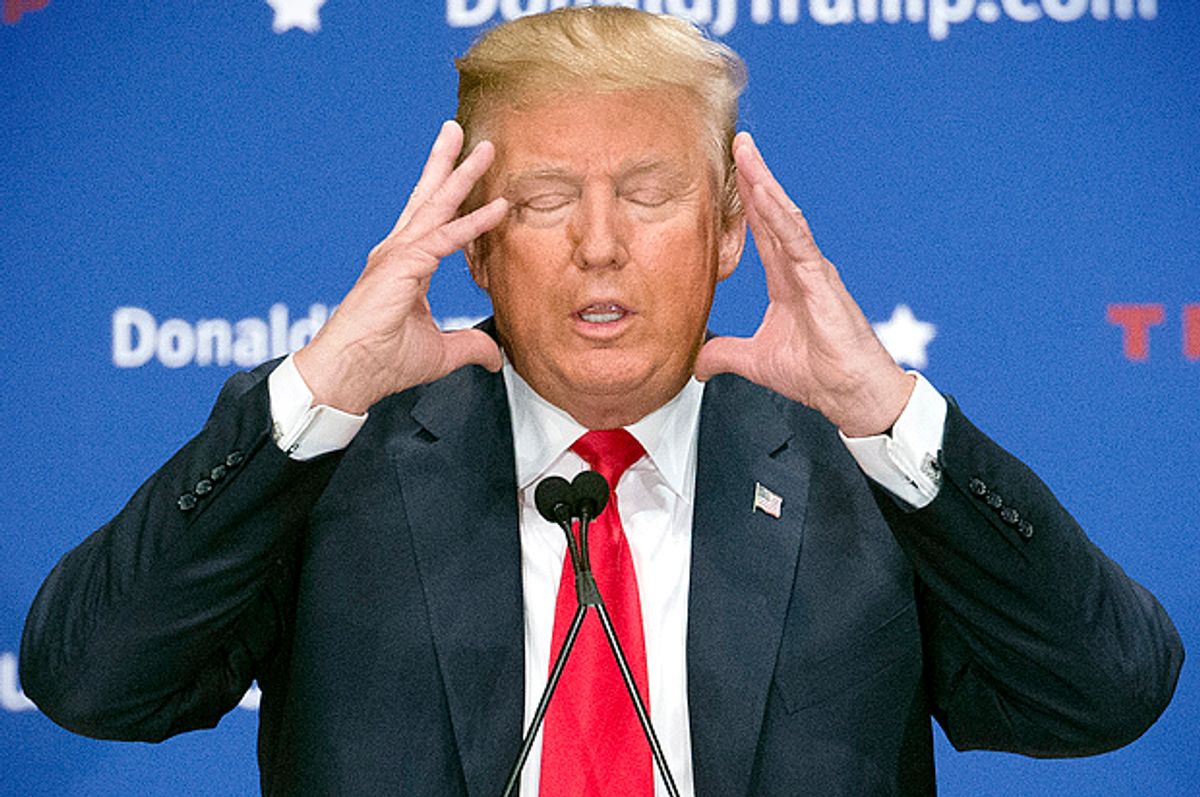 There’s just one GOP debate remaining before Republicans gather together next week for the bizarre quadrennial electoral ritual known as the Iowa caucus. And the big news heading into the debate is, of course, the thoroughly bizarre behavior of frontrunning Republican candidate Donald Trump, who has announced that he’ll be skipping the event owing to poor treatment at the hands of the media outlet hosting the debate, Fox News. Trump’s move raises a lot of questions – why would he duck out of a debate in Iowa when he’s locked in a battle for the state with Ted Cruz? Why would he hand his opponents ammunition to attack him as a flake? What logic is there in such a drastic PR move when he’s already comfortably in the lead in most polls? What the hell is running through this maniac’s head?

The answer many conservatives have come up with is simple: cowardice. They’re arguing that Trump is scared of debate co-moderator Megyn Kelly, who was the target of Trump’s crude diatribes after she questioned him at the first debate about his flagrant sexism. Ted Cruz said Trump is “afraid of Megyn Kelly” and challenged him to a one-on-one debate before the caucus. Erick Erickson called Trump “fragile” and is tweeting out devastating, low-quality photoshops of Trump as the Cowardly Lion (get it???).

It’s a politically satisfying explanation for conservatives who are already anti-Trump; he boasts so often of being tough, and they very much like the idea of him cowering in fear of a woman – a woman! But it’s obviously not correct. Trump is clearly not afraid of Fox News or Megyn Kelly. Why would he be? At the first debate he easily batted away Kelly’s questions about sexism and won the crowd to his side with a rant against political correctness. He’s already picked a fight with Fox News over how the network treats him, and he won. Trump’s debate performances have only gotten stronger as the months have worn on. There’s no obvious reason for why Trump should be scared of facing off against Kelly or anyone else.

The more satisfying, and more damning, explanation is that Trump is reckless. He escalated this fight with Fox News because he wants to make a big show of how nobody – Roger Ailes, Reince Priebus, Jeb Bush, whoever – can push him around. He knows he has some leverage (Trump is a reliable ratings draw) and he wants Fox News to back down. He wants Rupert Murdoch to call him up and politely ask to reconsider his decision to skip. But an action this brash carries with it the potential for serious political damage.

I say “the potential” because, as Jeb Lund writes, predicting the outcome of Trump’s wild gesticulations is a dangerous and uncertain affair that will almost certainly result in wrongness and humiliation. But the fact remains that he’s needlessly exposed himself and his political operation to danger just a few days prior to the first nominating contest. He did so just as it appeared he was successfully beating back a challenge to his Iowa lead from Cruz. His numbers nationally, and in Iowa and New Hampshire, are at their peaks. Everything seemed to be clicking in to place at precisely the right moment, and he threw it all into chaos because his ego and his public persona demand confrontation and garish displays of dominance.

Erratic and relentlessly self-interested behavior of this sort is, generally speaking, not a desirable quality in a major-party nominee for the presidency. He’s under the impression that he can shape any situation to conform to his preferred vision. He’s eager to take massive risks in pursuit of rewards that are either highly uncertain or not worth the danger. These aren't traits you want to see in an aspiring chief executive.

Now, it’s entirely possible that Trump has considered all the angles here. Maybe he arrived at the reasonable conclusion that he’d be the target of a multi-candidate pile-on at the debate given his lead in the polls and the proximity to the Iowa caucus, and determined that it would be better to sit it out rather than spend the entire evening defending himself. Maybe he thinks he actually can extract what he wants out of Fox and agree to participate in the debate on his own terms. Maybe he just doesn’t care because he’ll continue being Donald Trump regardless of what happens. Whatever the explanation, he’s clearly not “scared.”