Bernie Sanders does not own a tuxedo and he's never worn one. Did he go to prom? No fear, Colbert's got this. 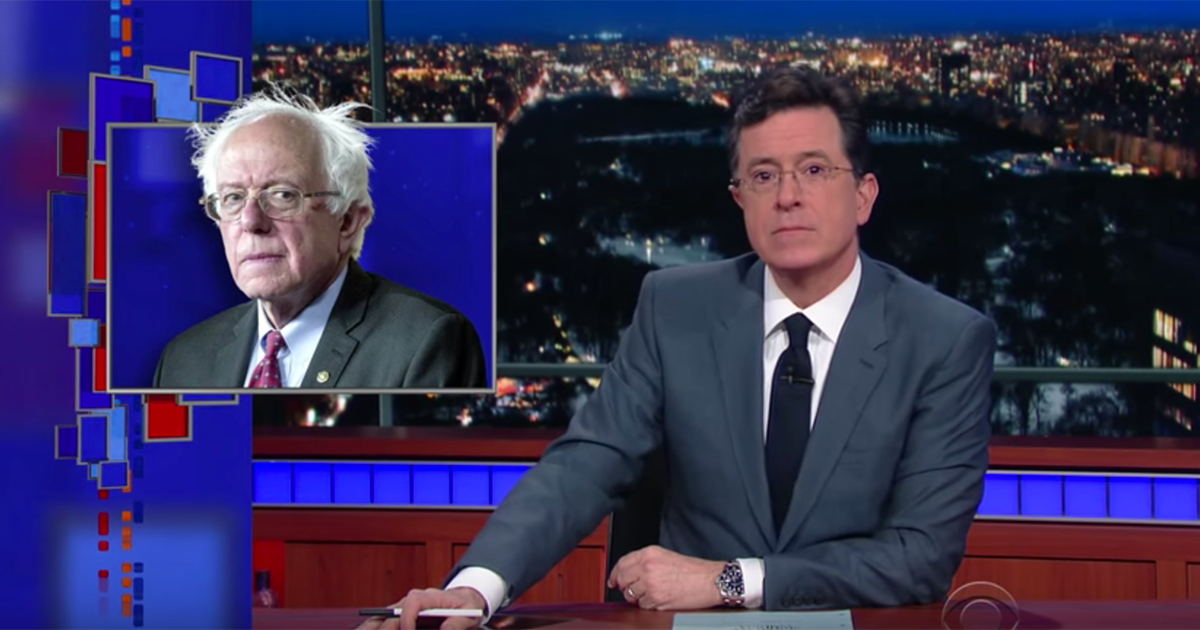 A major political revelation happened last week and it was critical for Stephen Colbert to discuss it on Wednesday's "Late Show": Bernie Sanders does not own a tuxedo and he's never worn one. Colbert said it's safe to say he probably didn't have a date to prom either.

So, Stephen asked his supporters to help Bernie make it to prom and created a fun template where you can photoshop yourself into this photo all in hopes to elect him prom king:

A few already have: