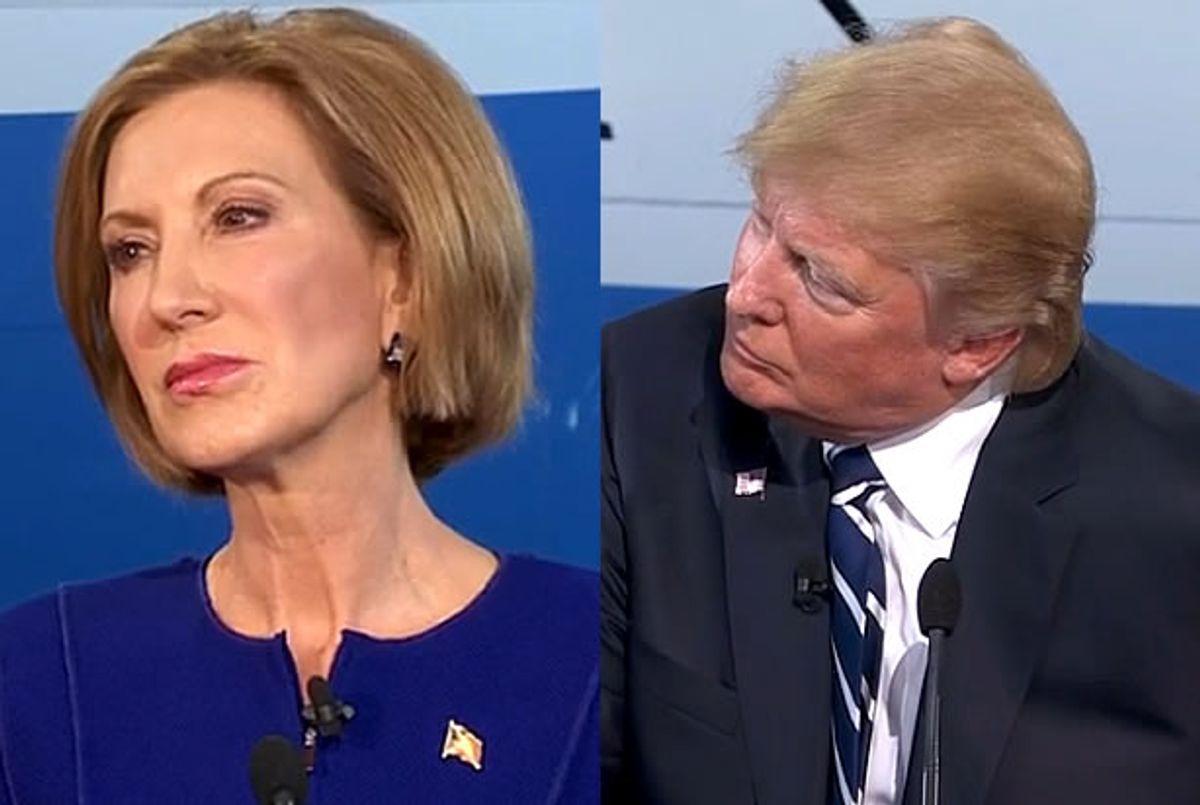 While Bill O'Reilly was begging Donald Trump to reverse his decision and make an apperance at Thursday night's Fox News debate, other republican presidential campaigns were also jumping up and down to command the frontrunner's attention, "upping the ante" by desperately offering millions in donations to veterans groups in exchange for a chance to debate.

"Well, even though you and I had an agreement that you wouldn't ask me that, which we did. I will therefore forget that you asked me that, but it's up to Fox. It's not up to me," Trump cut in, again slapping down the network's invite to rejoin the debate lineup.

While O'Reilly's attempts to coax the stubborn billionaire seem (for now) to have failed, the campaign's of Carly Fiorina and Ted Cruz apparently think gimmicky public pledges to donate to veterans groups will do the trick.

While the prospects of a Trump-less debate stage surely frighten Fox News chief Roger Ailes, it appears as though Fiorina is even more desperate to attract a gleam off Trump's limelight on Thursday:

Of course, Fiorina is piggybacking off rival Cruz's challenge to Trump to go "mano-a-mano" and his super PACs' offer of $1.5 million to veterans charities in exchange.

"We have the venue. We have the time. All we're missing is the candidate," Cruz told an Iowa audience Wednesday night, proposing a Saturday night showdown. Earlier this week, Cruz suggested right-wing radio host Mark Levin as a suitable debate moderator:

Neither campaigns have indicated wether they still plan on making the millions in donations to veterans groups in the event they don't score a date with the Donald.