Meet the professional dick photographer: “I thought it would be funny to treat dick pics like a high-fashion photo shoot"

Two things distinguish her from other dick-friendly photographers: Clothes and comedy--think little hats and wigs 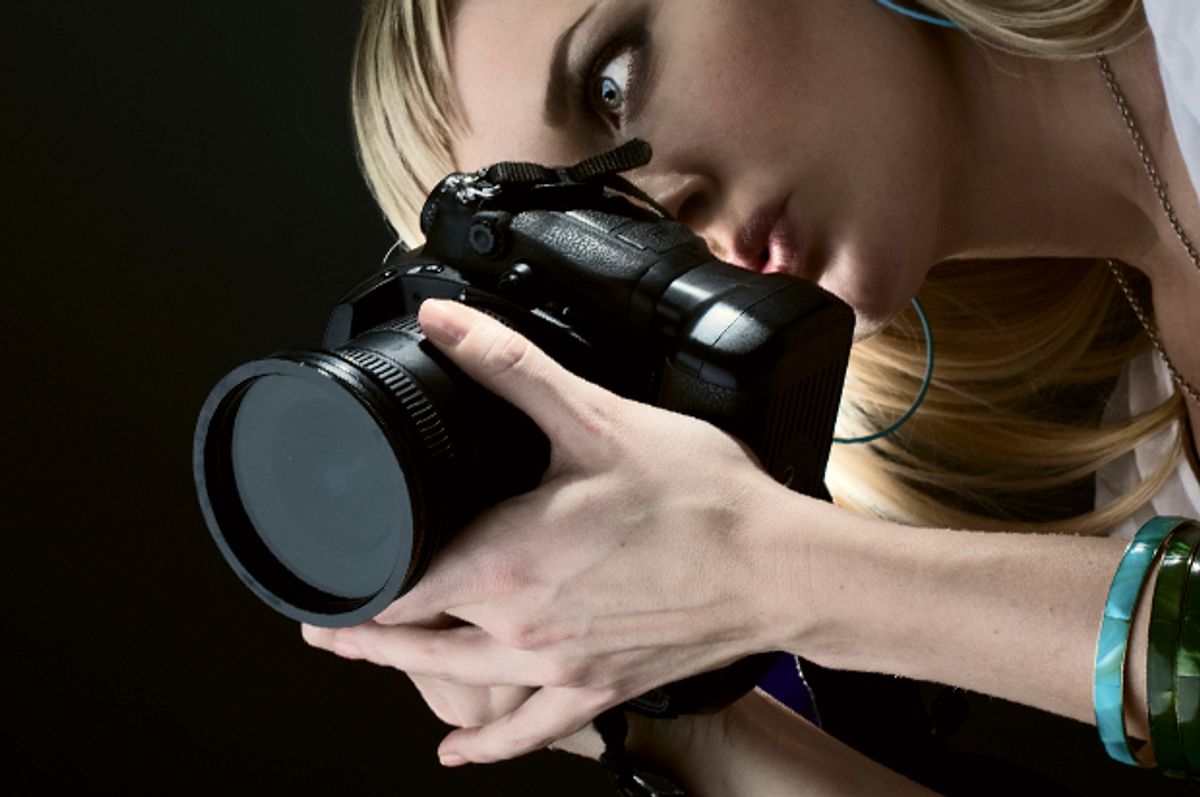 Flirting looks a little different than it did in the past. It's not uncommon for texting to devolve into sexting. And everywhere a sext goes, a dick pic is sure to follow. Lately, the practice has been taking some heat. But for those interested in cultivating a culture of so-called sex positivity, it makes sense to target the motivation behind the message, not the content alone.

In the context of a consensual and engaging exchange, being on the receiving end of a dick pic can be pretty exciting… so long as the guy knows what he’s doing. Those who need a little more guidance might try locating someone who can aestheticize. Someone who can accessorize. Someone to make sure the candy wrappers and dirty socks are out of the shot. Someone with a sense of professionalism. Enter Soraya Doolbaz, professional dick photographer.

Doolbaz got into the business three years ago. She decided she was going to distinguish herself by incorporating two things other dick-friendly photographers often ignore: clothes and comedy.

On her website, she writes, “I thought it would be funny to treat dick pics like a high fashion photo shoot." So she decorates dicks with little outfits, little hats and even little wigs. But here's the thing about playing dress-up with dick: it's much easier to do when working with an erect canvas.

Because it can be hard to perform under pressure and because there are limits to being “hands on,” Doolbaz uses a “fluffer” for all shoots. In the interest of avoiding potential sleazeball situations, Doolbaz decided to work exclusively with couples. One models, while the other fluffs.

“You need someone who knows your dick and knows how to get it up," Doolbaz told AlterNet. "That’s really essential.” She finds most of her models through friends, or friends of friends. “I have a really strong referral program," she said. “Sexually confident people with a good sense of humor is my model demographic.”

The idea has now blossomed into a nice little business. People like sex and they like comedy, and merging the two gives Doolbaz the opportunity to service an otherwise unsatisfied customer demand. It’s not easy to find another place where erections meet comedy; a place to platform the “desexualized boner.” Niche items can sell well. Exhibitions offer other opportunities. Doolbaz has even come across a few investors interested in her project. “There are people who appreciate the hustle, who appreciate the creativity, even if dick art isn’t for them. They’re all for it,” she told us. For now, she’s passing on the offers. “I’d rather do my own thing. I like being the one to make all the creative calls. I prefer it that way.”

She rakes in most of her revenue through merchandizing. Coffee mugs, wrapping paper and calendars are all big sellers (she’s currently working on a coffee table book). Right now, the most in-demand characters are Donald “The Dick” Trump and Dongye West. Other popular characters include Napoleon Boner Parte, Bradley Cocker, Saddong Hussein and Old Saint Dick. Dicki Minaj also sells pretty well. Fans are pushing for a Star-Wars themed bit (Jabba the Cutt, anyone?).

Doolbaz may not have been the most obvious choice to step into the role of "professional dick photographer.” She’s female, for one. She was born in Iran, for another. She’s also seven months pregnant at the moment. “I really love shattering stereotypes,” she told us. The name “Soraya Doolbaz” is actually a pseudonym; she tells us Doolbaz is Farsi for “plays with dick."

It’s not always an easy title boast. For some, the dick pic represents something slightly sinister. Those on the receiving end of the image tend to be assigned one of two titles: the victim or the slut. Doolbaz told us, “I’ve interviewed a lot of women about dick pics, and some women tell me, ‘Oh I’ve never gotten a dick pic. I’m not that kind of girl.’ What kind of girl do you think you have to be to get a dick pic?”

And that’s just part of the conversation. Society is generally pretty squeamish about nudity. When it is permitted, certain forms tend to be more welcome than others. Fortunately, Doolbaz seems to have uncovered a formula that allows her to showcase provocative images without offending. “Anybody can shoot a naked dick and make it porny. But the moment that dick has a personality and assumes a character, it becomes something different,” she said.

“Homophobia is still very much alive. Guys don’t want to look at another guy’s dick. It’s like if you make eye contact with another guy’s dick or even a picture of a dick, it means you're gay,” she explained. “If that dick has a hat and a jacket on it, it doesn’t seem too gay anymore.”

For those who don’t need that same level of convincing, Doolbaz’s work provides an easy path to both humor and eroticism. She told us, “Some women have told me they laugh when they see my work, but get turned on at the same time.”

Plus, it’s kinda nice to see a dick pic removed from the typical tropes so many guys seem to rely on. You’re not going to find the beer bottles, remote controls, bottles of hairspray and anything else one might feel compelled to use as a comparative aid in her shots.

For the most part, the feedback has been positive. But you can’t expect everyone to jump on board. “You gotta love the haters,” she says. “Some guys take themselves and their dicks so seriously.”