#OscarsSoWhite "is not a black/white issue": Creator April Reign on the movement's goals, Academy voting changes and why she's not watching the Oscars 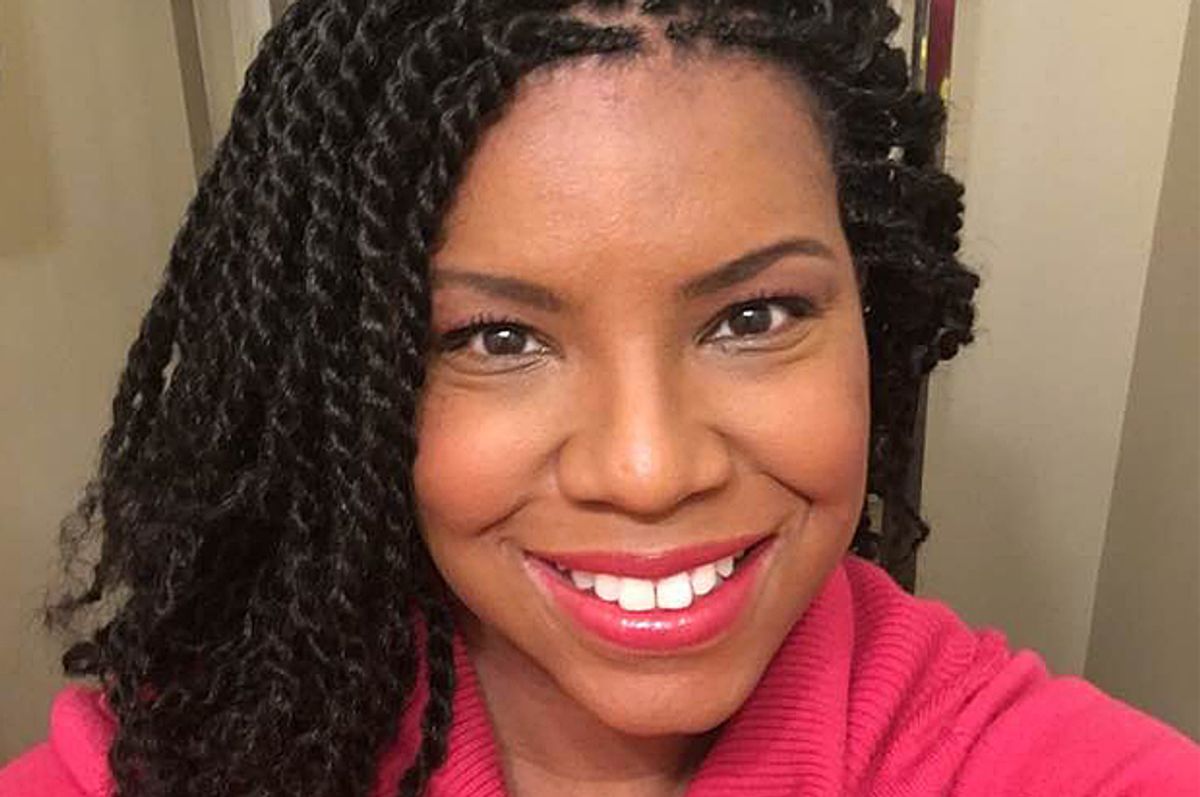 Criticism of the Academy Awards has become this biggest story in Hollywood even as next month's telecast may see the largest Oscar viewership in ages. The reason comes partly because of social-media activist April Reign, who began the #OscarsSoWhite campaign about a year ago. In 2015, her protests generated a great deal of attention, some of it focused on snubs over the movie “Selma.” But this year, the frustration is more widespread and has led to a series of responses from the Academy, from new membership rules to a backlash.

While Reign is not as widely known as actors like Spike Lee and Jada Pinkett Smith, her exclusion from a Hollywood Reporter cover story about the #OscarsSoWhite protests and Academy reaction set off a storm on social media. Salon spoke to Reign, who is also the managing editor of BroadwayBlack.com, about the past, present, and future of the movement. The interview hsa been lightly edited for clarity.

You started the hashtag about a year ago – what motivated the movement then?

The same thing that frustrates me today – the lack of inclusion and diversity of those nominated for Oscars both behind and in front of the camera.

How important was the hashtag itself?

I’m not sure that’s a question I can answer. What I know is that the hashtag trended nationally, if not internationally. I know that people are using the hashtag worldwide: We saw just yesterday that the hashtag was used on the cover of the Hollywood Reporter: It’s been used vociferously everywhere. It’s been a convenient way to rally people around an issue that was easily identifiable. It shows the power of social media and hashtag activism; it’s been used by pundits and even referred to by the president.

2016 is a replay of 2015: An all-white slate of actors. Were you surprised, or did you see this kind of thing coming?

I was disappointed, but not surprised, because there had not been significant changes to Hollywood last year to foster changes this year. And while we saw Academy president Cheryl Boone Isaacs made some changes by inviting 300 new members into the Academy, the Academy is still then, and still now, over 90 percent white, majority male, and the average age is still in the 60s. With those types of numbers, and knowing that Academy members were not required to vote before seeing the films, it did not surprise me that there were not more diverse nominees.

By not having to see the films before voting, the system is set up for cronyism, for patting their friends on the back?

Well, I’m not sure. But what I do know is you can’t say that a nomination was received on merit if the nominators aren’t required to watch the films. It could have been someone just thinking someone was due for an Oscar, or that the publicity behind a film encouraged a vote in that direction. It may have been that you’ve worked with someone or because you’ve admired someone, so you nominate them. It definitely makes it more of a popularity contest, which I don’t think it should be.

What’s the role of #BlackLivesMatter in this? Was that an important impetus in getting a mainstream audience to pay attention to the problem?

No, I don’t think so – because this is not a black/white issue. This is not a binary issue. This is an issue with respect to sexual orientation, and indigenous people, and the differently abled, and all marginalized communities. Those who think this is just about black people being nominated are short-sighted.

I’m expecting that he will be brilliant, as he always is. He’s well known for his political and social commentary. We’ve seen he’s already Tweeted out a tease for his monologue. We also know that he is rewriting the monologue based on the #OscarSoWhite issue. So while I won’t be watching, I wish him all the best. I have no doubt that it will be fantastic.

I’m not calling for a boycott – that’s a word the media has been using because it’s simplistic. Everyone has to make their own choices, both public figures and regular movie-goers like me, alike. What I’m saying is that if you are frustrated with the lack of representation of all marginalized communities on film, then do not reward the Academy with your viewership. Either with regards to the movies that you watch, that you pay good money to see in the theaters, or with your ratings, by tuning in on February 28. So we will be engaged in counter-programming again this year, as we were last year, on an even bigger scale.

As for the public figures, I think they need to do what’s best for them. I don’t know how many people from those marginalized communities were planning to attend anyway, since they weren’t nominated. I do know that the Academy is rushing to have more people of color as presenters, as they did last year. But I think everyone should make their own choices based on where they stand on the issue.

There’s been a backlash from some members of the Academy, especially older members, who say that the awards should be about “the best work.” How do you respond to that?

I absolutely agree: It should be based on merit. But again, if you’re not watching the films, how do you know if it’s the best work? Because you haven’t seen them. I’d hope all members of the Academy would encourage the opportunity to work with the best and the brightest, and to seek them out, in places that might not be familiar to them.

I think that everyone naturally operates within their own comfort zone. And that comfort zone may not be representative of society as a whole. One of the things that’s changed is the voting structure: If you haven’t been active in film for 10 years, you lose your vote if you can’t comply with some of the other guidelines. I’m hoping that encourages more of the Academy members to get back into film. There was a reason why they were nominated in the first place: I would love to see them get more active again, and in the process perhaps work with some newer members of the Academy and some members of the Academy they haven’t been exposed to previously.

Of the suggestion and new rules that [Cheryl Boone] Isaacs and the Academy have made, is this the one you’re the most confident and optimistic about?

I’m pleased to see that Academy members will be encouraged to participate in the film industry more – because if they see the possibilities of working with marginalized communities, it will only make film stronger. I’m also happy to see that the Academy will take initiatives to diversify its membership, by saying it wants to double the number of women and minorities, I think, by 2020.

But lets also remember that there has only been one woman who has only won for best director ever; doubling that number to two doesn’t really solve the problem. And that goes throughout all the categories…

Sir Ian McKellen very recently spoke out about the diversity issue and said he has not won an Oscar but there have been [straight] men who have won Oscars playing gay men. That’s definitely the thing #OscarsSoWhite talks about. The most recent example is Eddie Redmayne being nominated for playing a trans women in “The Danish Girl,” while the movie “Tangerine” – about trans women – was overlooked. So there are definitely places to grow within the Academy.

I want to emphasize: The onus must be on Hollywood to make films that are more diverse, so the Academy members have those films on which they can vote, and nominate the best actors and actresses and those behind the camera as well.

Without those films, nothing can happen.

You helped this movement happen. But you were not part of the Hollywood Reporter cover on the issue. Do you feel overlooked?

I think it’s unfortunate and a bit ironic that I am fighting to decrease the erasure of people of color and marginalized communities in the media, and yet all too often you see the media is erasing me. I don’t need to be on the cover, but I think it’s important for journalists to speak in active terms. Twitter didn’t create the #OscarsSoWhite hashtag – I did. The irony is not lost on me.

If we’re talking about the Hollywood Reporter specifically, they knew who I was because I’ve already interviewed with them. I’m not looking for the accolades, but it’s important to identify the source – that’s what reporters are trained to do.