Trump made good on his threat to Boycott last night's GOP debate. Here's how it turned out 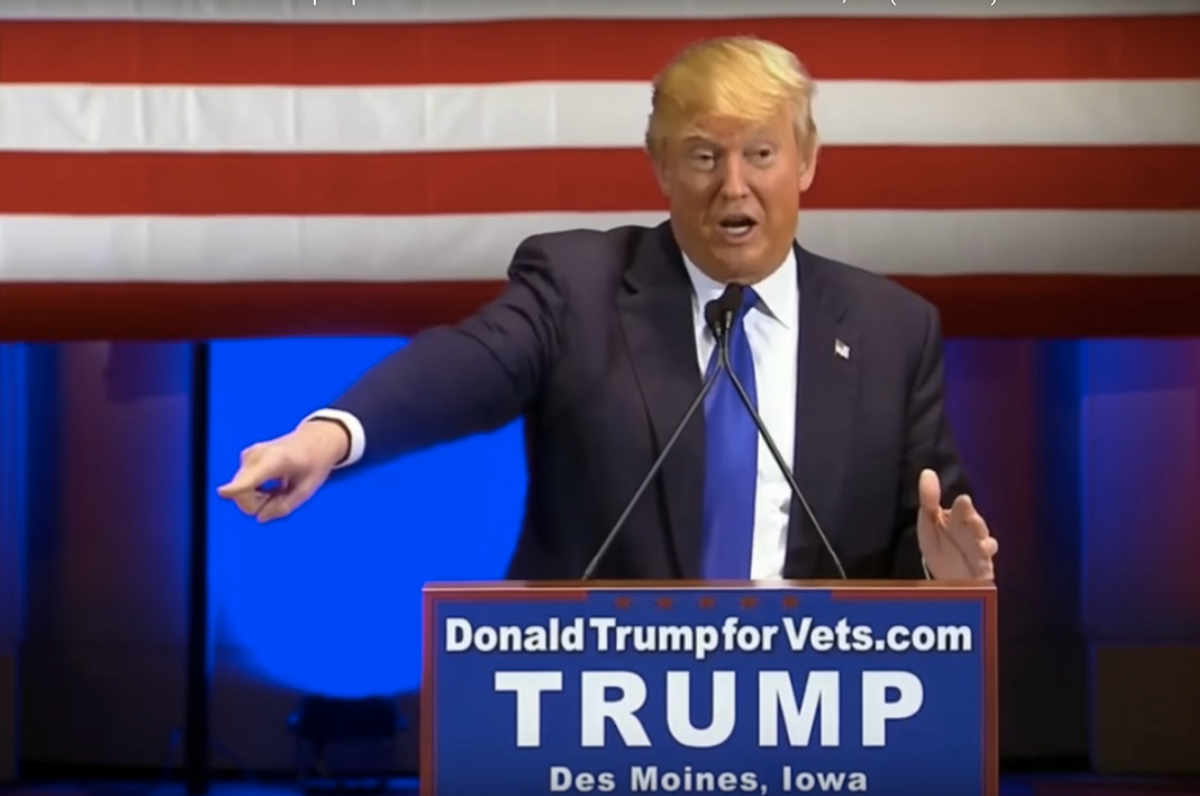 For just the briefest of moments during Donald Trump’s “Screw Fox News” rally Thursday night, I almost became a fan.

The rally was supposed to start at 9 p.m., but was running late. So I turned on Fox to see if Trump had pulled a fast one and shown up on the debate stage after all. Jeb Bush was in the middle of one of his trademark babbles, sounding a bit more forceful than he has when he has shared a stage with Trump, though no more coherent. Still, even two or three minutes of watching was enough to see that the whole exercise felt bloodless, just a bunch of middle-aged guys in suits and terrible ties competing to paint the most apocalyptic, charred-hellscape vision of America under President Obama that they could. To listen to these candidates, you’d think the debate was taking place in Immortan Joe’s skull-bedecked redoubt from “Mad Max: Fury Road,” while outside in the Iowa winter several thousand rag-clad, one-toothed desert refugees looked hopefully skyward and prayed for mercy.

Then Trump walked onstage at Drake University a few miles away. The auditorium looked small on the livestream, nothing like the arenas and gyms where thousands have been packing in to see the Fabled Orange Glory on his tour through the reality show he has turned this campaign into.

I thought the tiny venue might make the whole event feel small and sad. But it turned out to be the right choice, eventually. First, we had to get through Trump entering to cheers from the assembled veterans (only veterans could get in, leaving other voters who had lined up for hours in the cold sitting outside). He smirked and brought his hands up in a sort of half-shrug, as if to say, “Who, me?”

Then it was onto a stream-of-consciousness speech in his usual gibbering style. There were shots at Fox about the debate blow-up, with Trump telling the crowd, “When you’re treated badly, you have to stick up for your rights,” as if he was a founding father addressing the Continental Congress, and not some publicity-seeking yutz ducking out of answering tough questions from Megyn Kelly. There was the usual blah-blah-blah about the terrible Iran deal and the wall that Mexico is going to pay for and how much money he has made and all the winning we’re going to do when he’s president.

Finally he arrived at the ostensible purpose of the evening, helping the veterans. And here a strange thing happened. After reading off a list of donors and how much money they had given his shady foundation to disburse to veterans’ groups and announcing he was donating a $1 million of his own money to the cause, Trump seemed to take a step back. He brought up onstage a couple he knows who were also donating a million dollars and let the husband talk to the audience for a few minutes. He brought up Mike Huckabee and Rick Santorum and let them both speak. It was probably more exposure than the two sad sack candidates had gotten participating in Fox’s undercard debate a couple of hours before.

Then he brought onstage John Wayne Walding, a former Green Beret who lost his leg in a firefight in Afghanistan. While Trump sat down with his family in the front row, Walding began pacing the stage. Sounding nervous and maybe a bit overwhelmed, he went through a long and rambling speech about his upbringing, his military service, his family. He talked about the problem of veterans committing suicide after returning from war, and told those in the auditorium that “the best middle finger they could give the Taliban” was to live well. (It’s probably uncharitable to point out here that we had invaded their country, but whatever.)

Walding also brought up two other veterans who run an organization dedicated to helping their fellow service members. The men, two burly characters with southern accents like Walding’s that made them all sound like soldiers in a Clint Eastwood movie, presented Trump with something they called an “honor ring,” which they wear on their trigger fingers to honor their deceased brothers- and sisters-in-arms.

And here was where I felt the faint stirring of what can only be described as… admiration? Trump had been offstage and off-camera for a good 10 or 15 minutes. Though his spirit hovered over the whole scene, he had shared the space for long stretches with the less fortunate – wounded veterans, and also Mike Huckabee and Rick Santorum. He had been a gracious host. And assuming the $6 million raised for charity last night actually gets to organizations that will use it to help people (always dicey in the world of veteran’s charities), he had done something good for people not named Donald Trump.

Meanwhile down the street, the cast of high-strung syphilitic howler monkeys fighting it out to finish second to Trump in Monday’s caucuses were taking turns seeing which of them could call Hillary Clinton a liar over Benghazi the most, and threatening to prosecute her over her emails. It all seemed even smaller and pettier than usual.

Then Trump returned to the stage, wearing his new honor ring, and shadow-boxed a bit before introducing two of his biggest fans, Diamond and Silk, a pair of middle-aged African-American women who have become YouTube-famous as the women who “Stump for Trump.” They do this routine about voting for Trump as if they are in a Baptist church. To wit:

And just like that the warm feelings disappeared. We were back to “The Screw Fox News Variety Hour, with your host, Donald Trump!” Sponsored by American democracy. May it not be in its final death knell.