Memo to Kanye and Amber Rose: Straight guys can like "fingers in the booty," too 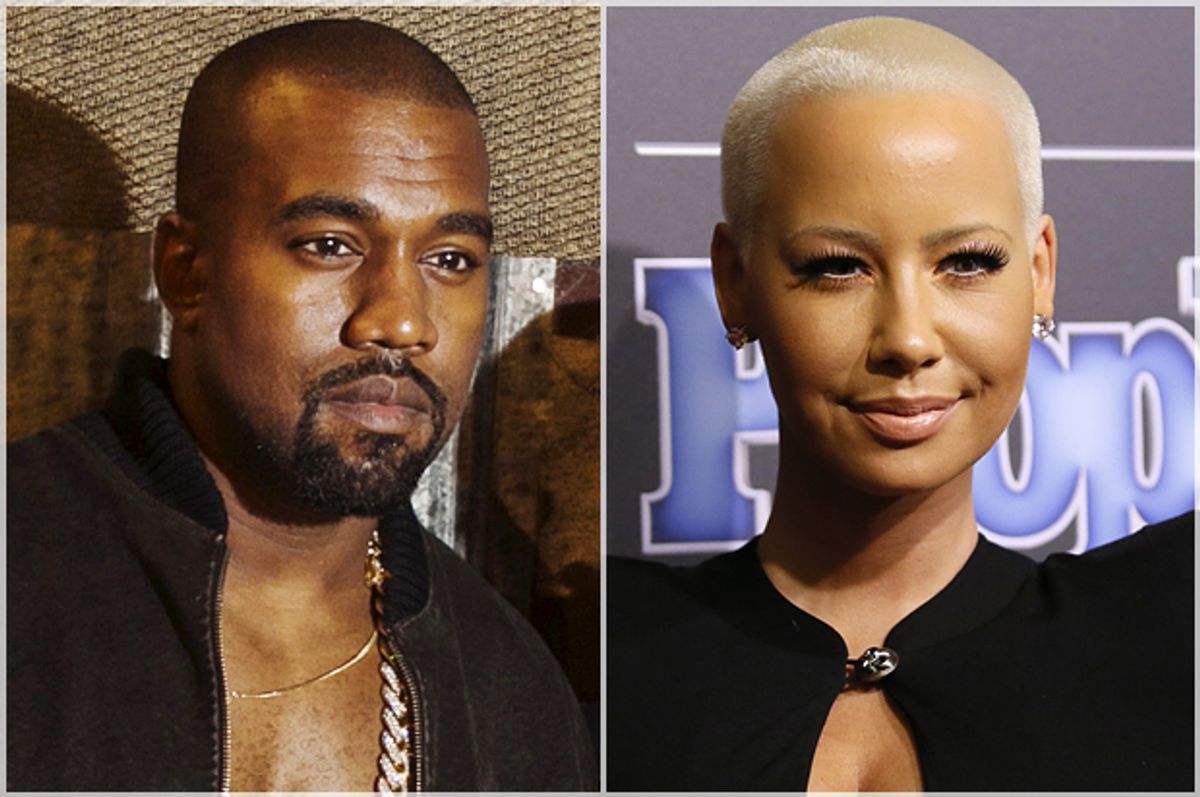 The rapper has responded, also on Twitter, with a vociferous denial:

That Rose used the phrase as a public taunt, and was so widely applauded for doing so, plays into the problem. This was not “history’s greatest hashtag” or “hashtag of the year,” even though it may be one of 2016’s most memorable. No type of consensual sex act should be wielded as a weapon to humiliate someone, even if that person has been responsible for slut-shaming you. Two wrongs don’t make a right. There’s plenty to criticize West for, such as using Rose’s stripper history to slut-shame her, but that doesn’t make it okay for her to in turn use anal play as an insult.

Was it a Tweet that caught the attention of the world this week? Yes, but just because Rose has rightfully stood up for her own sexuality before doesn’t mean we should automatically applaud what she did this time around. For instance, Matt Nedostup at Someecards wrote, “She took down Future President West with a single tweet, using all of the venom and personal information that only an ex can provide.” But at what cost? We all know personal details about what our exes like in bed, but exposing that information as a way to make them look bad only boomerangs on the accuser, and in this case, makes it seem as if Rose concurs that there’s something disturbing about West possibly having enjoyed being on the receiving end of manual penetration.

Glickman and Aislinn Emerzian, co-authors of "The Ultimate Guide to Prostate Pleasure," identify three key reasons why men and their partners often shy away from prostate exploration, which ties right back into the subtext of Rose’s ill-advised hasthag. Those reasons: