Oprah pardons gluten: Why her "glorious revelation that bread is okay" is causing such a stir

Salon speaks to a health researcher about wheat-bashing, celebrity and Winfrey's enthusiastic endorsement 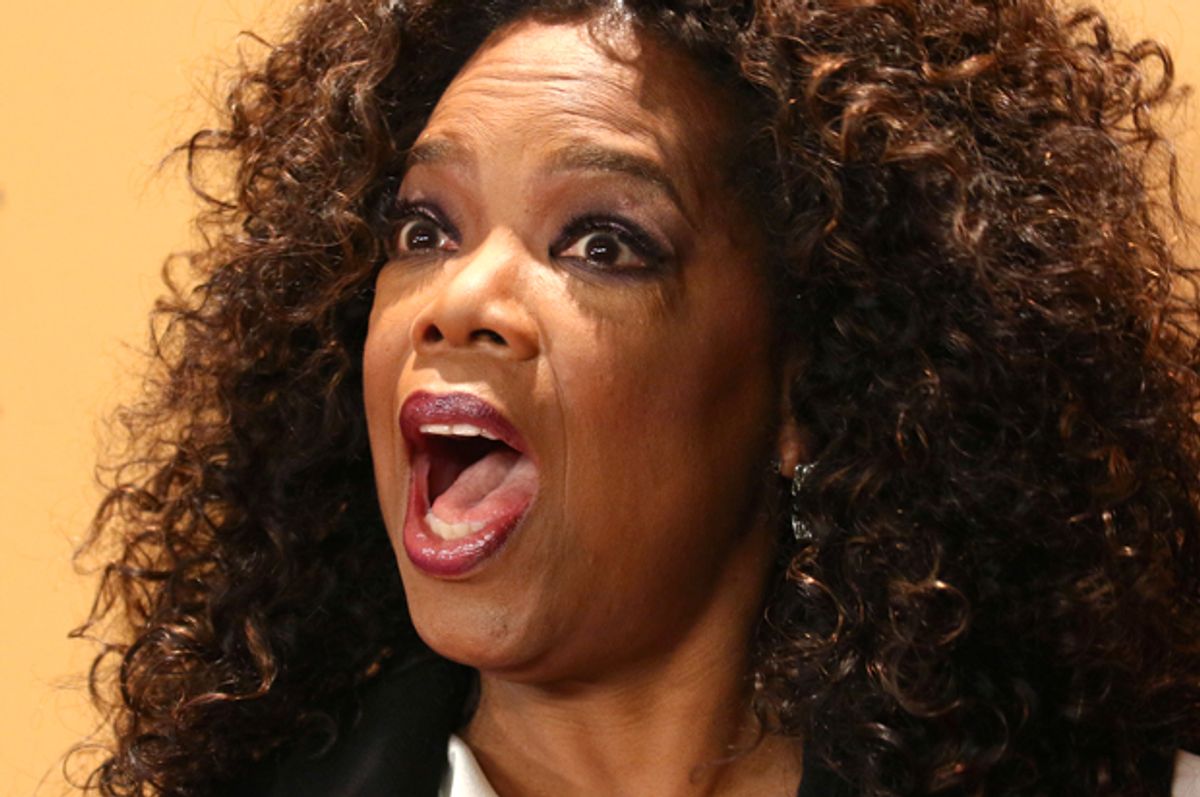 Oprah Winfrey has never been shy about giving the rest of us advice. Some of it has been smart, like her book club. Some of it feels like empty calories. Her latest bit of wisdom is a Tweet about the virtues of… bread. According to Winfrey, who has Tweeted an ad for Weight Watchers, she eats bread every day but still managed to lose weight. She praises the stuff as if it were holy. It goes against all kinds of conventional wisdom about carbohydrates being not terribly healthy, but maybe in in age where celebrities are going gluten-free, bread needs special lobbying.

Winfrey, of course, owns 6.4 million shares of Weight Watchers, whose stock prices skyrocketed. The New York Daily News has called this a $20 million Tweet. It’s an impressive yield for a Tweeted video that mostly just says, "I love bread. I love bread." BuzzFeed jokes that her love of bread is “insanely inspirational.”

To get to the bottom of this, Salon spoke to health-sciences researcher Timothy Caulfield, author of “Is Gwyneth Paltrow Wrong About Everything?” which looks at the way celebrity, science, and diet collide. We spoke to Caulfield from Edmonton, Canada, where he teaches at the University of Alberta. The interview has been lightly edited for clarity.

Bread seems like a funny thing to stand up for. It’s one of the oldest and most basic foods there is. Has bread become controversial?

I find this really fascinating. Oprah’s Tweets seem as if it’s this glorious revelation that bread is okay. It says a couple things. This whole bashing wheat thing, over the last four, five, six years, has really taken: Bread was seen as evil, not nutritious, a marker of a diet not conducive to losing weight.

Because of course, bread has always been good for us, if you eat it in an appropriate amount. There’s nothing inherently wrong with bread; eating whole grains has always been part of a healthy diet. If you eat too much bread, it’s hard to lose weight… But we’ve always known that! So I find it fascinating that this is news.

It also speaks to the power of Oprah.

Was Winfrey kind of the original Gwyneth Paltrow? She’s been spreading the word on her concerns and obsessions for a long time. How does she compare?

She doesn’t roll out these set of recommendations – she doesn’t view that as her job. Rather she gives voice to other people, through her show and the book she endorses.

But for sure she is part of that whole celebrity lifestyle phenomenon. In fact, her whole network, her whole media footprint if part of that trend. She may have created space for people like Gwyneth.

Winfrey is making a lot of money from getting behind bread. How much of celebrity advice is generated by their being paid to spread the word about something?

That’s the other interesting thing. People love Oprah so much that it’s almost not seen as a profound conflict of interest. If I owned 10 percent of a multi-million-dollar company and then made an almost religious statement about bread, I don’t think people would take it very seriously. But when Oprah says it, we give her a pass. It’s clearly a conflict of interest. It’s alleged that that Tweet made her millions of dollars.

I put celebrities on a continuum. Some celebrities provide advice, they’re not getting paid for it. Shailene Woodley espouses all this stuff about how we’re supposed to live; I don’t think she makes money off it. Sort of in the middle is Jennifer Aniston and her vitamin water. But then you have people like Jessica Alba and Gwyneth Paltrow and Oprah where it’s part of their corporation – it’s their entire brand to provide this.

How often are celebrities – who are already millionaires and billionaires – motivated by money? Is it a sense of virtue? A need to stand out among other famous people? What motivates them?

It’s a huge mix. Some of them want to be healthy themselves, there’s a tremendous pressure on them to look young and beautiful. They’re simply talking in a very public way about the strategies they’ve utilized. Like when Katy Perry talks about supplements – I don’t think she’s making money off that.

But then you have people like Gwyneth, and I bet Oprah’s in this camp too… I think Gwyneth believes this stuff. I think Oprah does, too. That gives it credibility – it comes across as this sincere belief about things that are often evidence free.