"What is this, Call of Duty: The 'Burbs?!": Larry Wilmore calls out police departments who don't need military weapons

Suburban cops and military gear. It's a recipe for disaster, and Larry Wilmore sees it clearly 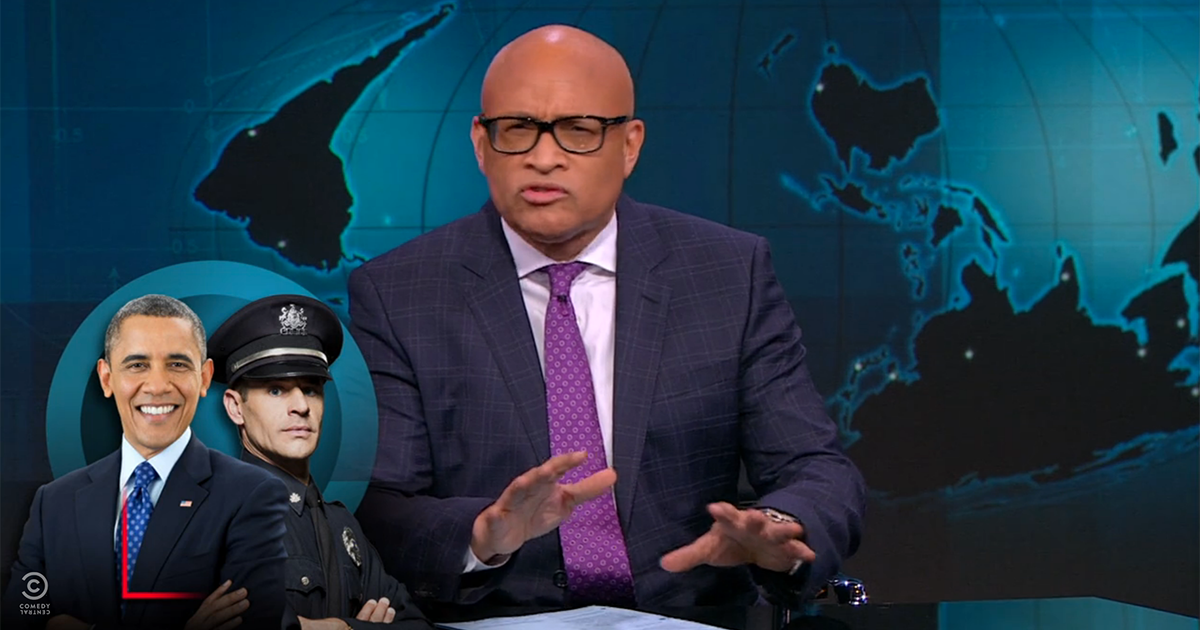 Larry Wilmore walked us through the latest in "Obama don't care" news on Thursday evening's "Nightly Show" when he explained the president's latest decision to require police departments return military equipment they were using for policing. We're talking about grenade launchers, tanks, high-caliber weapons, bayonets, weaponized aircraft and more that the police departments were using. But, really, those bayonets have got to be about Civil War reenactment, right? "Jesus! That's the kind of equipment our local cops have?!" Wilmore exclaimed, shocked. "What is this, Call of Duty: The 'Burbs?!"

The whole thing is going to infuriate some local cops, "but like I said, Obama don't care." The problem has been that when cops have these big fancy toys they find an excuse to use them. Wilmore quoted The Economist's Jon Fasman who said, "You've gone from having a few hundred raids a year in the 1970s to about a hundred a day. Police used SWAT units to break up poker games, raided barbershops near Orlando, Florida and arrested 34 people for barbing without licenses." God forbid someone try to give a weave without a license.

But the problem isn't just that they're using it, it's also that the weapons disappear mysteriously. One department lost an AR-15 when the cop laid it on the hood of his car and it was stolen. Another lost a Humvee. "Guys, how do you lose a 500,000-pound street tank?!" Wilmore demanded to know.

Now it isn't just cops arming themselves. A woman was shot this weekend inside a movie when a drunk guy went to see a film with his sidearm and accidentally shot people. "Wait wait wait... the guy was worried about a shooting in theaters, which led him to cause a shooting in a theater? That's like something out of a Greek tragedy, you guys. Dumbass-stofanes or something like that."

Wilmore continued the story with hilarious Nightly Show contributor Mike Yard. Check out the video below: