Dawkins keeps demonstrating that there's no tweet too low for him to (accidentally!) high-five 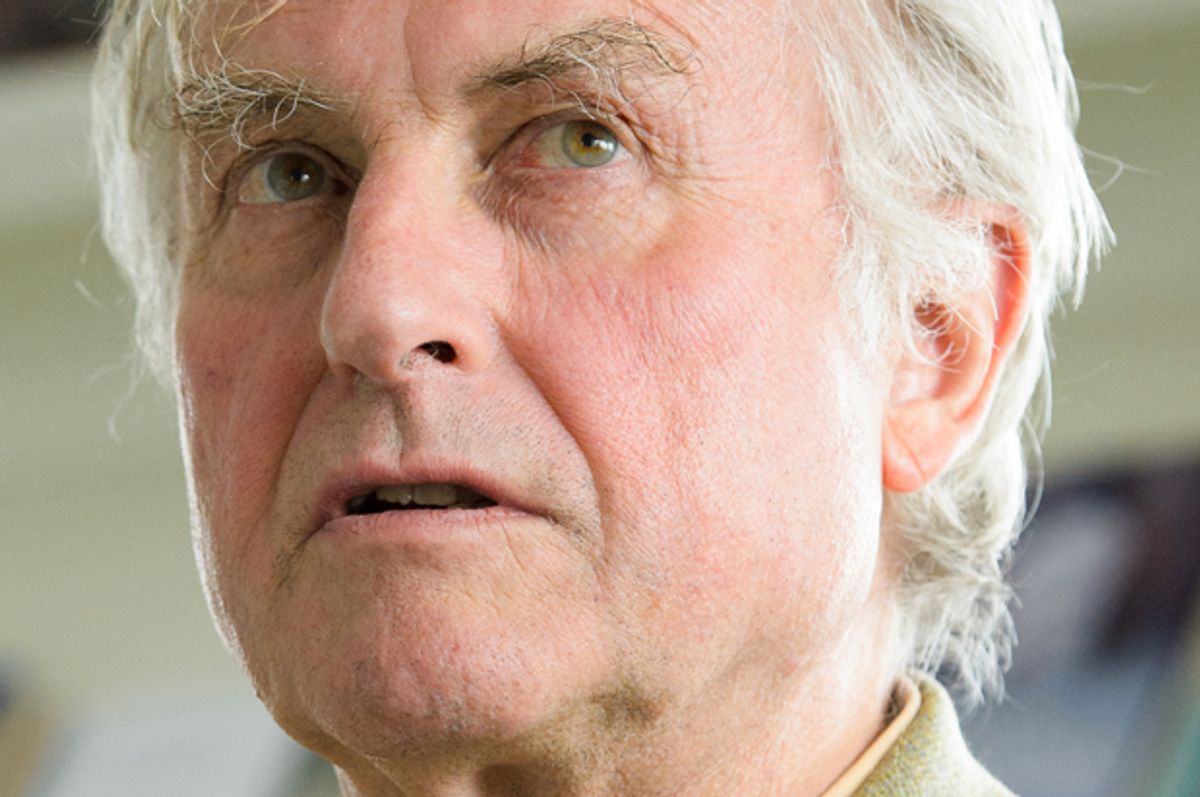 Famed atheist and of-late-anti-PC crusader Richard Dawkins is again in hot water after retweeting images of a parody book called “The Social Justice Delusion” (a spoof of his best-seller, “The God Delusion”), which was meant to criticize the supposed double-standards of political correctness. Though ostensibly par-for-the-course for Dawkins’ Twitter ethos, the jacket (go figure) featured a QR code linking users to infamous White Nationalist slogan “Fourteen Words,” which goes, “We must secure the existence of our people and a future for white children.” In carelessly pushing white supremacist propaganda, Dawkins joined the ranks of fellow Neo-Nazi retweeter Donald Trump. Realizing his error, Dawkins soon deleted the tweet, but not before some hawk-eyed users could take him to task:

Hardly gaffe-prone, Dawkins was last week disinvited from this year’s Northeast Conference on Science and Skepticism after unapologetically retweeting a parody video titled “Feminists Love Islamists” that is reportedly based on a real woman who received hundreds of rape and death threats after criticizing Men’s Rights Activists at an event in Toronto.

And one day prior to his de-platforming, Dawkins wrote of Queen Rania Al-Abdullah of Jordan: "This is how a good Muslim speaks. And how she dresses. And wears her beautiful hair."

Despite time and again having to delete tweets following brushes with controversy, Dawkins maintains in his Twitter bio, "RTs don't imply endorsement, nor exhaustive research of tweeter's CV."