A clearly irritated Cruz snapped back at host Chris Wallace: “Don’t interrupt me!” 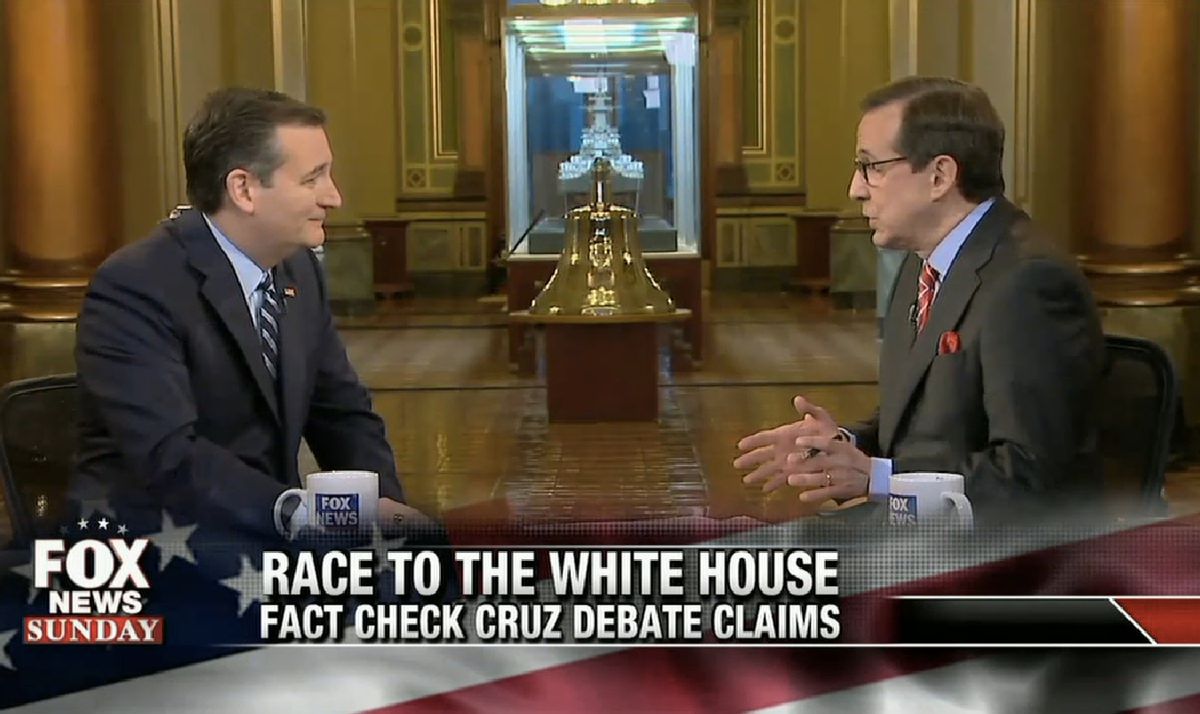 A day ahead of the pivotal Iowa caucuses, Fox News clearly was not done grilling Ted Cruz about his plan to "repeal and replace" Obamacare after Thursday's GOP presidential debate.

“If you repeal Obamacare, as you say you will, will you be fine if millions of people don't have health insurance? And what is your specific plan for covering the uninsured?” moderator Bret Baier asked Cruz at the Fox News debate in Iowa last week.

Cruz answered the question with standard Republican pablum devoid of any specifics beyond a vow to “repeal every word of Obamacare” to wild applause. The Texas senator and Tea Party hero repeated long debunked falsehoods about President Obama's signature healthcare law, including claims that the law had forced Americans into undesirable part-time work and cost millions their health insurance coverage.

“The fact checkers say you’re wrong,” Fox News host Chris Wallace followed-up with Cruz during an interview on Sunday, after noting that his debate stage answer had drawn a lot of scrutiny. “Since that law went into effect, the unemployment rate fell from 9.9% to 5% as 13 million new jobs were created, and 16.3 million people who were previously uninsured now have coverage,” Wallace corrected Cruz.

“Now don't get me wrong," the "Fox News Sunday" host added, "there are plenty of problems with Obamacare, but more people have jobs and health insurance.”

"Chris, the media fact checkers are not fair and impartial," Cruz shot back, arguing that "they are liberal editorial journalists. And they have made it their mission to defend Obamacare.”

Wallace pushed-back, again: "But there are 13 million jobs created, sir. That’s a fact."

“And that is a historically slow rate of job creation,” Cruz shot back, ignoring Wallace and reality to continue claiming that Obamacare "is a disaster.”

Watch Wallace grill Cruz on his lies, via Raw Story: