Why I'm supporting Clinton over Sanders: Liberals don't need a "savior," but someone who can actually get things done in Washington

Liberals need to get over savior figures who promise the impossible, and learn the nitty-gritty of politics 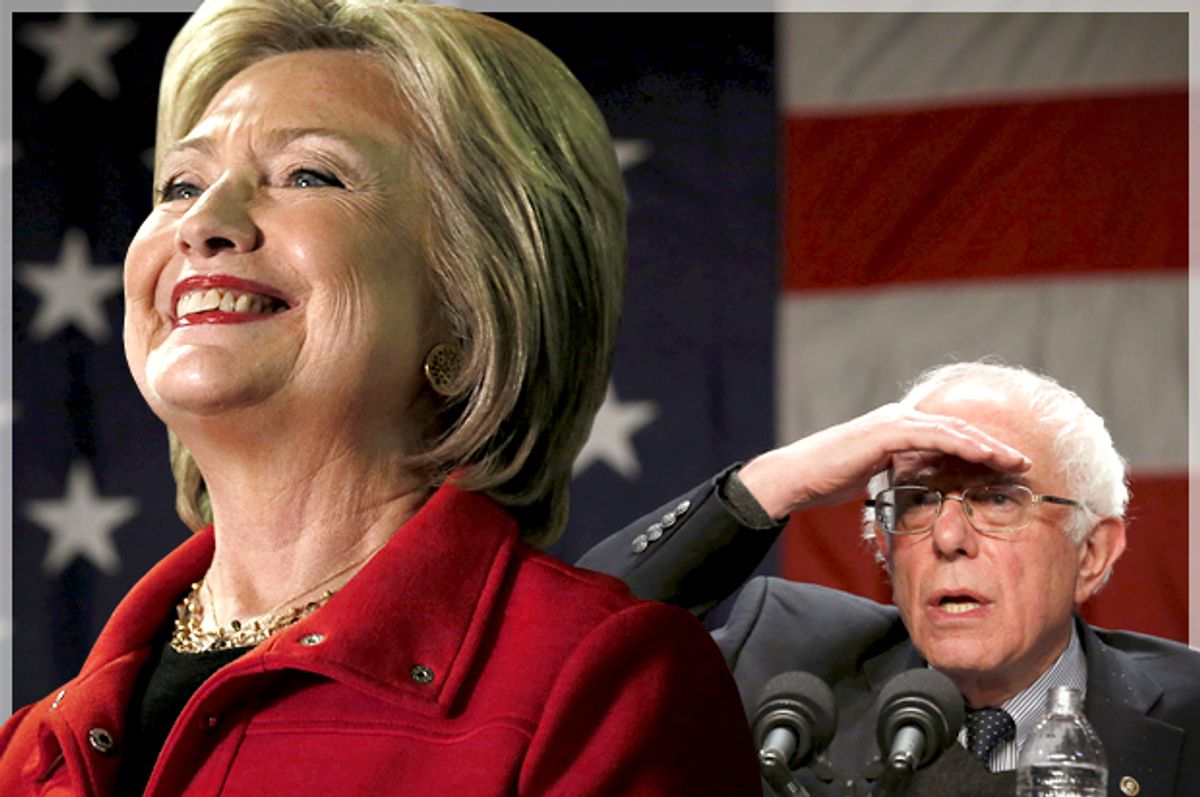 With the Iowa caucus on Monday, Salon writers Amanda Marcotte and Andrew O'Hehir are going head-to-head on their picks for the Democratic nomination. Read Andrew O'Hehir's argument for backing Bernie Sanders, and watch them fight it out below in their video debate.
[jwplayer file="http://media.salon.com/2016/01/Salon.Amanda.Andrew.1.28.16_480p_v2.mp4" image="http://media.salon.com/2016/01/AMANDA.ANDREW_STILL_SALON.jpg"][/jwplayer]

Sitting down to craft my explanation of why, going into the primary season, I'm endorsing Hillary Clinton over Bernie Sanders, I made a critical mistake. I read the unhinged, downright embarrassing attack on Sanders by the Washington Post's editorial board published Wednesday night. The piece, which is a series of straw man attacks on Sanders' platform (denying that single-payer healthcare is workable, even though it works perfectly well in Canada and the U.K., for instance) and red-baiting that would make Joe McCarthy proud. It made me want to vote Sanders, just to piss them off.

It's a shame, too, because there's actually a germ of an argument here that the biggest problem with Sanders is that his promise of transformative politics is undermined by his unwillingness, in many cases, to give the public and his followers especially a realistic path to actual change. The problem with his single-payer healthcare plan, for instance, isn't that it's unworkable — he's right that replacing insurance premiums with a generic tax that pays for every person probably would save most Americans money — but that he might as well be promising everyone a pony, for all that this is ever going to happen.

The reality is that Sanders had his best shot at creating single-payer healthcare during his long career in the Senate, where legislation like that is actually written. He had his greatest opportunity in 2009, when Congress was actually writing its healthcare bill. He couldn't do it then, so why on earth should anyone believe he's more capable of getting it done as president, an office that doesn't even write legislation?

Most presidential candidates over-promise, of course, which is something I discussed with my colleague Andrew O'Hehir in our dialogue over this. Clinton does it, too, and you'd be a fool to claim otherwise. But her over-promising is relatively mild, considering most of what she has on offer could be accomplished if she got a Democratic majority in Congress at some point during her presidency, which is far from impossible, albeit improbable. What Sanders is offering — single-payer healthcare, free college at public universities — is never going to happen; not even with a 65 percent Democratic majority in both houses of Congress.

Not that it was wrong of Sanders to run or to offer visions of this socialist future. I agree with Andrew that symbolic politics have an important role to play in politics. By shooting for the moon, he's opened up the frame of what is possible. We won't get single-payer healthcare, for instance, but the popularity of his proposal could embolden Congress at some point to modify the ACA so that more price controls are in play or subsidies are more robust. We aren't getting free college, but now the possibility of tuition price controls is in the air. These things matter.

The problem is that Sanders is actually in this to win it now, and that is where I get off the train. Not that I think he'd be a failure as president — the job is mostly about appointing judges and filling bureaucracies with the right people, all of which I'm sure he is capable of handling — but because Clinton is just better equipped for it.

The presidency is an executive office. Clinton's more pragmatic approach to politics means she's more suited to that work, which is about executing the existing law in ways that best get you closer to liberal goals. The job isn't about passing single-payer healthcare. It's about running the health and human services department. Sanders has failed to persuade me that he really, truly gets the difference, and so I can't, in good conscience, support nominating him over Clinton.

My other concern about the Sanders campaign is that its focus on impossible goals might backfire. Effecting change is not about making really big promises and posturing about how you're more socialist than thou. It's about organizing, lobbying, working with others and, yes, compromising. It's about running for and winning offices on the local and state level. It's not a top-down thing, but a bottom-up process. I worry that even if Sanders wins the presidency, the cold reality that we're not getting single-payer will disillusion all the people he's got worked up. If he wants a revolution, he might do better actually working with supporters on how to organize and effect change.

That would be a shame, because a lot of liberal activism going on right now is smart about these things. The Black Lives Matter movement, for instance, is the opposite of Sanders socialism in most ways. The activists have concrete, achievable goals. They have strategies that are focused on the nitty-gritty of politics, focused on city and state governments, where real change happens.

The more liberals focus on savior figures and less on learning to save ourselves, like the BLM movement does, the less effective we'll be. Clinton has shown, repeatedly, that she's open to change and pressure from liberal activists to move to the left. We don't want to turn into the Republicans, who are tearing themselves apart right now because the conservative base can't understand why they don't get everything they want just because they screamed loudly for it. Liberals need to refocus our efforts on organizing and lobbying and away from hoping that one dramatic gesture like electing Sanders will save us all.