Brooklyn Beckham's Burberry backlash: This isn't snobbery — working artists are right to be mad when rich kids jump the line 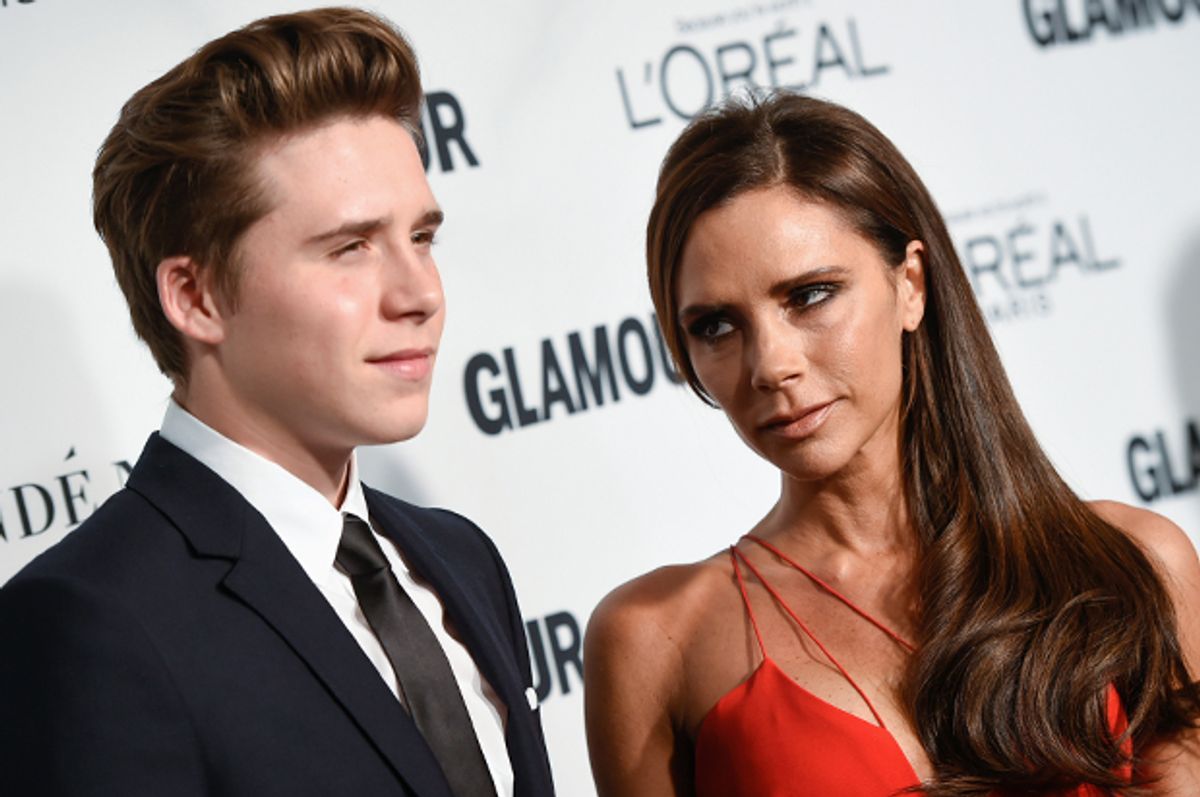 Here's a heartwarming story: ambitious 16 year-old dreams of becoming a photographer. His supportive father says, "I have always said to my children, as long as they have a passion for something, we will encourage it." Just a few months later, he lands a dream assignment — shooting for Burberry's new fragrance campaign. Dreams come true! Hard work pays off! It also helps if your parents are rich and famous.

Last November, English footballer David Beckham revealed that while his teenage son "does love football" like the old man, the lad "has a passion for photography as well." That passion appears to have succeeded. Over the weekend, Brooklyn posted a photo of himself with his Leica R9, announcing to his nearly six million followers, "Excited to photograph the @Burberry campaign tomorrow. Watch it live on their Instagram & Snapchat #THISISBRIT." It was soon followed by an unmistakably out of focus image of him on a skateboard, camera aloft, saying, "Ready to shoot my first campaign for @Burberry Brit fragrances."

Despite Beckham's alleged "passion," you might want to question whether other factors, like say, talent and experience, might be more important to a global brand in handing its reins over. On Instagram, outraged commenters took issue with the idea of a kid "born with a silver spoon up his ass now taking work from real photographers," saying, "@Burberry should be f__king ashamed of themselves."

Speaking in the Guardian, lensman Jon Gorrigan speculated the results at least wouldn't be too disappointing, saying, "He’ll have the best hair and makeup, the best models, the very best equipment, so that the chance of any risk is greatly reduced," but he added, "It infuriates me because I learned my trade and other photographers learn their trade but he’s not learning his trade. I can understand why they’re doing it, getting the younger generation interested in Burberry. It definitely annoys me. Names sell, don’t they?"

And fashion photographer Chris Floyd called the stunt a "devaluation of photography" that, ironically, "goes against everything his parents represent…. David and Victoria Beckham represent sheer willpower and graft. Especially her, she’s climbed that mountain all by herself. They represent hard work and then their 16-year-old year son comes along and it’s sheer nepotism. He hasn’t done it from hard work."

It's true -- despite having a mom whose nickname is Posh, neither of Brooklyn Beckham's parents come from especially prosperous backgrounds. They achieved their career successes the old fashioned way — by being very hard working and extremely good looking.

Expanding on the humble origins of young Brooklyn's parents, writer Jess Cartner-Morley has called the Beckham backlash "snobbery," saying in the Guardian, "If your surname is Coppola, or Gainsbourg, the world will look less cynically on your pursuit of an artistic career than if your surname is Beckham." Burberry, naturally, is meanwhile pleased with their latest protege. The company's chief creative and chief executive officer Christopher Bailey told the Guardian, "Brooklyn has a really great eye for image and Instagram works brilliantly for him as a platform to showcase his work. His style and attitude were exactly what we wanted to capture the spirit of this new fragrance campaign." And it is on this point one should feel free to respectfully say, "Do we look stupid to you raincoat makers?"

Like any 16 year-old who lives in the age of social media, Brooklyn Beckham is finding his way and he's doing it in public. The photos from the shoot that both Beckham and Burberry shared on Instagram, of pretty people in nice lighting, you know what? They're fine. (Beckham and Burberry, conspicuously, also posted images of Beckham himself from the shoot, making it clear who the real star here is.) But a glance through Beckham's other photos certainly wouldn't make a person think, OMG, Irving Penn lives again. They look like any teen's — lots and lots of selfies and some quasi-artsy shots of leaves on water and shadows and leaves. It's not bad, but if you're looking for young talent that's already truly developed, I'd say look elsewhere.

We all know that nepotism is a real thing — that's why people with the last name Jenner get modeling gigs and people with the last name Beckham get work as photographers. It's because they have famous parents and immense social media followings. The meritocracy is a nice idea, but that doesn't always pan out in reality. And if Burberry had just admitted they wanted to work with a celebrity and that this is marketing strategy at its finest, maybe the project wouldn't feel so disingenuous. And maybe real photographers struggling in an industry that decreasingly wants to pay for their efforts and experience wouldn't feel quite so insulted.