How Hillary Clinton bounces back from Iowa: Voters are hungry for a platform with meaning, she needs to give it to them 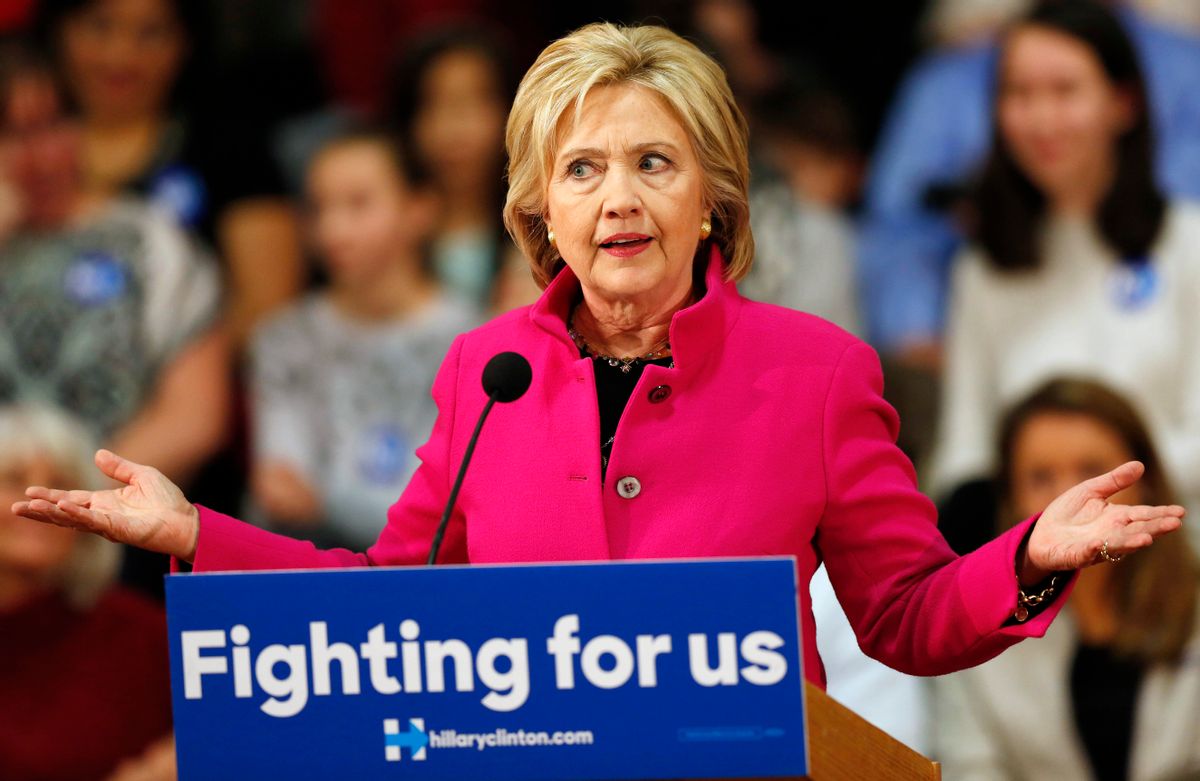 For much of Tuesday, we technically still did not know which Democrat won the Iowa caucuses. But the fact that the campaign in the Hawkeye State resulted in a “virtual tie” means that, effectively, Sen. Bernie Sanders won. He did so despite trailing by more than 40 points at one juncture, and despite having basically no support from the Democratic Party. It’s a BFD.

It doesn’t mean, however, that the campaign is over. In fact, the Clinton campaign, according to the campaign wonks and number-crunchers, is as likely to prevail in the end as ever. It’s just likely to take a whole lot longer, and be a whole lot harder, than the conventional wisdom anticipated; or than Hillary Clinton could possibly want. And it puts her campaign in something of an awkward position.

Not because she lacks the funding or stamina for another knock-down-drag-out primary contest. She’s got plenty of both (especially the former). It’s because her campaign quite clearly doesn’t know how to stop — or even slow down — the Sanders operation. They’ve hit him on guns, on derivatives, and on taxes; they’ve called him negative, naive, and unrealistic. His star just kept on rising. None of it worked.

What’s a campaign to do, then? One typical approach would be to “go negative” and to really start red-baiting her challenger, the avowed democratic socialist. They could question his patriotism (“Sanders” does sound like “Sandinista”…), his temperament, or his health. They could continue dancing on the line when it comes to describing his policies.

They could preview what Republicans would do in a general election, in other words. I’m sure that former GOP hatchet man David Brock — who is not officially part of the campaign, I should note for gullible readers — would be more than down. We’ve seen this in fits and starts already. It’s not hard to imagine Clinton allies trying to steer the conversation away from campaign finance or inequality, preferring to focus instead on the menace that goes by the name “Bernie Bro.”

Without question, that route is still available to the Clinton campaign — if they want to take it. But walking down that road would be a huge error, and a relapse into the Mark Penn-mindset that so harmed her during her 2008 run. It would also be bad for the future of liberal policymaking, which Clinton insists she will champion as a “progressive” president who “likes to get things done.” And it probably would hurt her at least as much as it would help.

A better strategy would be the one proposed this morning by the Daily Beast’s Michael Tomasky, which would have the virtue of being positive and optimistic (Americans love that stuff); but would also stay in line with her temperament and personality. She should stop telling voters that they simply cannot have what Sanders is selling; no one wants to hear that. Instead, she should put forward one — at least one — big, bold, and beautiful moonshot idea of her own:

I thought her closing argument in Iowa wasn’t very compelling. These people poll the crap out of these things, so I suppose they were doing what they were doing for a reason, but “the other guy is selling you pie in the sky” isn’t exactly inspirational. She’s going to need to switch gears. General election voters may want to hear about experience and pragmatism. Primary voters want some pie in the sky. Especially at the very beginning of the process.

Last summer and fall, Clinton came out with a pretty solid stream of very progressive proposals. Nobody paid any attention because it was Benghazi-email time. And now she’s sort of stopped. And Bernie’s out there saying “free health care!” She needs to say something that captures the liberal imagination.

Would this go against much of what she just spent the last month or so arguing? Would it clash with all her talk of wanting to focus on “realistic” solutions? All the talk of giving up on “magic wands”? Would it smack of opportunism, or at least hypocrisy? Yes, absolutely. It would be far from the first time a winning candidate had pulled a 180 when that’s what circumstances demanded. It most certainly wouldn’t be the first for a candidate Clinton.

Besides, that argument — don’t ask for too much, lest you be disappointed — was always terrible. On political and philosophical grounds, both. It’s obviously hard to imagine that single-payer health insurance is on the near-horizon, for example. But now that Sanders has whet voters’ appetites, it may be on the medium- or long-term one. You cannot win if you do not try, as the saying goes.

Democratic voters are desperate for a program that gives them a sense of agency and meaning. It’s well past time for Clinton to give them one.