As Ghomeshi and Bill Cosby face their respective justice systems this week, women's credibility is really on trial 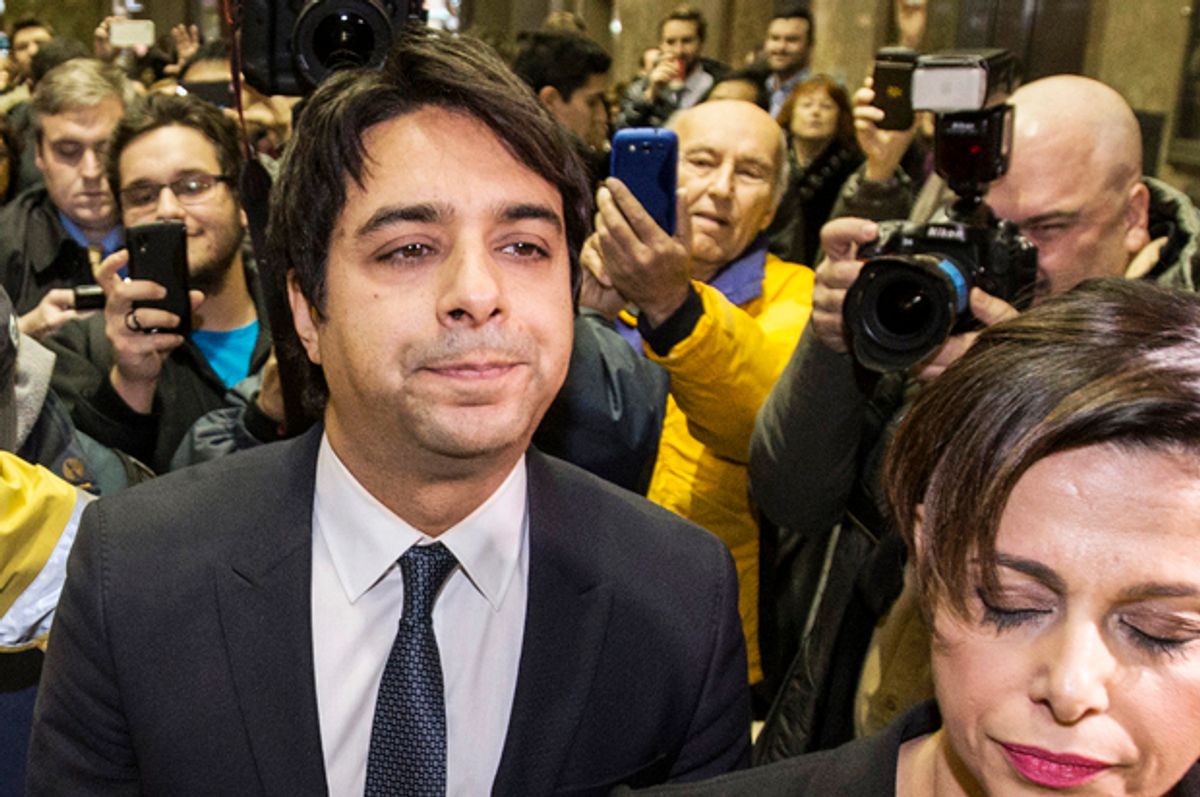 Eventually, it almost always boils down to he said/she said. And even if there are many more voices in the she camp than the he, it still often makes it nearly impossible to offer conclusive, satisfying resolution. Yet for those who claim they've been sexually assaulted, the quest for justice still holds hope of vindication, and the risk of being branded a liar. And this week, as the prominent cases involving Jian Ghomeshi and Bill Cosby move forward, more details — and conflicting accounts — are already emerging.

In October of 2014, Ghomeshi, the host of the popular CBC radio program "Q," abruptly announced he was taking an leave of absence. Soon after, the network announced it had terminated his employment. Ghomeshi hit back with a lengthy — now deleted — Facebook post claiming he'd been the victim of "harassment, vengeance and demonization" regarding his private and, he said, consensual sexual BDSM proclivities. But as details of an exhaustive, months long investigation by The Star emerged, a different image of Ghomeshi emerged — one of a man a number of women said had "physically attacked them on dates without consent," had "struck them with a closed fist or open hand; bit them; choked them until they almost passed out; covered their nose and mouth so that they had difficulty breathing; and that they were verbally abused during and after sex." Eventually, several more accusers came forward, with stories stretching back over a dozen years.

Ghomeshi has subsequently been keeping a low profile for more than a year now, but that's all changed this week, as he faces four counts of sexual assault and one count of overcoming resistance by choking in Canadian court. Ghomeshi has pleaded not guilty on all counts, and it will be a judge to decide whether he is or is not.

Now in its second day, the trial is already proving contentious. On Monday, defense attorney Marie Henein asked one of the accusers why she hadn't mentioned in prior interview with the CBC that they'd "been kissing before he allegedly pulled her hair the first time," telling her, "That was a lie." She replied, "That was not a lie." On Tuesday, the defense pressed another accuser on why she sent "flirtatious" to Ghomeshi after he allegedly assaulted her in 2003, and asked her to "admit that she lied to police" when she said she hadn't been in contact with him. She claims she was trying to "bait" him. "I did not want to see him," she said. "I wanted Jian to call me so that I could ask him, why did he punch me in the head." Defense also asked her to admit "she lied under oath" after she testified she never tuned in to his show after the alleged incident.

Meanwhile, as Bill Cosby faces criminal charges in Pennsylvania, the former District Attorney Bruce Castor told a judge Tuesday that he didn't pursue charges against him a decade ago because his accuser Andrea Constand appeared to have "a credibility issue for her that could never be improved upon." And Cosby's attorney Monique Pressley recently said in a statement that his accusers are "malicious, opportunistic and false and defamatory."

God knows nobody's expecting a confession. But it's not enough, from a defense point of view, to spin a story that perhaps these competing narratives could be the result of faulty memory, or miscommunication, or some other explanation. It has to be: Women lie. These women are liars. It has to be, they're not simply mistaken, they're "malicious." And the persistent challenge these defenses offer is — isn't it easier to believe that a whole bunch of women are liars, than one man is?