"The Iowa caucus is the Kim Kardashian of states": "Daily Show" unloads on our Iowa fixation

There's no reason for our obsession with it, "The Daily Show" notes. It's just the way it is 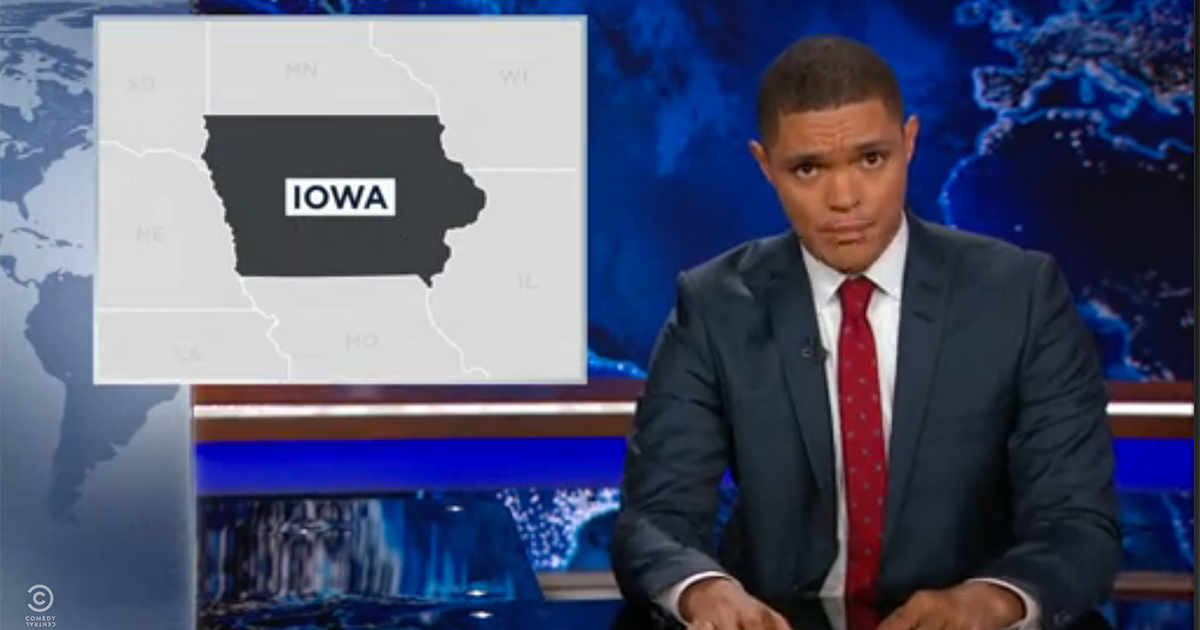 All it takes to get Trump supporters excited is literally flying over them, Trevor Noah explained on Monday night's "Daily Show." We know now that it clearly wasn't enough; maybe he should have at least done a touch-and-go. Or "do it like Denzel would do it," he said, showing video of an inverted plane like Denzel Washington did in the film "Flight."

"Daily Show" correspondent Ronnie Cheng explained the Iowa caucus for non-Iowans in pop-culture language so the passively political could understand. Essentially, "the Iowa caucus is the Kim Kardashian of states... there's no real reason for the obsession. It's just how things are," he explained. "The candidates have all been kissing Iowa's ass so hard that by now they've deep-throated every fried food on a stick in existence."

Cheng explained that Iowa has six times more pigs than people and that the state is basically a "giant farm with 90 percent white people and most of them are friendly old baseball ghosts."

"Maybe it's because the Iowa caucus is the single event where Democrats and Republicans actually choose their final presidential nominees... No, that's bullshit. Although, it would make sense with all of the attention Iowa gets." Yeah, no kidding. And in the end, Iowa has chosen people like Mike Huckabee and Rick Santorum, neither of whom went on to be their party's nominee.

On the plus side, someone can still end up third and still become president. Lower than that and you're pretty much screwed. Sorry Jeb Bush.

Check out the rest of Cheng's report: