"And after the apocalypse there will only be two things remaining: cockroaches and Ted Cruz's speech" 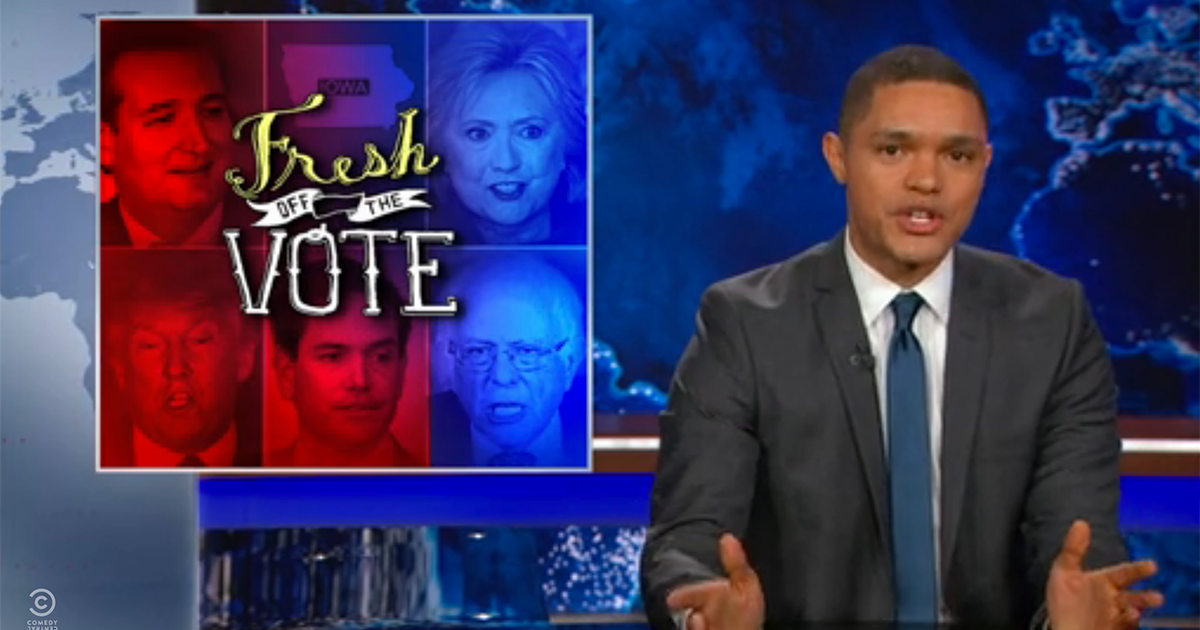 "Daily Show" host Trevor Noah is new to the whole Iowa caucus thing, and it was a little overwhelming and surprising. "Look! They're writing things down on a piece of paper. The fate of the free world literally rests on one guy not sneezing."

In six precincts the winner had to be determined by a coin toss. "Bernie was right. I guess money does decide elections," Noah said as his audience applauded.

So the only thing left was to watch Ted Cruz's long-ass victory speech. "I'm told that after the apocalypse there will only be two things remaining: cockroaches and Ted Cruz's speech. And then the cockroaches will kill themselves because, fuck that." Cruz was right about one thing, it isn't he that scares people, it's his voters. "I'm afraid of Michael Myers from the Halloween movies, but if there was a room full of people that supported Michael Myers, I'd be afraid of those people," Noah said.

Check out the rest of the video below including a hilarious bit where Noah slams Marco Rubio for not understanding why people said he couldn't win (hint: it's not his boots or his hair):