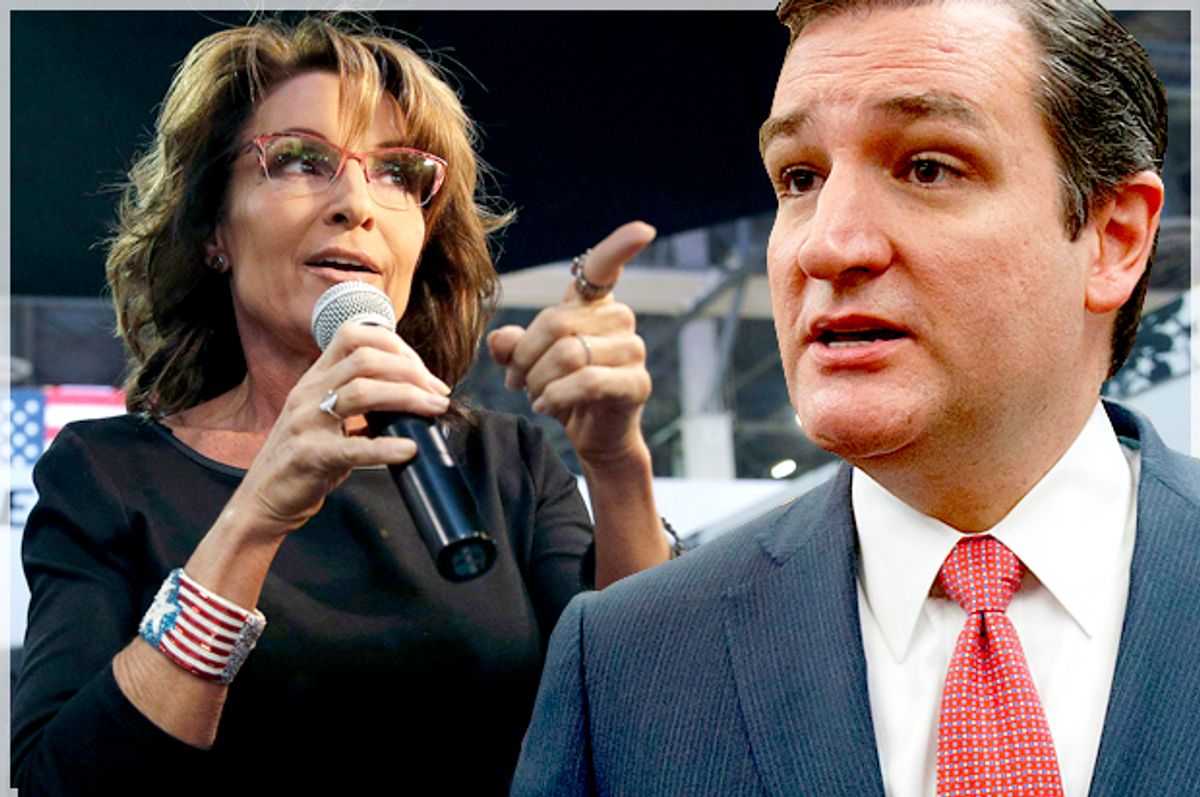 Watch out! Donald Trump supporter Sarah Palin has waded back into the campaign to slam the billionaire's arch rival in the race, Ted Cruz.

In a post Wednesday, titled “Dirty Politics: Witnessing Firsthand It's Always Heartbreaking, Never Surprising," Palin called out Cruz’s campaign co-chair, Rep. Steven King, for spreading the false rumor that Ben Carson was dropping out of the race ahead of Monday’s caucus.

King was referencing reports that Carson would be skipping the New Hampshire and South Carolina caucuses, and instead heading to Florida, following Iowa. King tweeted the following at 7:20PM on caucus night:

Carson would later refute the rumors, condemning King's "dirty tricks," and assuring voters that he had no plans to leave the race.

Though the issue was more or less settled Tuesday — with Cruz assuming responsibility and apologizing — Trump and his loudest ally aren’t quite ready to let bygones be bygones.

King “actually lied to his own constituents on behalf of Cruz, regarding a good man, Dr. Carson,” Palin continued. “He told voters Carson was dropping out of the Presidential race immediately before the Iowa caucus, causing a relative uproar inside the process, so the word would spread and he could rack up more votes for his candidate, Cruz.”

King’s “typical Washington tactics” are, according to Palin, “no different than Obama's practice of not holding anyone accountable.” The maverick former-VP candidate is no doubt trying to align Cruz with the political establishment against which Trump has structured his entire candidacy.

"We've had eight years of a reckless President, accountable to no one, pushing this country to the brink," added Palin. "Why would we ever take a risk repeating that?"