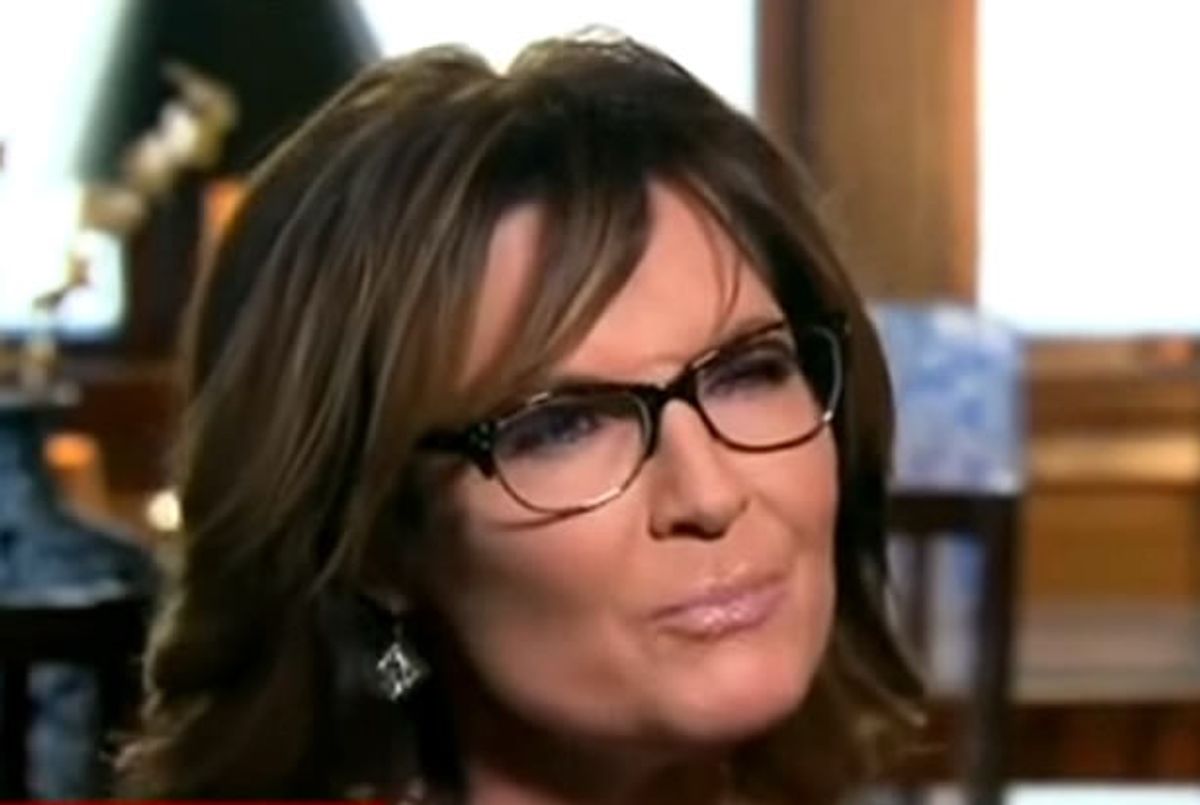 On "The Lead" Tuesday, former half-term Alaska governor and failed vice presidential nominee Sarah Palin discussed how happy she was that her candidate of choice, Donald Trump, had "seen the light" when it comes to abortion -- just like Justin Bieber.

"“I am so glad that Mr. Trump has seen the light and understands the sanctity of innocent life and how a baby in the womb should be most protected," she began.

"What has been kind of sad about this situation though, politically speaking, are there are groups that are pro-life and they say they want to bring more people into the fold."

"They’re giving Trump a hard time for his past views on abortion where they’re celebrating others, like, I was going through a list," Palin said. "Like Justin Bieber and -- "

"Yeah, he's made statements, understanding the sanctity of life, but in the past said it was no big deal to him. He's just one example."

Bieber told "Rolling Stone" in 2011 that "everything happens for a reason," so even in cases of rape or incest, abortion was wrong because "it's like killing a baby."