"An angry black man scares the heck out of many people": Michael Eric Dyson explains the right's racism and Obama hatred to Stephen Colbert

“You can have critical viewpoints about the president," Dyson began, but this is something different... 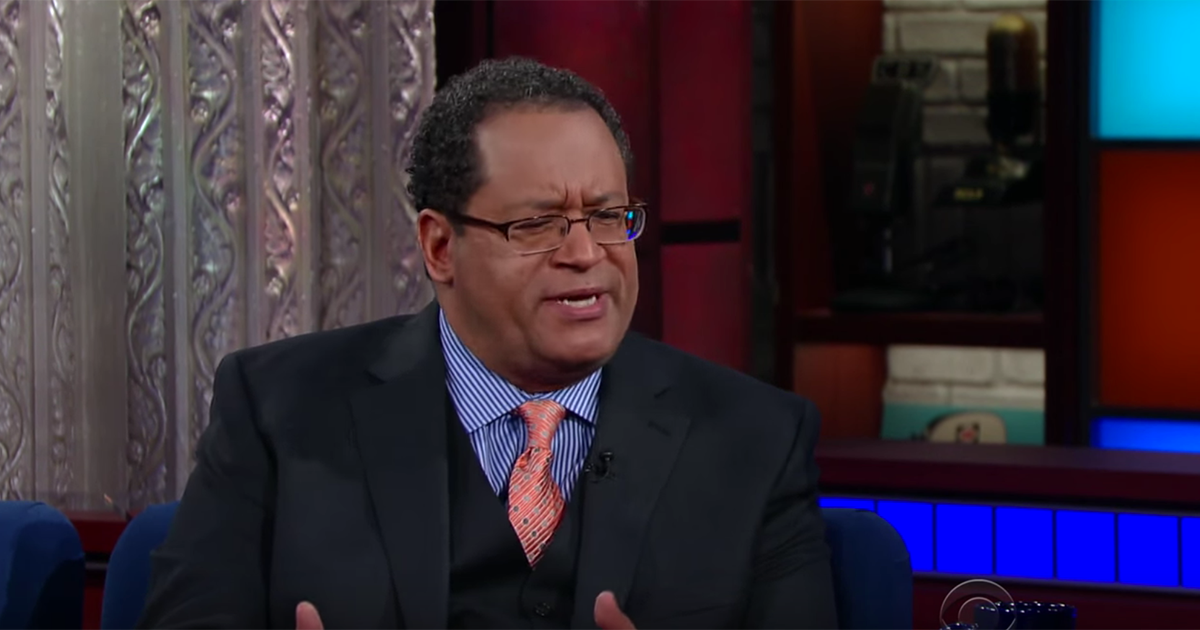 Michael Eric Dyson sat down with Stephen Colbert on Wednesday's "Late Show" to talk about his new book "The Black Presidency: Barack Obama and the Politics of Race in America." Colbert said that a lot of presidents have endured a lot of terrible treatment from Republicans, such as Bill Clinton, and admitted that he had said some rough things about George W. Bush. But Dyson walked Colbert through what makes so much Obama criticism about race.

“You can have critical viewpoints about the president," Dyson began. "You can speak back to him. You can disagree with him. I don’t mean at all that that is racist. I’m suggesting that despite the ideological and political differences there’s an overlay of kind of racist reaction. For instance, a congressman stands up in Congress and shouts, ‘You lie.' A governor from Arizona puts her finger in his face on the tarmac before the world. A reporter at the White House refuses to let him finish his press conference. This is unprecedented kind of stuff.”

Similarly, Dyson said, Republicans want to accuse him of being a secret Muslim despite the fact that President Obama has belonged to a Christian church for over 20 years.

"You know, the Republicans don’t believe in abortion, but they want to retroactively remove him from birth," he said. "Look, when you think about the fact that Barack Obama has many more death threats than any other president, that the kind of disrespect and acrimony that’s been unleashed against him, and the birther movement -- we’ve got a guy running for president right now who led a birther movement suggesting this man was not really an American citizen.”

Dyson went on to describe actual racial progress which to him would be if a black man could echo what Donald Trump said, "If I stood in the middle of a street and shot somebody, I would still get votes." But an African American or a Latino could never say something like that. "Because if Obama dreamed he could do that, he would wake up and apologize. ...  He has to be very cool, calm, dispassionate, and clinical. He can’t be emotional. People keep saying, ‘Why doesn’t the president get emotional?’ Why doesn’t he get invested?’ Because an angry black man scares the heck out of many people, right? Ask Cam Newton."

Check out the full interview below: