Atticus Finch redeemed: New survey shows we can't help but remember our heroes the way we knew them first

A British poll suggests that either nobody read "Go Set a Watchmen," or readers rejected it as bogus 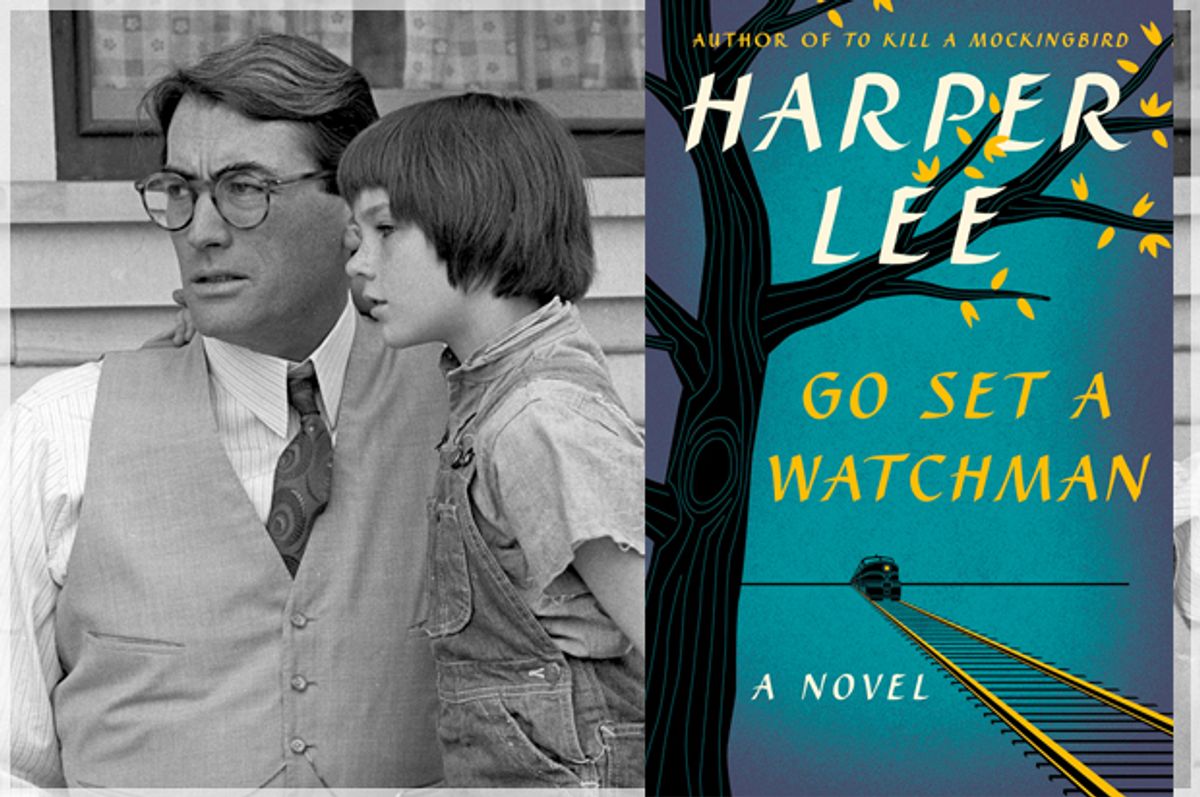 Last summer, there was a lot of excitement around a book that cast new light on a literary classic -- one assigned at just about every junior high in the United States. There were skeptics, and critical stories in the press, but the book became one of the best selling novels in the U.S. for 2015; in the U.K., 100,000 sold on its first day of sales. The novel’s explosive news was that Atticus Finch, the crusading anti-racist lawyer of “To Kill a Mockingbird,” became a bigot who attended a Ku Klux Klan rally and feared, rather than championed, the emancipation of black people.

How has Harper Lee’s “Go Set a Watchman” held up? Has it joined the canon of American fiction, complicated our views of Atticus Finch himself or the South in general?

Well, “Go Set a Watchman” has ended up, seven months later, looking a bit like the “Star Wars” prequels – it was a massive commercial phenomenon that made almost no impact on people’s views of its characters. At least, that’s what a new British poll suggests. Last year, much of the conversation was about how vile Finch was, and how a noble man could have been so corrupted. Or were we wrong about him in the first place? Now, readers seem to have forgotten the whole thing. Either the voters in this poll missed one of the most debated cultural stories of the year, “Watchman” just failed to resonate as an authentic literary creation, or nobody read it.

Here’s the Guardian reporting on the new poll:

Atticus Finch, hero of Harper Lee’s novel To Kill a Mockingbird, is the most inspiring character in literature, according to new research – despite his outing as a racist in Lee’s sequel last summer.

A survey of 2,000 UK adults to mark the 10th anniversary of literacy charity Quick Reads found that Finch, the lawyer father of Lee’s child heroine Scout, topped the list of the most inspiring literary character for both men and women. In To Kill a Mockingbird, Finch defends a black man accused of raping a white woman, but in Go Set a Watchman, the surprise sequel published by Lee last summer, he takes a different perspective on race, asking his daughter: “Do you want Negroes by the carload in our schools and churches and theaters? Do you want them in our world?”

Admittedly, this is not a poll of publishing professionals or literati, but of readers who also love the “Hunger Games” books and “The Lord of the Rings,” with Katniss and Frodo Baggins coming out right behind Atticus Finch. But Harper Lee’s first book was not something that only English majors and their professors read – it was that rare consensus novel, a classic that people who loved Joyce and the “Twilight” books both loved.

So what else did this inspiring figure say in the latest book? This, for instance, in a speech to Scout:

"Jean Louise, have you ever considered that you can't have a set of backward people living among people advanced in one kind of civilization and have a social Arcadia?..."You realize that our Negro population is backward, don't you? You will concede that?"

And then, there’s this:

"Negroes down here are still in their childhood as a people."

Let’s look back at last summer for a second. Lee’s lawyer, Tonja Carter—who defended the publication of “Watchman” to those who thought she was exploiting the author -- wrote this in the Wall Street Journal:

Accidents of history sometimes place otherwise unknown people in historic spotlights. Such was my fate when last August curiosity got the best of me and I found a long-lost manuscript written by one of America’s most beloved authors. The manuscript was titled “Go Set a Watchman,” and its author was Harper Lee.

At this point, this heroic, self-congratulatory tone looks even more ridiculous and self-justifying than it did then. Either book buyers didn't actually read the book, or they don't care about Finch's transformation. The lesson may be that people just see what they want to see. It may be that an old woman can be exploited. Or it may be that when compared to junior high school and a classic movie, even a bestselling novel that gets tons of hype doesn't stand a chance of changing the way we see see someone we think we know.