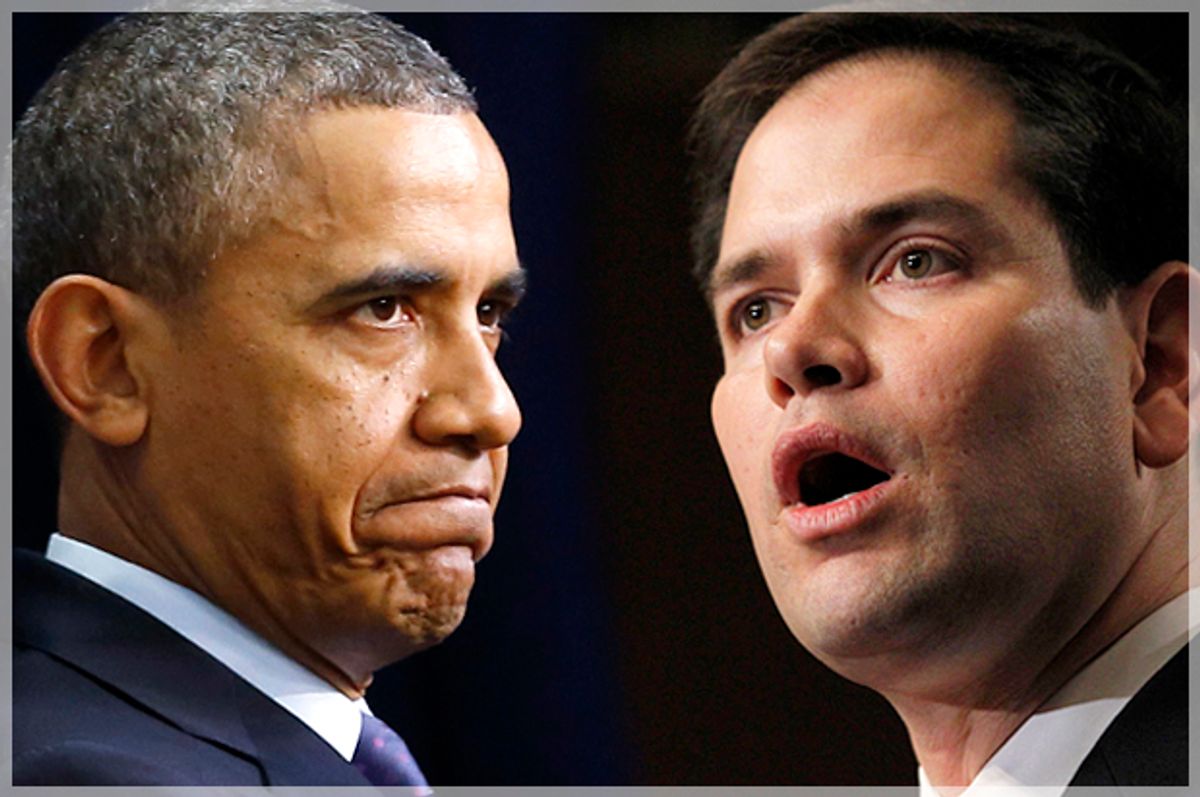 President Obama waited seven years to visit a mosque, perhaps to avoid the type of reactions he received from men vying to replace him after he delivered remarks at the Islamic Society of Baltimore on Wednesday.

"We have a lot of problems in this country," Republican presidential candidate Donald Trump noted during a Fox News interview Wednesday night. "There are a lot of places he can go, and he chose a mosque ... I don't know if he's -- maybe he feels comfortable there."

At a town hall meeting in New Hampshire later that night, rival Marco Rubio registered his disapproval of Obama's trip, citing it as one of the ways the president attempts to divide Americans “along ethnic lines and racial lines and economic lines and religious lines.”

“Look at today – he gave a speech at a mosque,” Rubio said. “Oh, you know, basically implying that America is discriminating against Muslims. Of course there’s going to be discrimination in America of every kind. But the bigger issue is radical Islam… [I]t’s this constant pitting people against each other – that I can’t stand that. It’s hurting our country badly.”

So how exactly was Obama's visit to an American mosque the latest example of "pitting people against each other?" Well, here is just a sampling of what Obama said during his visit:

"With interfaith dialogue, you build bridges of understanding with other faith communities."

“You’re not Muslim or American, you’re Muslim and American.”

"We’re one American family.  And when any part of our family starts to feel separate or second-class or targeted, it tears at the very fabric of our nation. "

"At a time when others are trying to divide us along lines of religion or sect, we have to reaffirm that most fundamental of truths:  We are all God’s children.  We’re all born equal, with inherent dignity. "

“We have to reject a politics that seeks to manipulate prejudice or bias, and targets people because of religion.”

Watch the president's remarks to a mosque that got Rubio all riled up: