"Abandoned by the state": How the Zika crisis highlights shameful blind spots in reproductive health 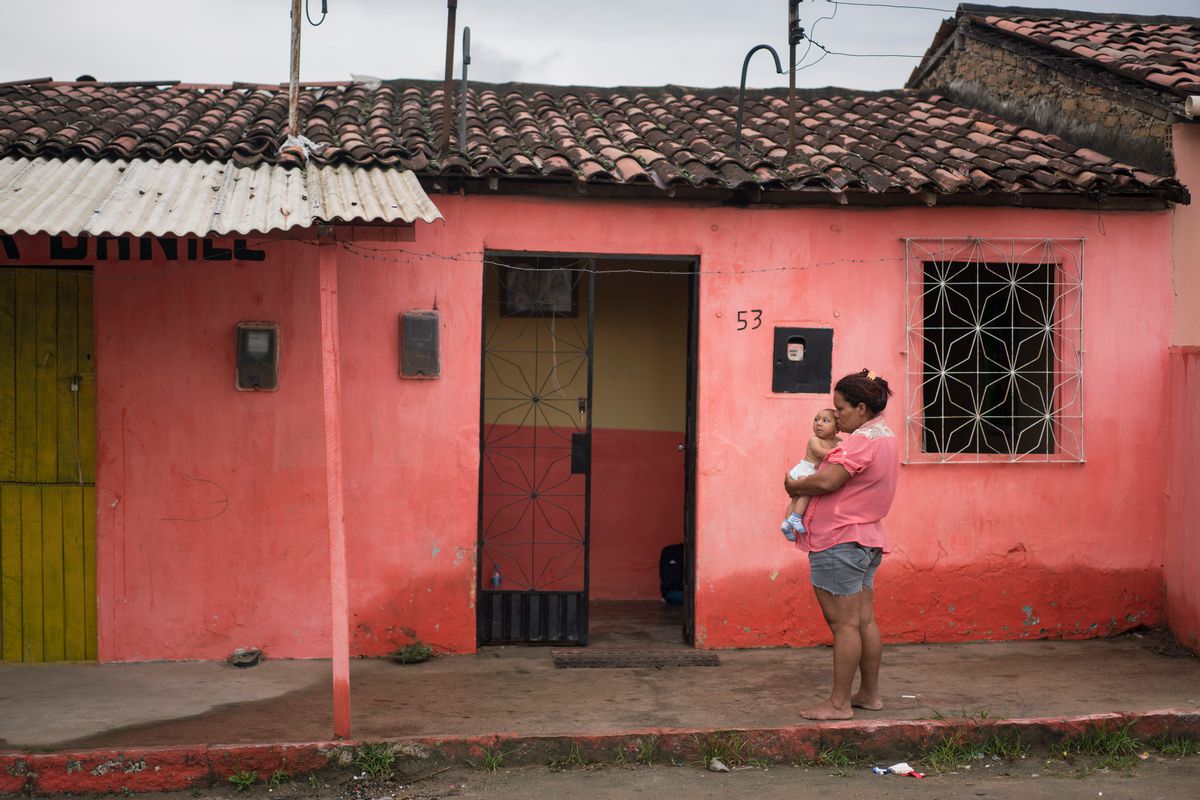 Last month, the World Health Organization declared the mosquito-borne Zika virus a “international health emergency.” Though the virus doesn’t harm most who get it, recent research suggests that Zika can cause serious damage to the brains of fetuses and, in rare instances, neurological problems in adults.

Since last spring, more than 20 countries have reported locally acquired cases of Zika. “The level of alarm is extremely high,” said Dr. Margaret Chan, director general of the World Health Organization, in a speech in Geneva. Such alarmist language about the Zika virus is mostly focused on the implications on pregnant women and their fetuses, specifically on the purported link between the virus and microcephaly, a rare condition in which infants are born with abnormally small heads and damaged brains. Despite the fervor and worry, experts say it is too early to tell whether Zika is causing microcephaly in infants. Nonetheless, in response to the increase in Zika cases, the government of El Salvador has advised women to refrain from becoming pregnant until 2018. Brazil has seen the most Zika cases in Latin America, and recently a leading Brazilian health official recommended that women in the hard-hit northeastern region postpone pregnancy. U.S. health officials have warned pregnant Americans to refrain from traveling to Latin American countries.

In additional pregnancy-related worry, on the heels of the WHO’s announcement about the Zika explosion, the United States’ Centers for Disease Control issued a report finding that three in four American women who plan to get pregnant soon are still drinking alcohol. The report also found that whether women plan to get pregnant or not – an estimated 3.3 million, between the ages of 15 and 44, risk harming a developing fetus with alcohol because they are drinking and having sex without birth control. Anne Schuchat, principal deputy director of the Centers for Disease Control and Prevention, said that “Alcohol can permanently harm a developing baby before a woman knows she is pregnant.” This is especially important given that, “About half of all pregnancies in the United States are unplanned, and even if planned, most women won’t know they are pregnant for the first month or so, when they might still be drinking.”

These are distinct health issues with different causes and impacts. The common threads are the emphasis on pregnancy-related health concerns and solutions that center on behavior-change. The juxtaposition of these scenarios is interesting because of what it exposes about gender and public health -- the emphasis on behavior change with a dramatic disregard for the fact that it is growing more and more difficult here in the U.S. and around the world to plan a pregnancy and have control over one’s pregnancy outcome -- whether it is a healthy childbirth and child, a miscarriage or an abortion.

In the case of the Zika virus, the recommendation to avoid pregnancy in affected Latin American countries is almost laughable. “It’s incredibly naive for a government to ask women to postpone getting pregnant in a context such as Colombia, where more than 50 percent of pregnancies are unplanned and across the region where sexual violence is prevalent,” Monica Roa, a member of Women’s Link Worldwide group, told the BBC earlier this week. In El Salvador abortion is punishable by jail time, miscarriages are investigated, and sex ed and birth control are very difficult to access. In Brazil, abortion is legal in limited instances and women who give birth to infants with microcephaly bemoan the lack of support and services they are offered. Marilia Lima, whose son was born with microcephaly in Brazil just a few months ago, told NPR that she felt alone and “abandoned by the state.”

In the matter of unplanned pregnancy and fetal alcohol syndrome, one might argue that this situation is a matter of acting responsibly, and therefore importantly different than that of the Zika virus in which pregnant women cannot effectively prevent getting bitten by a mosquito carrying the virus. To understand the parallel, we must understand the history of criminalizing pregnant women and the shifting science around pregnancy and alcohol.

Scientists agree that binge drinking during pregnancy—consuming five or more drinks in one sitting— puts a fetus at risk for negative health outcomes. Importantly, though, research still hasn’t proved that small amounts of alcohol have similar negative effects. In fact, University of Chicago economist Emily Oster examined hundreds of studies and found “basically no credible evidence that low levels of drinking (a glass of wine or so a day) have any impact on your baby’s cognitive development.” In one frequently cited study claiming the real dangers of fetal alcohol syndrome, researchers surveyed a group of 400 patients who were diagnosed with fetal alcohol syndrome at birth. These patients exhibited a range of behavioral problems from “disruptive school experiences” to “trouble with the law” and “confinement.” Despite this, it’s vital to note that the authors of the study admittedly did not account for “environmental” factors like living with an alcoholic parent, being put into foster care or  experiencing child abuse and/or neglect as explanations of their behavior- rendering the study far less convincing.

In the years after fetal alcohol syndrome was diagnosed, drinking while pregnant has been increasingly stigmatized and criminalized. Eighteen states have redefined civil child abuse to include prenatal substance use. The brunt of these laws, which are often vaguely written and selectively applied by courts, falls on women of color and low-income women. A 2010 study published in 2010 found that black and Native American women were disproportionately arrested or subjected to a forced medical intervention because of substance use.

Given all this, the rapidly dwindling access to comprehensive sexuality education and statistically shocking lack of access to affordable abortion care, it’s a twisted and brazenly out of touch public health solution to tell women where abortion and birth control are out of reach, to simply not get pregnant. Or to tell young women who don’t want (or can’t afford) birth control to just not drink alcohol. It’s a pathetic attempt at public health policy, laden with shaming and stigma, where real solutions would include affordable, readily accessible reproductive healthcare including birth control and abortion, safe communities without pools of stagnant water, access to prenatal and postnatal care for women, and affordable access to the care that families need should they have babies that need treatment for special health concerns.

Eesha Pandit is a writer and activist based in Houston. You can follow her on twitter at @EeshaP, and find out more about her work ateeshapandit.com.