She has a peculiar tone-deafness to how matters of class relate to her personally. It helps explain Sanders's rise 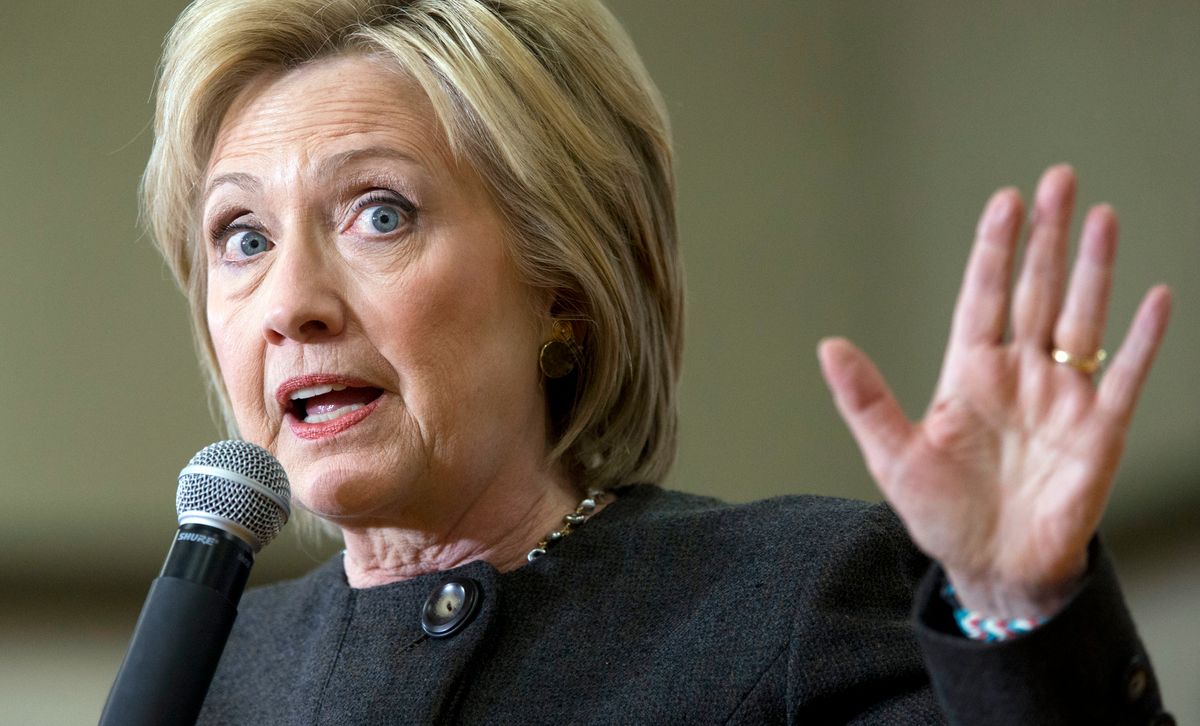 Hillary Clinton suffers from a peculiar tone-deafness in regard to how matters of class and socioeconomic status relate to her personally.

As a child Clinton grew up in an upper class household. Her father owned a successful business, the family lived in a tony Chicago suburb, she then went to Wellesley, Yale Law School, etc. Today she is a very rich woman married to even richer man. (Together the Clintons have a net worth in excess of $100 million).

Clinton has, in other words, spent her entire life enjoying the advantages of high to extraordinarily high socioeconomic status. Unlike her husband, she never moved into the American upper class: she was born into it, and has never been at any risk of dropping out of it.

Nevertheless Clinton sometimes makes statements that sound as if she has no awareness of her privilege: that suggest she considers herself, in some vague sense, an ordinary "upper middle class" American -- one who has had to struggle with budgets, mortgages, and anxieties about how to pay for her child's college education. A year and a half ago, as she was gearing up for her second presidential run, she gave an interview to "Good Morning America":

She said her family "came out of the White House not only dead broke but in debt," adding later that her family had "no money" at that time and "struggled to piece together the resources" for mortgages and her daughter Chelsea's college education.

This is complete nonsense. For example, the Clintons bought a $2.8 million house shortly before Bill Clinton left the White House, putting nearly $900,000 down in cash and getting a $1.9 million loan for the rest. The several million dollars in legal fees they owed at the time -- something that would have been an economic disaster for even most very well-off Americans – were certain to be paid off almost immediately by speaking fees and book advances, which is why the "dead broke" couple was lent a couple of million bucks to buy a house, even though their putative balance sheet was negative.

At the time, her remarks evoked much well-deserved criticism. This makes her subsequent response to criticism for taking enormous speaking fees from the financial sector all the more remarkable.  Clinton “earned” more than $3.7 million in this way in just the two years between her departure from the Obama administration and the official start of her presidential campaign.

“That’s what they offered,” she explained on Wednesday, when asked why she accepted $675,000 from Goldman Sachs alone.   That response carried an unfortunate echo of bank robber Willie Sutton’s explanation for why he robbed banks. “Because that’s where the money is,” he supposedly said. (This in turn brings to mind Bertolt Brecht’s remark that robbing a bank is nothing compared to founding one.)

Clinton could have protected her purportedly progressive bona fides in two ways. First, of course, she could have not taken the money. There is something disgusting about the spectacle of someone who was already wealthy far beyond the imagining of ordinary Americans continuing to accept what she claims were unsuccessful attempts to bribe her, even as she was on the eve of launching a presidential campaign supposedly dedicated to protecting the interests of those ordinary Americans against the depredations of the very masters of the universe funneling millions of dollars into her personal bank account.

Alternatively, she could at least ask voters to hate the game, not the player.

“Yes, it’s a rotten system through and through,” she could have said. “The revolving door that allows politicians to rotate out of office, take huge fees from people trying to win their favor, and then rotate back in, is absurd and wrong. I plan to do my best to make sure that in the future people can’t do this, because I know after seeing it from the inside just how corrupt it is.” (This, by the way, is not too different from what Donald Trump has been saying, which helps explain his popularity, since it’s so obviously true).

Instead, Clinton is taking the line that this is just how the system works (and will apparently continue to work), but that for unspecified reasons she happens to be the kind of person who can be trusted to defraud the people whose money she took.

That she believes this is a satisfactory response provides a glimpse into the extraordinary complacency and self-satisfaction of our elite political class in general, and of Hillary Clinton in particular. (It also helps explain the remarkable success of Bernie Sanders’ insurgent campaign).

Clinton would do well to contemplate the words of the English writer G.K. Chesterton, in response to the claim that rich politicians cannot be bribed: “The rich man is bribed; he has been bribed already. That is why he is a rich man.”