"Say it to me directly" is basically Hillary Clinton for "come at me bro." 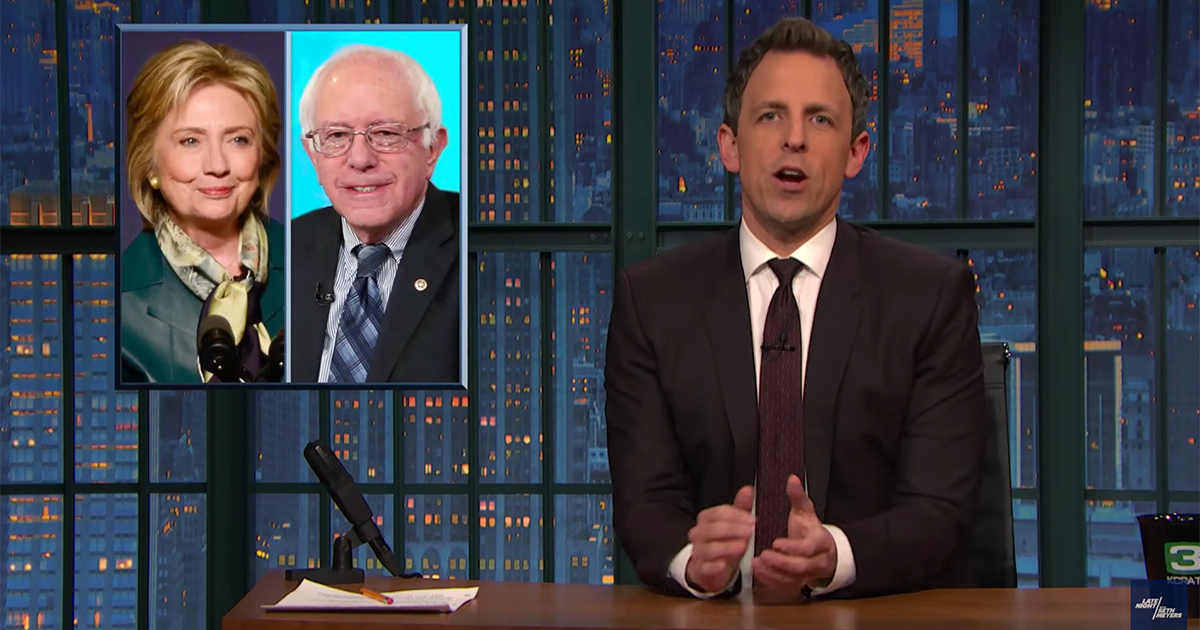 Bernie Sanders and Hillary Clinton's fight in the last two debates over who can claim the banner of the progressive became the topic of Seth Meyers' "Closer Look" segment on Friday's "Late Night."

The host talked about the Twitter war that broke out between the two candidates and their supporters over a comment Clinton made years ago about being a centrist. The fight was so insane that Sanders supporters were even banned from Tinder because they were using it to campaign. "Tender is the last place you want to hear, 'Feel the Bern,'" Meyers joked.

The battle for the soul of the progressive revolves around Clinton's relationships with Wall Street and Sanders' record on gun control. This week, both candidates got to address the issues in back to back town hall then debate. Clinton, when asked about speaking fees at Goldman Sachs said everyone has done it and admitted she wasn't sure if she was going to run. "You didn't?!" Meyers exclaimed. "You're Hillary Clinton, you were always going to run for president. If for no other reason than the tattoo," he joked showing a President Hillary Clinton tattoo.

The fight that broke out Thursday was about Sanders' use of the word "establishment" and Clinton denying she has ever been influenced by anyone who gave her money. Meyers said that Clinton's comment that if Sanders has something to say he should "say it to me directly" is basically Clinton-speak for "come at me, bro!" Sanders' response to wince and say "ooooooo" was basically Sanders-speak for "aw, HELL no!"