Nor are the other any candidates being treated any more kindly 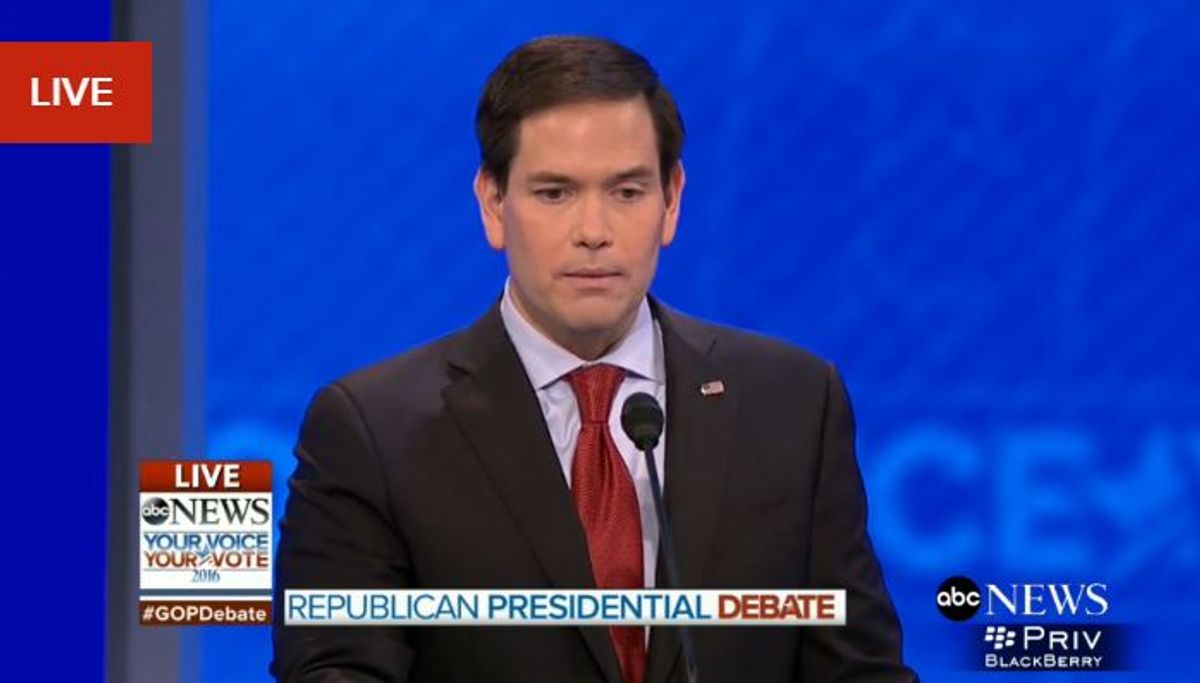 As usual, Twitter is having fun with the GOP primary debate, and it it's any indication, it's become pretty clear to everyone -- of all political affiliations -- that Florida Senator Marco Rubio is having a terrible, terrible night:

Jeb! may not have earned his exclamation point back, but he's not doing too terribly:

Donald Trump seems a little confused about where all this oil he's going to take is located:

It's rumored that Ben Carson is still at this debate, but that can't be verified at this time: