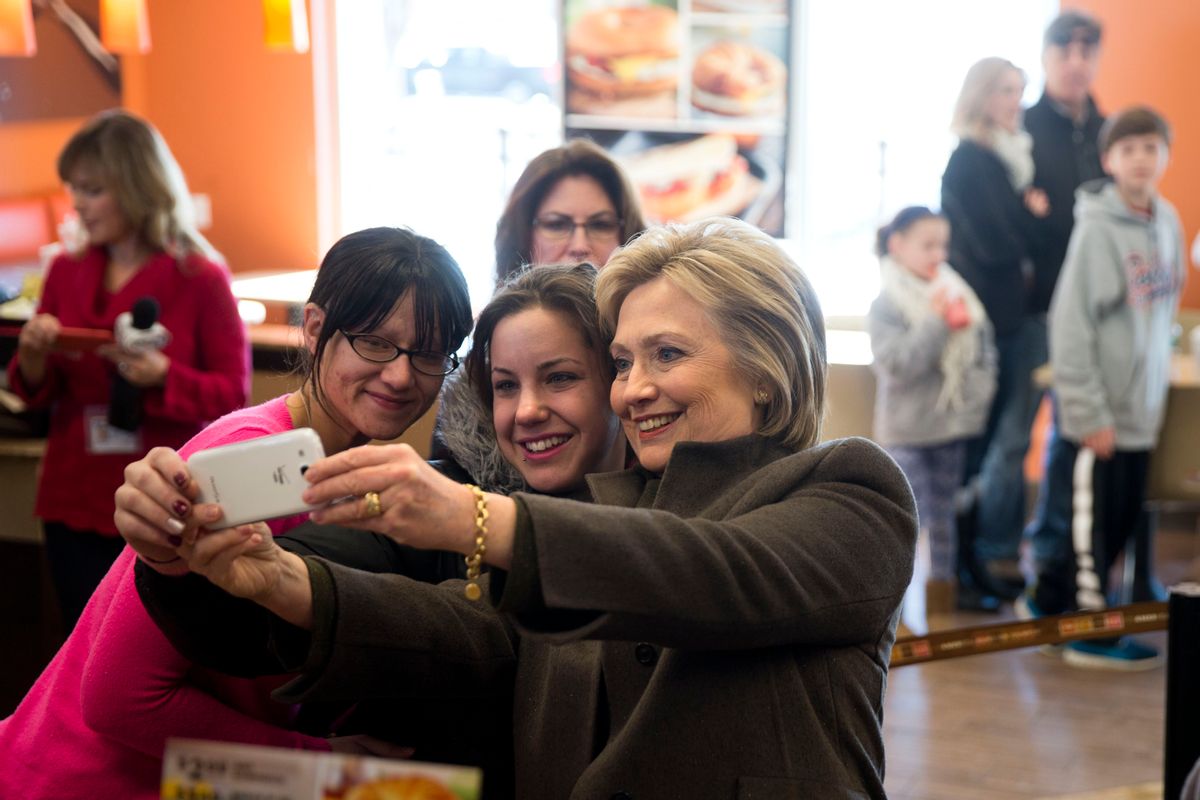 Thank you for everything you've given us in your fight for women's rights and civil rights through the '50s, '60s, '70s, '80s, your whole lives. As your female children, the younger generations of feminists, following in your footsteps, we do not take your efforts lightly. We know how much blood, sweat, and tears went into the long fight to ensure we have the rights we have now. We know many lost their lives fighting for equality. We will never forget. And, we will devote our lives similarly, by your example.

We know the fight is uphill, but understand that this rhetoric makes you part of that uphill battle we are now fighting, part of the uphill battle that you fought, too. We understand the allure of a woman president after everything you've been through in your lifetime. But understand that based on the principles you've taught us, we know having a female presidency is less important than gaining true gender equality. Understand that we're not willing to give up the values you've instilled in us for a trophy, even at your request.

Our experience following in your footsteps has taught us what real equality means and we will not be distracted by sexist attacks, even from you. With the strength you gave us, we will refuse to be guilted or shamed into voting for Hillary based on gender alone. Because of you, we will vote for policy, for mind and heart, not genitals because we know that to do anything less would undermine everything you've fought for, everything your mothers and your mothers' mothers fought for and won.

Thank you for everything you've taught us and know that we won't let you down. We've got your back, even if you don't have ours.

A Millennial Woman Feeling the Bern.