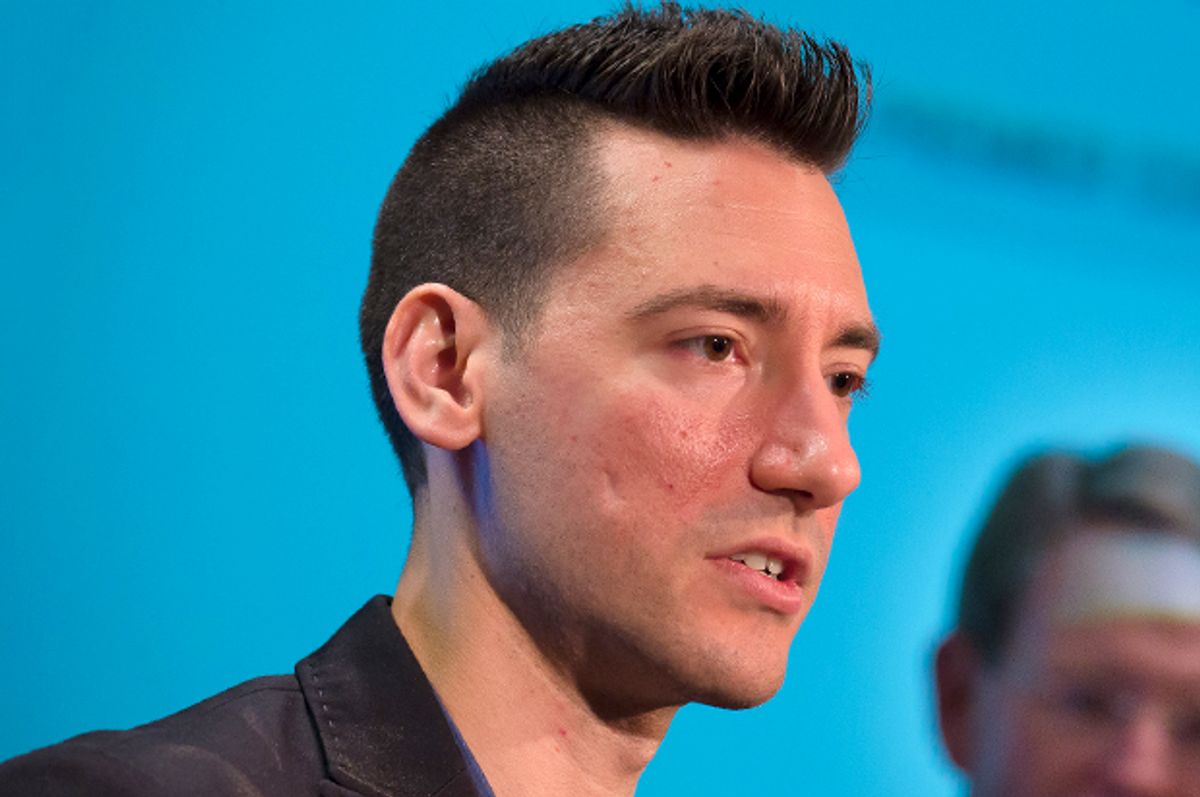 The legal troubles for David Daleiden keep stacking up. Daleiden, the head of an anti-choice group called the Center for Medical Progress, made headlines over the summer with extremely misleading videos making accusations that Planned Parenthood is running a black market, for-profit business in fetal body parts.

These accusations, which have been disproved time and time again by various governmental investigations led to Daleiden's arrest on Thursday in Harris County, Texas. The grand jury that charged him was instigated by Republican officials in the state who clearly wanted them to come up with some kind of charge against Planned Parenthood, but instead the grand jury cleared Planned Parenthood of wrongdoing, instead charging Daleiden for falsifying government documents and attempting to buy fetal tissue illegally.

Right after Daleiden's arrest in Texas, he got handed another legal defeat in California, when district court judge William Orrick issued a temporary restraining order against Daleiden and Center for Medical Progress, keeping Daleiden from releasing even more videos with footage he recorded inside the National Abortion Federation's (NAF) annual meeting in 2015.

The decision is particularly notable because it really lays out, in painstaking detail, how sleazy Daleiden's operation really is. In order to get into NAF, the judge's decision explains, Daleiden falsely claimed to be working for a biotech firm. Despite lying about his identity, he signed a document claiming that his application was "truthful, accurate, complete, and not misleading," which it absolutely was not.

Moreover, to get in, Daleiden and his group signed an agreement that they would not record anything that happened inside the conference and "not disclose any NAF Conference Information to third parties without first obtaining NAF’s express written consent." Despite swearing not to record anything, Daleiden and his workers recorded "approximately 257 hours and 49 minutes at NAF’s 2014 Annual Meeting and 246 hours and 3 minutes at NAF’s 2015 Annual Meeting."

The ostensible purpose of all these recordings was to catch an abortion provider agreeing to illegally sell fetal tissue. But despite recording over 500 hours of footage, the judge writes that he could "find no evidence of criminal activity."

"And I am skeptical that exposing criminal activity was really defendants’ purpose, since they did not provide recordings to law enforcement following the NAF 2014 Annual Meeting and only provided a bit of information to law enforcement beginning in May, 2015," he drily adds.

Not that Daleiden and his folks didn't try their hardest to trap someone into saying they'd sell fetal tissue to them on tape. Daleiden instructed his people to hit conference attendees with a really hard sell about how they are "sitting on a goldmine" and that it would be "extremely financially profitable for you", but couldn't, for all their hustling, get anyone to agree on tape to do such a thing.

On the contrary, "recordings tend to show an express rejection of Daleiden’s and his associates’ proposals". It's like recording yourself trying to sell people drugs and, when no one buys, calling them a bunch of junkies anyway.

Not that actually capturing evidence of any wrongdoing was ever really the main goal here. They didn't get any with the stings on Planned Parenthood, but released videos anyway. The real purpose here is to demonize specific abortion providers by catching them on video tape talking in frank terms about their work with people they believe are fellow professionals.

"The associates were given a 'mark list' to identify their targets," the judge writes. "The group also picked targets based on circumstance: in one instance, Daleiden tells 'Tennenbaum' that it 'would be really good to talk tonight' with a particular doctor 'now that she’s been drinking.'"

Of course, most of us would also be grossed out hearing a bunch of heart surgeons talk shop over drinks with their colleagues, but luckily for people who need legal access to bypass surgery, no one is using the "ew gross" argument to try to ban heart surgery.

Daleiden tried to argue that he's a legitimate journalist in court, but, as I've argued before, his deep-set hostility to the truth argues against that. Judge Orrick appears to agree, adding that the Daleiden's activities support "NAF’s contention that defendants’ goal instead is to falsely portray the operations of NAF’s members." Here's hoping that Daleiden's continuing court battles expose even more details of exactly how sleazy the entire operation is at the Center for Medical Progress.