If you guessed it would involve Nicolas Cage, you would be correct 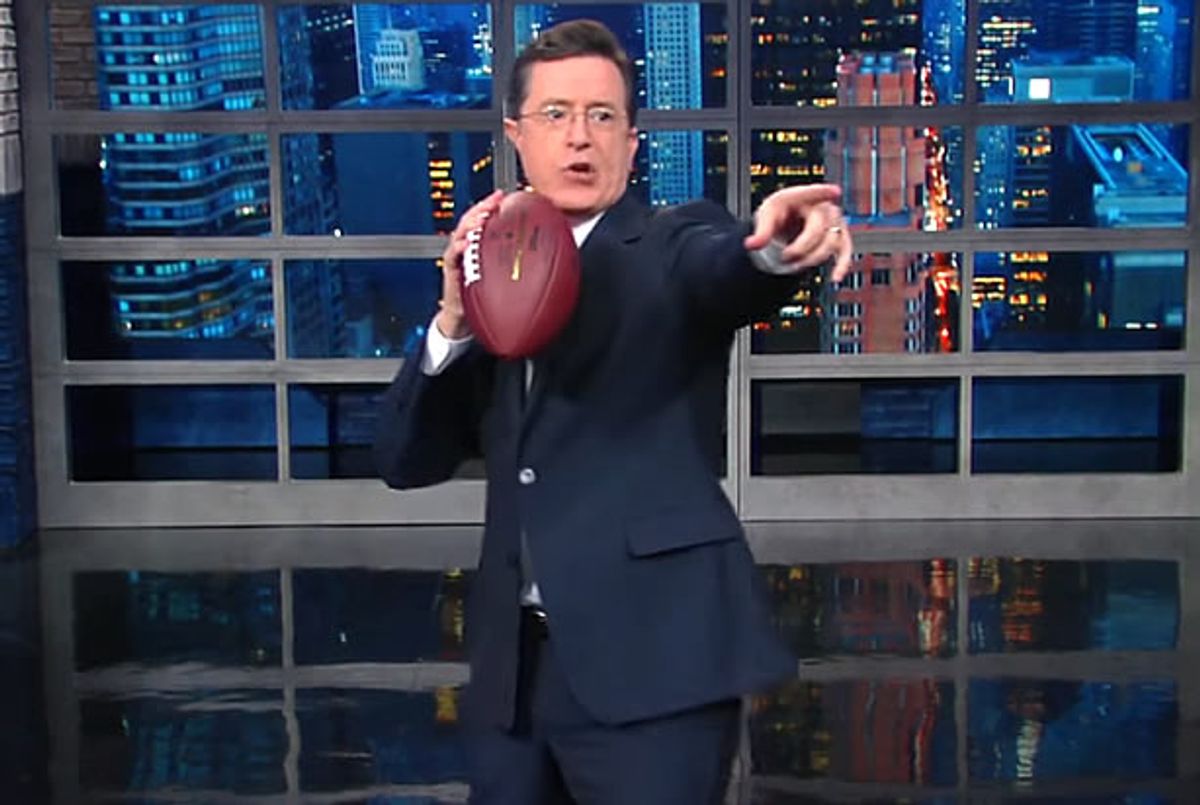 After the Super Bowl and Peyton Manning stopped flouting Commissioner Roger Goodell's moratorium on players advertising alcoholic products -- "I'm going to drink beer," the 5-time MVP repeatedly told reporters as to his post-victory plans -- Stephen Colbert tossed a football around with some people who may or may not have just watched the Denver Broncos defeat the Carolina Panthers.

He threw the ball first to Afghanistan, then the International Space Station, where it ended up in the hands of Chewbacca, who tossed it back to Colbert. "The Late Show" host then threw the ball to President Barack Obama, who despite participating in the skit via a pre-taped segment in which the president still congratulated the correct team for the win.

"This was a pre-tape!" Colbert exclaimed. "How could you possibly know that?"

"I'm the president, Stephen," Obama explained. "It turns out that all of the Super Bowl winners for the next 50 years are written on the back of the Constitution. That's the plot of 'National Treasure 3.'"

"But there is no 'National Treasure 3'!" Colbert replied.

"That's what you think," the president said. "There will be -- the script's already written on the back of the Declaration of Independence."

Watch the entire opening skit below via the Late Show with Stephen Colbert.