Yet another post-Iowa poll shows Sanders and Clinton tied nationally

After his close loss in Iowa, Bernie Sanders wipes away Clinton's more than a 2-to-1 advantage to close the gap 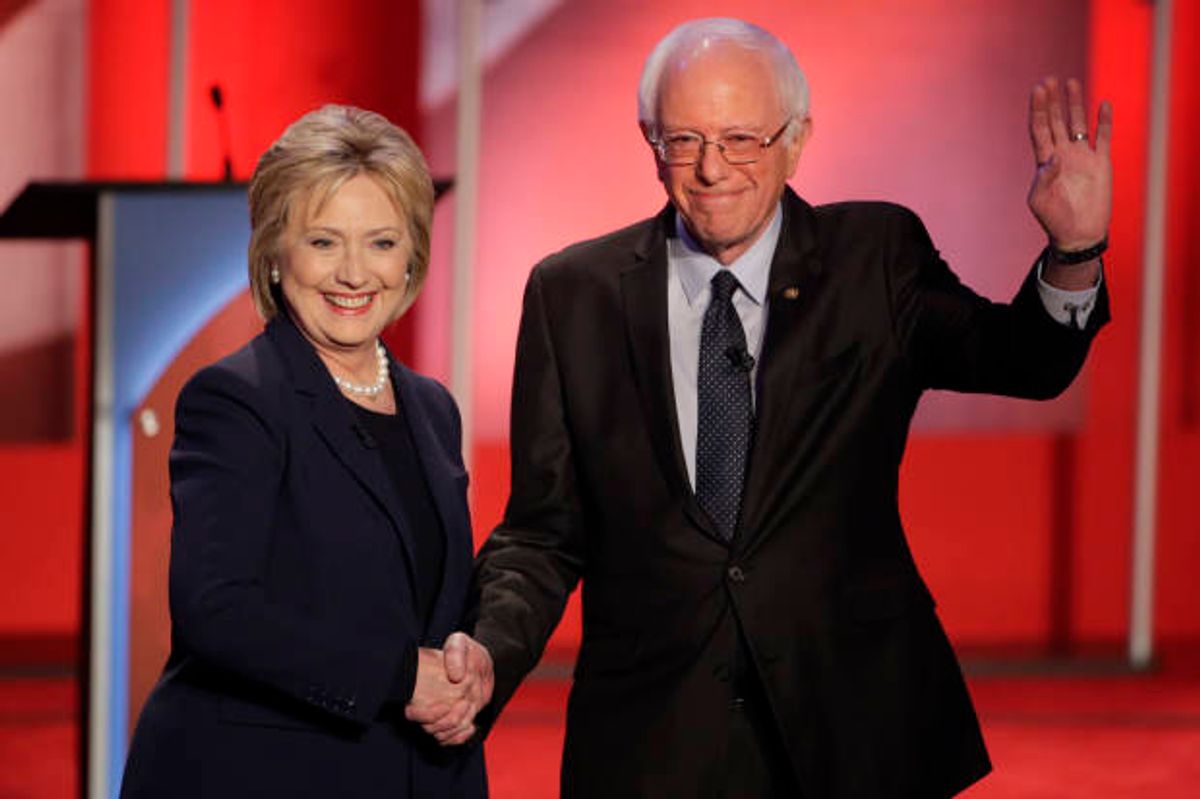 After a partial recount of the Iowa caucuses this weekend, Clinton retained her first place finish in the Hawkeye State but found her razor-thin margin of victory narrowed to eek out a to 49.84 percent to 49.59 percent win over Sanders. But the national media attention that followed what Sanders described as a "virtual tie" appeared to bolster the Vermont's senator's momentum heading into the New Hampshire primary -- at least with Democratic voters nationally, if not voters in New Hampshire.

A UMass Lowell/7News tracking poll from February 1, the day of the Iowa caucuses, to February 8, saw Sanders' lead in New Hampshire shrink by half following his narrow defeat in Iowa and the first one-on-one debate against Clinton. Still, even as New Hampshire state polling showed his advantage in the state slipping throughout the week, Sanders holds a seemingly insurmountable 16 point advantage over Clinton one day ahead of the vote.

And nationally, Sanders' appeal appears to be growing, according to a series of recent post-Iowa polls. On Friday, a Quinnipiac poll found that Sanders had cut Clinton's more than 30 point lead down to two points, within the margin of error. A new Reuters/ISPOS poll released on Monday found Sanders jump from 30 percent support at the beginning of the year to 43 percent support this month. The poll conducted February 2-5 still finds Clinton leading nationally, but now only by a three percentage points, again within the margin of error.

Of note as the rival campaigns find themselves locked in a battle over the employment of sexism by supporters this week, the Reuters poll also finds Sanders garnering more support from women than men across every age group.

Of course, a trend a couple of polls does not make, and another polling outfit, Public Policy Polling, released a national poll showing Clinton with a 21 point lead over Sanders last week. Clinton still maintains a 13 percent advantage in the Real Clear Politics average of national polls, although the latest Reuters survey has not yet been factored.