They weren't risky like Throwing Muses or splashy like the Breeders, but 20 years later, Belly's melodies hold up 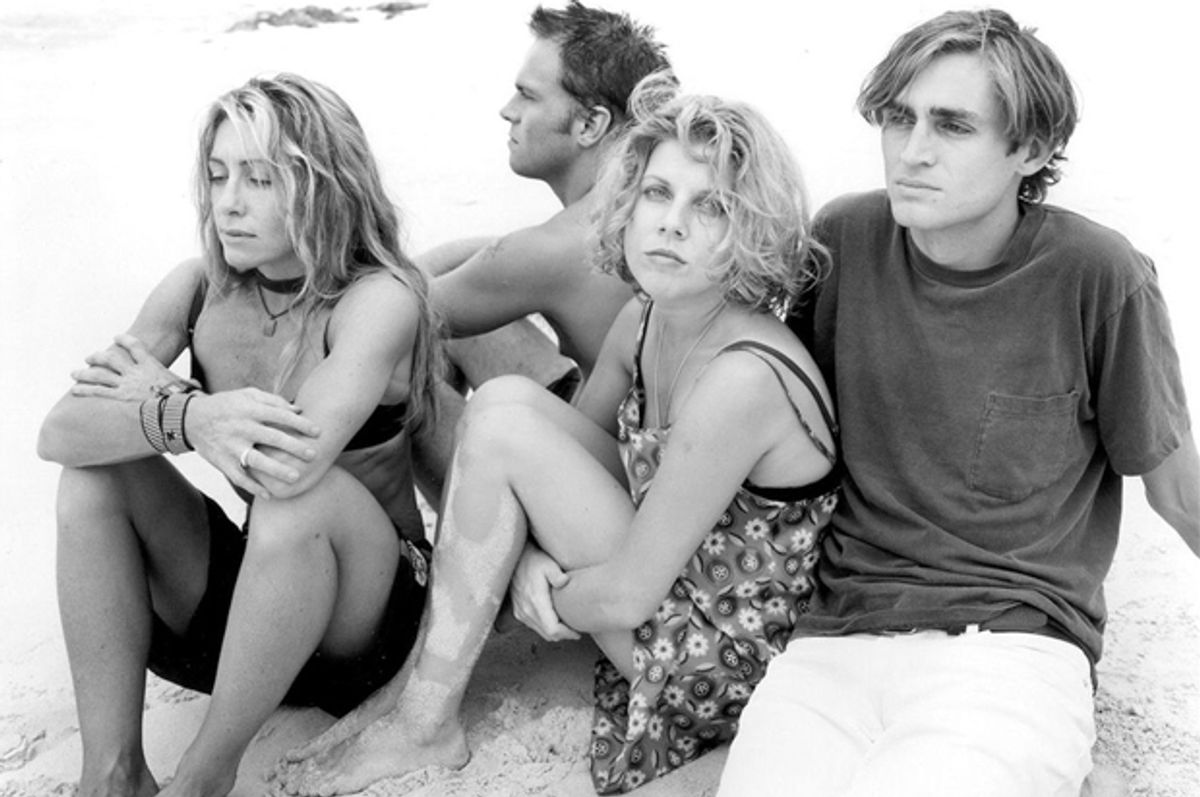 Bands from the 1990s – Gen X’s heyday – have been getting back together at a steady clip now, with even bands with bitter breakups finding a reason (usually a festival and a big paycheck) to reconvene.

News of another one just broke, and it may cause some hand-wringing among your Xer friends. If you’re an Xer yourself, you might be unsure of how to take it. During their original run in the ‘90s, Belly was seen as a bit lightweight, even by people who liked the band. But that wasn’t entirely fair, and Belly’s reunion – announced on the band's website Monday – is good news. The band will reunite to play shows in the U.K. in July, with U.S. dates "scattered throughout August and possibly into September."

According to the band, they've also "got a handful of brand-new Belly songs in various stages of writing and recording, that we’ll be releasing one by one over the next few months. First previews will be right here on the website!"

Not a lot of other '90s alt-rock bands would have used that exclamation point unironically.

Belly occupied a funny niche in those days of “alternative rock.” During the period after Nirvana’s ”Nevermind” hit, displacing Michael Jackson on the Billboard chart, college-radio bands were signed rapidly and indiscriminately, and a backlash against some of them began at the same time. It wasn’t just because some songs became inescapable on the radio and college bars and music television, just as Deep Purple and Steve Miller had been on AOR. But it was also because bands like Bush and Smashing Pumpkins were selling by taking existing indie-rock styles and rubbing the edges off.

Some of this backlash was fair, and some of it wasn’t. Either way, Belly became a kind of symbol of the lighter, poppier alternative bands that audiences were favoring over the more experimental or riskier stuff. Poptimists will tell you that this is all about gender and macho nonsense – and sometimes it was – but with Belly, the shallow reputation had to do with a female-led band that lead singer Tanya Donelly had previously been a member of: Throwing Muses. She’d helped found the group with Kristin Hersh, and the Muses spent many years as a risk-taking, eccentric group – they’ve existed as a group on and off since 1986. Whether solo or with the band, Hersh’s guitar voicings are some of the oddest and most striking in the genre and her lyrics manage to be both surreal and deeply personal at the same time.

By contrast, Belly was a catchy band that came together quickly and had an instant hit with its 1993 album “Star” and the single “Feed the Tree.” Then one more record that didn’t quite work – “King,” which now sounds like the better album -- and it was over by 1996. (Donelly went on to a busy solo career.) So instead of looking like a group that coasted on easy charm, Belly seems, two decades later, one that never quite had its chance. Belly starts to come across like the Breeders, also a Muses-related band that were briefly inescapable in the early ‘90s and to which Donelly belonged for a little while. Belly’s songs are a mix of power pop and dreampop, with hazy guitars and decent vocal harmonies.

And here’s why at least a few of us children of the ‘90s are excited about the possibility of Belly trying it again. The groups from that circle – Hersh and the Muses, the Breeders, even the Pixies, who used to be an indifferent live band – have aged well, and all put on excellent live shows decades later. The bar is pretty high. Some of Donelly's solo songs also inspire confidence.

So whether you’re a confused Gen Xer or someone trying to decode the generational symbols, take heart. This is not a Guided by Voices or Yo La Tengo-level band. But Belly was never a corporate sellout either. Some – not all -- of the old ‘90s rallying cries should be put aside. Belly was always a tuneful, melodic group, and with the context changed, its songs may sound fresher now than they did the first time around.