Bill Maher burns it all down: Trump's an idiot, Sarah Palin's "on meth," Hillary Clinton is "such a Charlie Brown"

The "Real Time" host penned a scathing essay for The Hollywood Reporter, throwing barbs in all directions 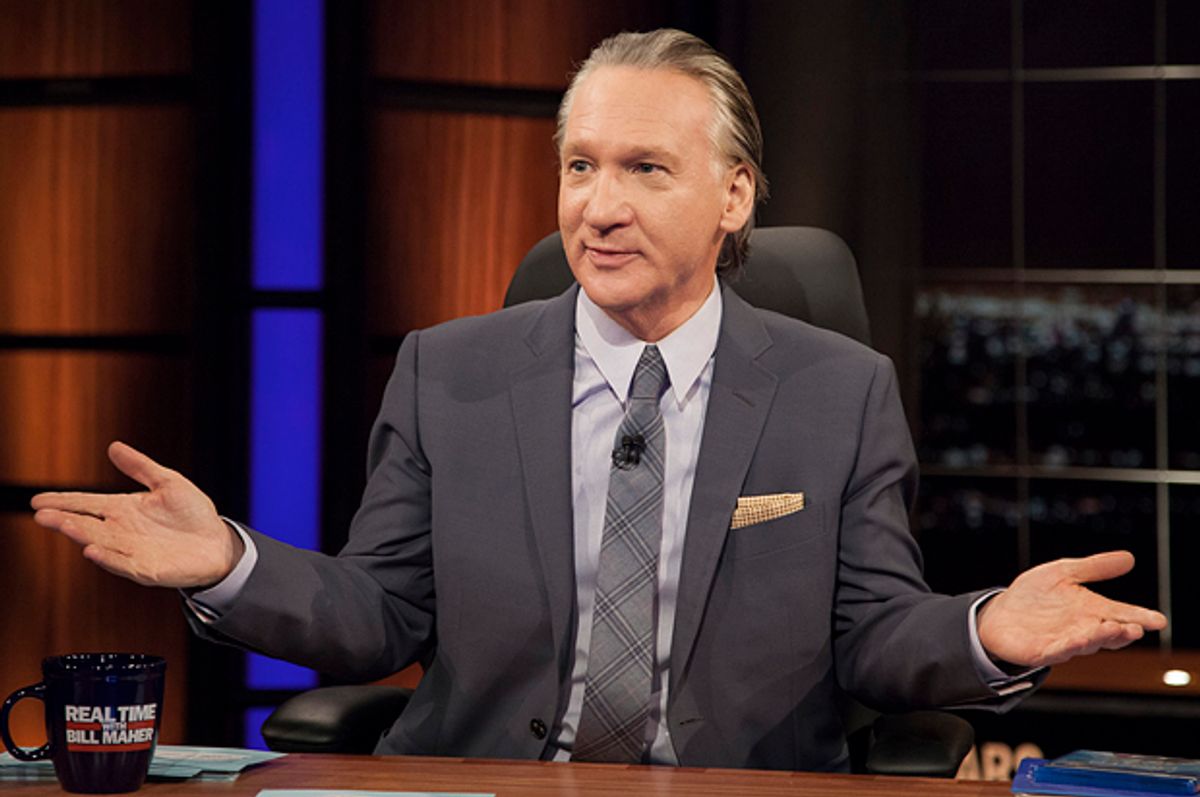 In a front-page profile for The Hollywood Reporter, "Real Time" host Bill Maher characteristically flung criticism in all directions.

As per usual, Maher's burns weren't restricted to one or the other side of the aisle, but some were hit harder (e.g. Trump), while others received only glancing blows (e.g. Sanders).

The medical community classifies burns on a scale from first- to third-degree.

The following can be classified as 1st-degree burns (“mild compared to other burns,” affecting only the outer layer of the skin):

"... poor, poor Hillary Clinton. I mean she just is such a Charlie Brown figure.”

Given that “The Peanuts Movie” grossed $200 million at the box office and garnered lukewarm reviews, it’s not the least apt comparison.

“… obviously says whatever flies into his head — there are Tourette's patients with more control — and people like it.”

It’s hard to even argue that this is a burn. Tourette’s patients didn't ask to be lumped in with this guy, but there’s hardly anything here Trump would disagree with, either.

Next, the 2nd-degree burns, affecting outer and lower layers of the skin and may cause blistering:

“We live in a country where people love guns. I call them ‘ammosexuals’: the people who polish them and take pictures with them and go on dates with them to Chipotle.”

As a result of seemingly innumerable E. coli cases, almost no one goes to Chipotle anymore. And to add insult to injury, the people who are patronizing the fallen-from-grace fast-casual joint tote open-carry permits. That said, at least someone’s ordering the carnitas.

“I offered Trump $5 million if he could prove that he was not the son of his mother and an orange-haired orangutan. And this idiot goes into court to get the $5 million from me. He brings his birth certificate in as if it was going to say "orangutan" on it or as if it's even possible for a human and an orangutan to have a child.”

It took official documentation to prove beyond a reasonable doubt that Fred Trump—and not an ape—collaborated on the creation of his son. Looking at it from another angle, Donald brought his birth certificate to court to defend Fred’s honor, inspiring Harry Chapin to pen “Cats in the Cradle.”

“She got the country used to someone on the level of a car show spokesmodel being presidential timber … I almost feel bad making fun of her because I think she's on meth or something.”

In suggesting Palin is under the influence of meth—and not her own delusional lunacy—Maher takes away some agency from the ammosexual maverick. It’s certainly not an insult Palin hasn’t heard before. But, unlike animals, former Governors of Alaska have feelings, maybe.

Finally, the 3rd-degree burns, the most severe, affecting the deeper tissues beneath the skin:

“Maybe Trump's supporters withered a little when someone said, ‘Hey, are you going to actually vote for this Spam-colored parade balloon?’”

This is a very valid point, and perhaps explains Trump’s soaring victory in the secret-balloted New Hampshire primary. However, Trump supporters are pretty much unabashedly far-right on every other front. To suggest they’re not loud and proud Trumpers when it counts is a far greater affront than anything dealt Rand Paul or Megyn Kelly.

“What does [Trump] have to do to get people to turn against him? Fart in Jesus' face or call Reagan a fag?”