Obama "on verge of" launching another bombing campaign in Libya, after dropping 23,144 bombs on six countries in 2015

The U.S. persistently uses bombs to try to solve the very problems its own bombs created 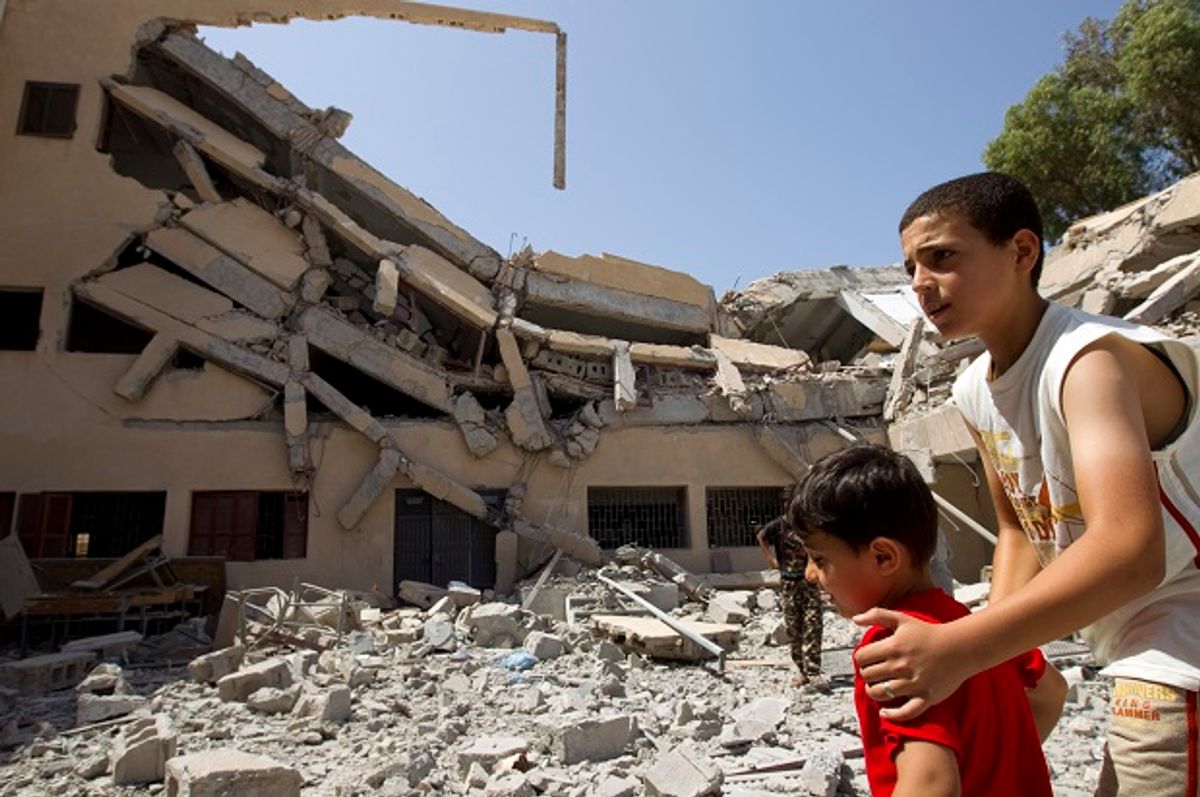 The government has not officially declared war in Syria, Pakistan, Yemen or Somalia, but this hasn't stopped it from bombing them, or from waging a secretive drone war in Pakistan, Yemen and Somalia for more than a decade.

Yet it appears these wars are not enough. The Obama administration is "on the verge of taking action" against ISIS in Libya, Sen. Bob Corker, the chairman of the Senate Foreign Relations Committee, told Politico.

The U.S. insists it does not plan to deploy ground troops to the oil-rich North African country, but Obama said the same thing about Iraq and Syria, and there are now 3,700 American soldiers in the former and scores of special operations forces in the latter.

In an attempt to normalize the proposed intervention, the White House pointed out in a daily press briefing that it has actually already carried out airstrikes in Libya since the 2011 NATO war.

As Salon stressed in a piece about the escalation toward the new war in Libya, the disastrous 2011 NATO bombing of Libya plunged the country into chaos. Today, in the aftermath, there is no functioning federal government, and large swaths of the country are now controlled by rivaled factions and extremist groups.

There are presently estimated to be 5,000 to 6,500 ISIS fighters in Libya. There were zero before the U.S.-backed war.

In the mean time, thousands of Libyans have been killed, and hundreds of thousands are fleeing, seeking refuge elsewhere.

Hawkish Democratic presidential candidate Hillary Clinton played a pivotal role in this war, essentially leading it as secretary of state. The Washington Post reports that she has since "repeatedly defended the Libya military intervention as U.S. 'smart power at its best.'"

When Libyan dictator Muammar Gaddafi was sodomized with a bayonet by rebels, Clinton gloated live on TV, declaring "We came, we saw, he died."

The real Benghazi scandal is that the once bustling city is in ruins today, in the wake of the NATO war, with large chunks of it under the control of extremist group Ansar al-Sharia.

The situation in Iraq is very similar. Al-Qaeda was not in Iraq before the illegal 2003 U.S.-led invasion, and ISIS did not even exist. The catastrophic U.S. war and occupation dissolved the government, fueled violent sectarianism, destabilized the region as a whole and led to the deaths of more than 1 million Iraqis.

U.S. intelligence agencies have admitted that, despite spending an average of $9.4 million on bombing ISIS in Iraq and Syria, its airstrike campaign, when isolated from ground forces like the Kurds, has been ineffective.

A French journalist formerly held captive by the extremist group has even warned that "strikes on ISIS are a trap," insisting "with the bombings we are more like pushing people into the hands of ISIS," rather than weakening it.

American military intervention in Afghanistan has been much the same. "The Taliban now control more of Afghanistan than at any time since October 2001," journalist Antony Loewenstein, an author of numerous books and Guardian columnist who has spent time in Afghanistan and neighboring Pakistan reporting on the U.S. war and occupation, told Salon in a forthcoming interview about his book "Disaster Capitalism."

Fifteen years of U.S. war and occupation in Afghanistan have only brought us back where we started — with an estimated quarter of a million Afghans dead in the process.

"President Obama has now pledged to maintain an indefinite occupation and the U.S. military claims U.S. forces will need to stay in the country for decades to support a failing Afghan state," Loewenstein added.

"The presence of ISIS only complicates the picture, especially for Afghan civilians," Loewenstein continued. "The longest war in U.S. history has not achieved any of its stated goals and the Afghan people, often forced to chose between the Taliban and a U.S.-backed warlord, often pick the former. That's the legacy of the U.S. war."

The U.S. bombing in Afghanistan, Iraq and Syria is clearly not working; the idea that it somehow will in Libya is absurd.

In his report on the 23,144 bombs the U.S. dropped in 2015, which he notes is a conservative estimate, Council on Foreign Relations Senior Fellow Micah Zenko notes that "The primary focus — meaning the commitment of personnel, resources, and senior leaders' attention — of U.S. counterterrorism policies is the capture or killing (though, overwhelmingly killing) of existing terrorists."

"Far less money and programmatic attention is dedicated to preventing the emergence of new terrorists," Zenko points out.

That is to say, the U.S. military mirrors the notoriously inefficient American health care system, which is largely focused on treatment of maladies, not prevention of them.

"I often ask U.S. government officials and mid-level staffers, 'what are you doing to prevent a neutral person from becoming a terrorist?' They always claim this this is not their responsibility, and point toward other agencies, usually the Department of State (DOS) or Department of Homeland Security (DHS)," Zenko explains.

"DOS and DHS officials then refer generally to 'countering violent extremism' policies, while acknowledging that U.S. government efforts on this front have been wholly ineffective," Zenko adds.

Instead of countering violent extremism effectively, the U.S. resorts to trying to bomb  it out of existence.

The U.S. is a country at perpetual war; it persistently uses bombs to try to solve the very problems its own bombs created.

In 2016, Americans have become desensitized to war. The U.S. has been involved in incessant military conflicts for at least the past century, and even longer. Another war being added to the list is apparently no longer news-worthy.

Yet if history is an indicator, and it always is, the new war in Libya will be just as effective as the old one.