The truth about Hillary Clinton's "problem" with women: In reality, men in New Hampshire also rejected her in droves and backed Bernie

Clinton's performance with female voters in New Hampshire isn't a surprise, and isn't a rejection of feminism 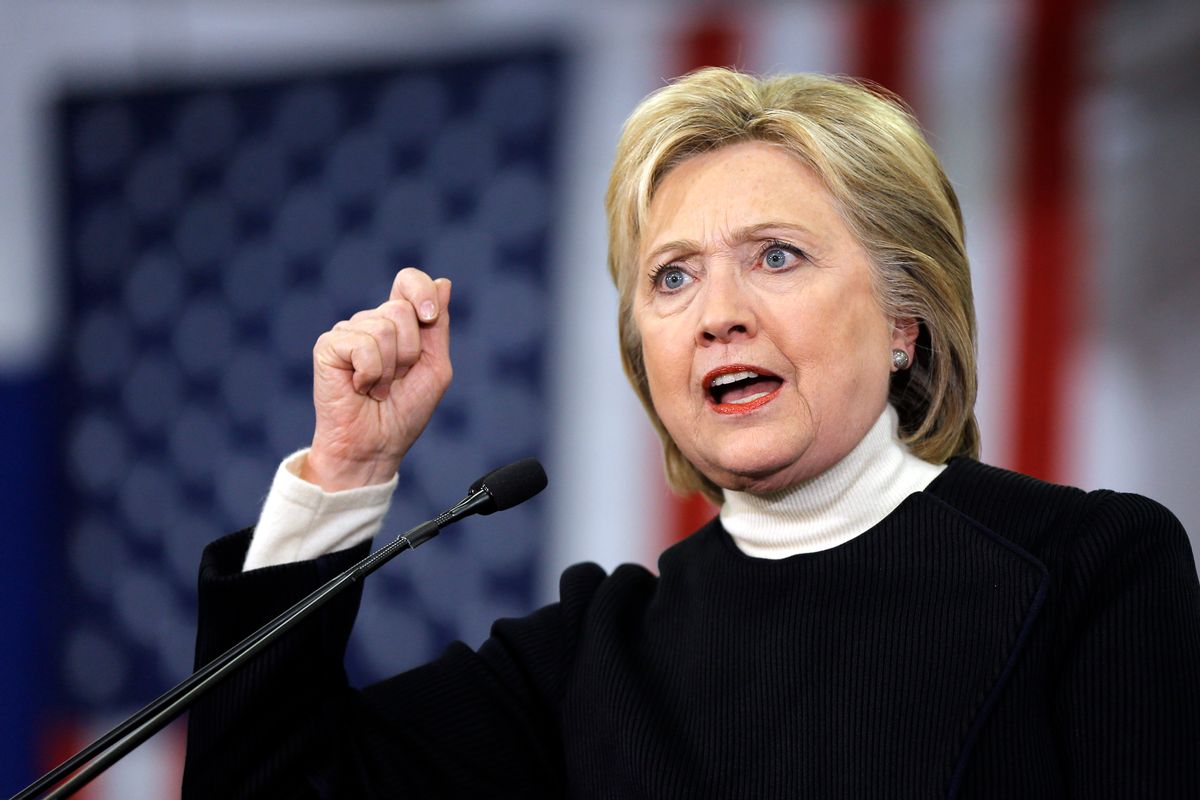 Once the mainstream media gets hold of a titillating catfight narrative, there is no prying them off it, it seems. In Tuesday's New Hampshire Democratic primary, Bernie Sanders won the majority of female voters, at 55 percent, and you could practically hear the drool hitting the page. "Clinton Falters With Women in New Hampshire Amid Gender War" reads the headline at NBC News. Young women's high support for Sanders is of special interest. You'd think this was a story about a nubile mistress making a grab for her man while shoving the first wife out of the way, instead of a story about something as unsexy as voting.

In fact, men voted in even higher numbers for Sanders than women — 66 percent— but you're not seeing a lot of headlines questioning why men are rejecting the female candidate. Perhaps it's because men are seen as a baseline and women are a deviation. Or maybe it's because men are just expected to reject women seeking power, a depressing thought indeed. Considering that more men than women voted for Sanders, there's more of an argument made to be that gender identity was a factor there, which strikes me as a far more interesting story than wondering, once again, why women keep voting like they were complex people with complex motivations, just like men are.

There's no reason to think the Sanders pitch to voters, which involves free college and single-payer health care and a broad attack on Wall Street, would somehow resonate less with women than it does men. On the contrary, Pew Research shows that women are more likely than men to endorse what Sanders describes as "socialist" ideals. Considering that men are less socialist than women, the real question here is not why Sanders appeals to women, but why he appeals even more to men, when the opposite, simply based on policy preferences, is what you'd expect.

Sanders was expected to win the New Hampshire primary in no small part because his image as an iconoclast who is eager to embrace words like "socialist" and condemn others as "establishment" fits right in with the political culture of New Hampshire, where voters often like to think of themselves as independent-minded sorts. There's zero reason to think women are somehow dramatically different from male voters in New Hampshire on this front.

Similarly, there's no reason, snark on Twitter about "vagina voters" aside, to believe that Clinton won the majority of female voters in Iowa just because she's a woman. Clinton's argument that she's a progressive who "gets things done" has an appeal beyond gender. Women, just like men, have health care concerns and job concerns and Clinton's promise to protect the gains made under Obama is going to resonate on that level with female voters.

The myth that women are a unified voting bloc that is hyper-focused on gender issues at the expense of all other concerns just keeps persisting, like a sexist vampire, even though every election cycle shows, yet again, that women are a diverse group and that many of them, gasp, don't even support women's rights.

In the 2012 election, Barack Obama, the pro-choice and pro-equality candidate, won the majority of female voters, but it was quickly revealed that he lost certain prominent subsections of the women's vote. Romney actually won the majority of white female voters and the majority of married female voters.  As Dante Chinni pointed out in the Atlantic in 2012, the margins were not significantly different from 2008, even though Republicans had spent the first term of Obama's presidency waging an all-out war on women, attacking not just abortion rights but contraception access.

The reason this doesn't move the needle much is, in part, because a whole bunch of women are anti-choice. They don't vote for anti-choice Republicans despite their views on this issue, but often because of them. Hell, it was a woman at that Trump rally who yelled the word "pussy" to describe Ted Cruz, a word Trump then gleefully repeated.

Obviously, both Sanders and Clinton are not just pro-choice but back nearly identically pro-feminist platforms, and there's no reason to think that their female supporters (or male supporters, for that matter) disagree. But if you can't get women, as a class, to vote together for their own rights, there's definitely no reason to think they'll form into a coherent voting bloc for less pressing concerns on the "women's issue" slate.

Because men are treated like the norm and women like a deviation, it becomes easy to fall into this trap of thinking that individual women are women first and people second. But that's not actually how women experience their own lives. Like men, women are a hodgepodge of identities and beliefs —race, geography, class, family, political party, pet preferences, musical tastes, sleep number, whatever— and those things all come out in the mix when making voting choices. A woman is just as likely to think, "As a college student, I like the idea of free tuition" as she is to think, "As a woman, I like the idea of a female President." Indeed, many women have both ideas bouncing around their heads and felt like they had a hard choice to make between the two.

This is shaping up to be a long primary and certainly election season, for which there will be many stories wondering why women vote the way they do, those mysterious vixens. The answer will be the same, every time: Because they are people, just like men and, like men, they have a diverse set of interests and desires that shape their choices. It's not a very sexy explanation, but it has the benefit of being true.