Clinton slams Republicans' "outrageous" obstruction on Scalia's replacement: Obama is president "like it or not" 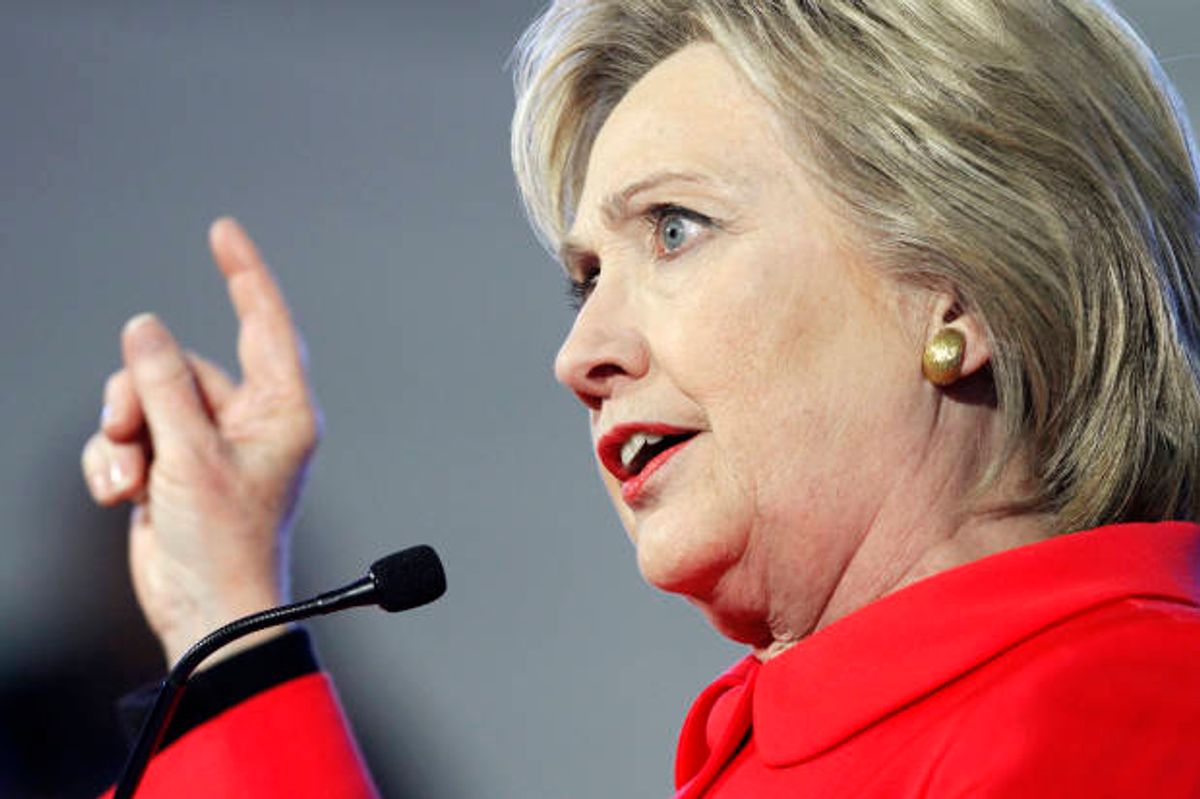 With Republicans in Congress and on the campaign trail nakedly politicizing Supreme Court Justice Antonin Scalia's passing on Saturday, Hillary Clinton asserted that it is President Obama's prerogative to nominate a successor, slamming Republicans who "dishonor our Constitution" with demands the President refrain from selecting Scalia's replacement.

“I plan to fulfill my constitutional responsibilities to nominate a successor in due time.”

While the Republican candidates defended their demands that Obama either not nominate a successor or the Senate block any eventual nominee, Democratic presidential candidate Hillary Clinton released a statement slamming Republicans in the Senate like Mitch McConnell who "dishonor our Constitution" by calling for Justice Scalia's seat to remain vacant.

Speaking at a Colorado Democrats dinner in Denver, Clinton went even further in her critique of Republicans' ridiculous demand.

"It's outrageous that Republicans in the Senate and on the campaign trail have already pledged to block any [Supreme Court] replacement that President Obama nominates."

"Let me just make one point," Clinton said to the room of Democrats. "Barack Obama is President of the United States until January 20, 2017—that is a fact, whether the Republicans like it or not."

"Elections have consequences," she continued.

Clinton also took direct aim at Texas Senator and Republican presidential candidate Ted Cruz, alluding to his (and Senate Judiciary Committee Chair Rep. Chuck Grassley's) misleading claim that the Senate has not confirmed a Supreme Court nominee during an election year in 80 years.

"But the confirmation for Justice Kennedy took place in 1988, that was an election year, and he was confirmed 97 to nothing," Clinton shot back as CBS debate moderator John Dickerson pointed out that same fact to Cruz during the debate.

Republicans' demands on Scalia's replacement are "totally out of step with our history and constitutional principals," Clinton said.

If anyone needed a reminder of how important it is to elect a Democratic president, look at the Supreme Court.https://t.co/j4aT4FO1gr