Jeb! attempts to defend Bush family legacy during GOP debate: "While Trump was building a reality TV show, my brother was building a national security apparatus to keep us safe"

Jeb tried to get snappy with Trump and The Donald hit back by, again, blaming Jeb's brother, W, for 9/11 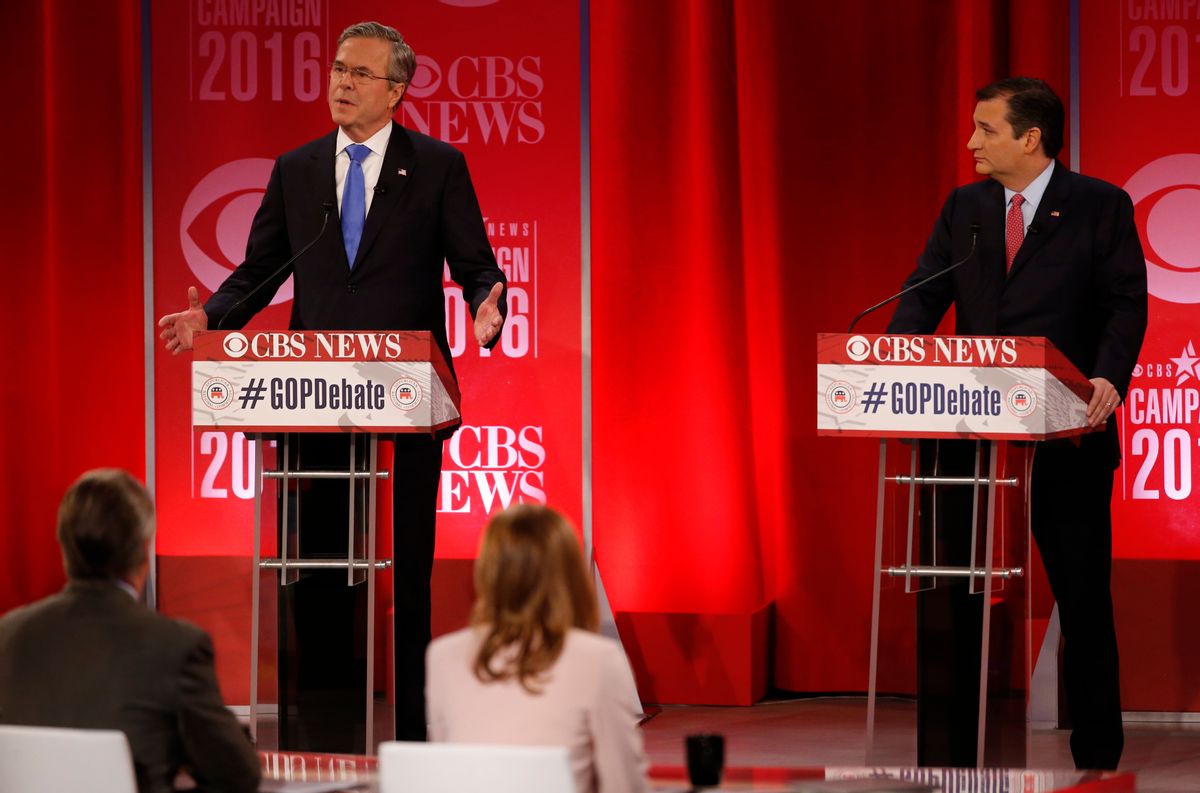 It is in the Republican presidential primary, not the Democratic primary, where candidates in 2016 are vigorously debating if former president George W. Bush is to blame for failing to prevent the attacks on 9/11 and whether he should have been impeached for lying about WMDs.

Donald Trump has effectively hung the albatross of 9/11 and the Iraq War on rival Jeb Bush's neck throughout this presidential campaign cycle and on Saturday, the billionaire frontrunner attempted to deliver the knock out punch with a blistering assault during the GOP debate.

To loud boos from the South Carolina audience, Trump shot back that “the World Trade Center came down” because W “didn’t listen to the advice of the CIA.”

“How did he keep us safe when the World Trade Center came down? That is not safe," Trump continued.

Trump has hounded Bush over his brother's legacy for months now. Still, John Kasich, who said he was "sick of the negative campaigning," had to jump into the fray to save Bush from Trump's deluge.

"This is just crazy. This is just nuts. Jeez, oh man," Kasich commented, trying to play up his Midwestern moderate image.

Marco Rubio also chimed in with an assist for Jeb: “Thank God that it was George W. Bush in the White House on 9/11 and not Al Gore.”

Clearly scarred by his tussle with The Donald, Bush later alluded to "you know who," refusing to even name Trump explicitly during round two of their battle over what Bush called Trump's "disparaging" comments about Mexican immigrants and women.