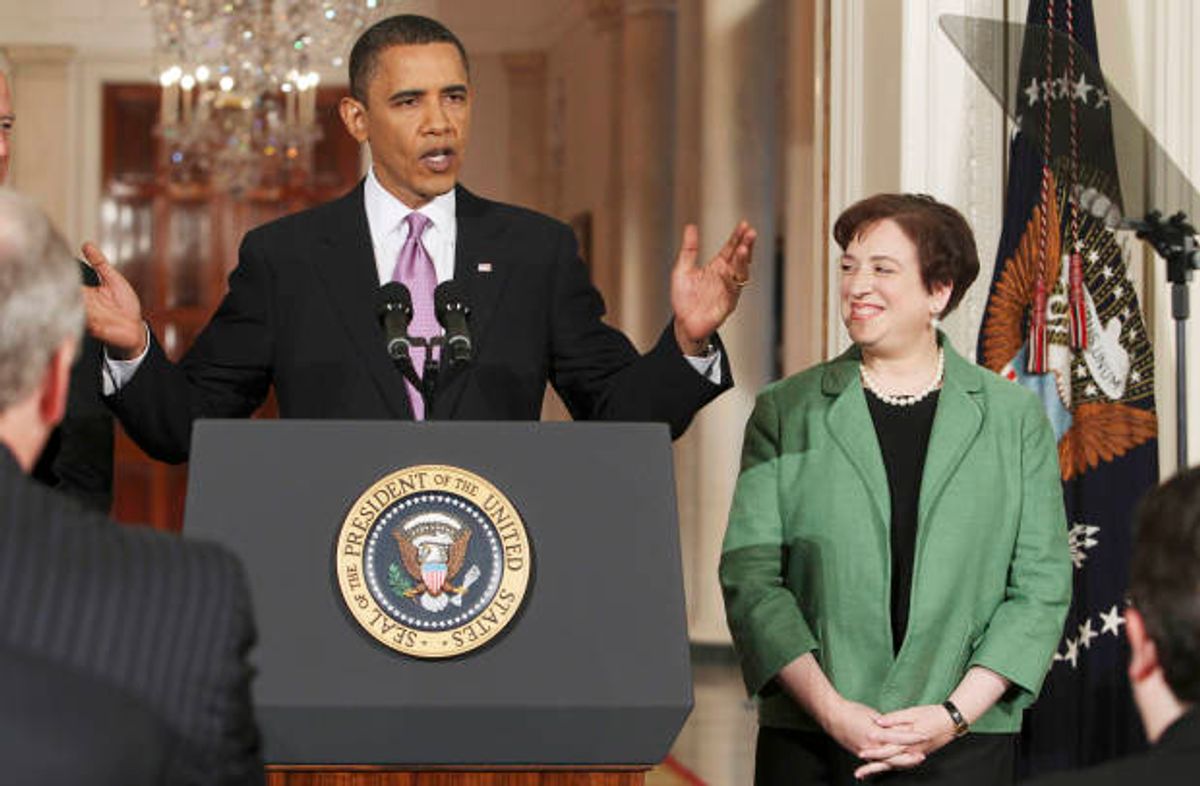 Republicans' opening salvo in the upcoming nomination battle for Supreme Court Justice Antonin Scalia's successor was not only offered prematurely, within minutes of confirmation of the 79-year-old Justice's passing and before either the White House or the Supreme Court could lower their flags to half staff, it was predictably extreme in its demand that President Obama not even offer a nominee, arguing that it is inappropriate and even unprecedented for a supposedly lame duck president (Obama still has 11 months in office) to nominate someone for the Supreme Court during a presidential election year.

Senate Judiciary Committee Chair Chuck Grassley said "the fact of the matter is that it's been standard practice over the last 80 years to not confirm Supreme Court nominees during a presidential election year":

Senate Majority Leader Mitch McConnell reacted to Scalia's death by arguing that "this vacancy should not be filled until we have a new President:

With the GOP's emerging narrative of steadfast obstruction taking shape, and some journalists already dismissing Republicans' extreme reaction with a reflexive pox on both houses reasoning, CNN's Jake Tapper reports that President Obama is prepared to name a Supreme Court nominee: